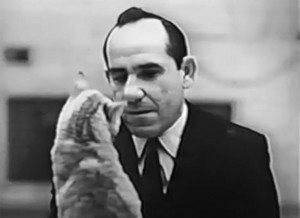 The December 2013 Centennial eNews published a story titled “Filmings at Regis Through the Years.” The story—which highlighted television shows, commercials, and movies where Regis appeared as the backdrop—suggested the list may not be complete, and encouraged alumni to help us add to the list. Within hours of the publication, Art Bender, S.J. ’67, longtime History teacher at Regis, was quick to inform us of one of the more unique filmings that took place at Regis years ago.

Sometime in the mid-1960’s, a rising advertising guru named George Lois was developing an ad campaign for the Quaker Oats Company's cat food brand, Puss ‘n Boots. Lois had the clever idea of using a sports figure in the commercial as a character and not as a traditional direct pitch man. He chose the New York Yankees' Yogi Berra for the role, and began looking for a gymnasium for filming.

It just so happened that Regis had recently completed a major renovation to create a new gymnasium for its students by using space originally dedicated to the auditorium. Quite different from the auditorium Regians know today, the original version could seat over 750 people in the main floor and two balconies. This ornate space was divided in the late 1950’s to create what we know today as the Upper Gym. The new, smaller auditorium was completed and blessed in 1957.

While the details behind choosing Regis as the location for the ad are lost to history, somewhere along the way the powers-that-be worked out the details and Yogi Berra made his way to 84th Street for filming. The commercial’s final cut features a cat exercising in the gym by jumping over the Regis pommel horse and using a trampoline. Berra then proceeds to have a “conversation” with the cat regarding the cat’s fitness and diet, praising the virtues of Puss ‘n Boots cat food. The cat’s voice was provided by none other than Berra’s friend and teammate, Whitey Ford.

The ad became a success and is often referred to as Berra’s best TV spot up until his appearances alongside the Aflac duck, (early 2000’s). Lois went on to pursue a very successful career in advertising, best known for over 92 cover designs for Esquire magazine, and developing the famous “I Want My MTV” ads of the 1980’s and the ESPN “In Your Face!” campaign of the 1990’s.

Teammates would often joke about Berra starring in a commercial with a talking cat, but he often had the last laugh: “Who do you know that got paid pretty good for talking to a cat?”

Above: A recording of the 1960's Puss 'n Boots commercial filmed in the Regis High School gym featuring Yogi Berra chatting with a cat voiced by Yankees teammate Whitey Ford. 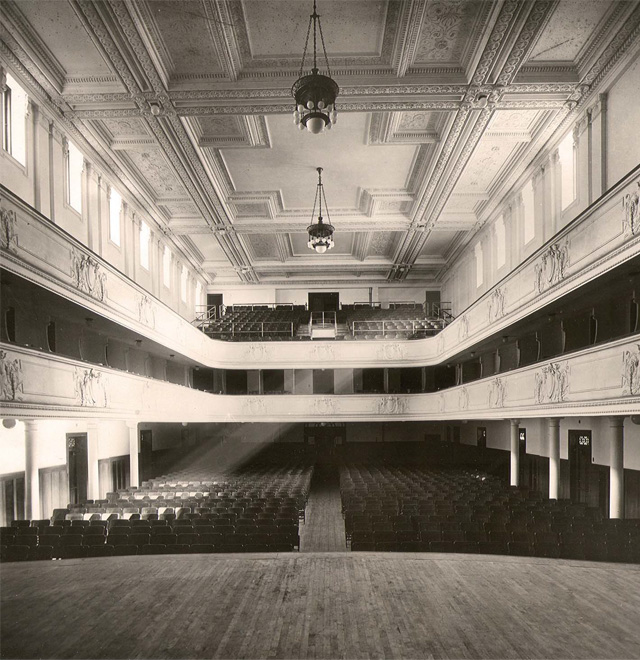 Above: The original Regis Auditorium, prior to the renovation to construct the Upper Gym. 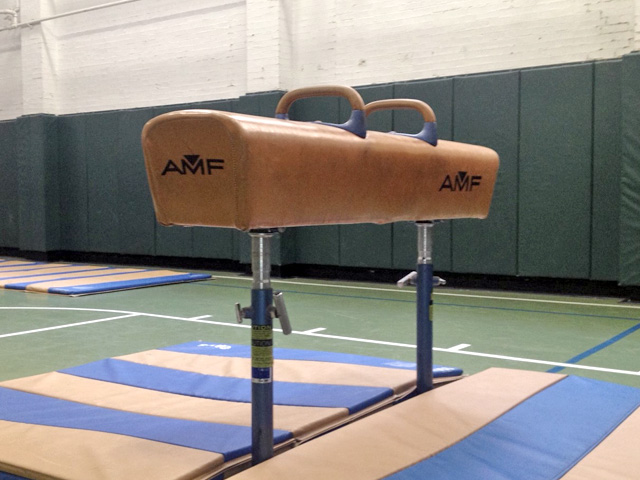 Above: The Regis pommel horse was assembled in the lower gym earlier this month for a Phys Ed gymnastics class.