You could hear the affair before you could even see the gym—a rapturous chorus of ooh's and ah's from students, sneakers squeaking on the parquet courts, the thump-thumping of feet on bleachers.

And the sight was something to behold. Students on either side of the gym never left their seats for the duration of the three games. It was a Triple Header to remember, full of excitement, drama, good basketball, and—yes—noise.

The freshman game kicked things off at 3:45. A raucous crowd urged the Raiders onward, but they unfortunately fell in a hard-fought battle, 62-39. Regis, which plays in the CHSAA 'B' division, kept the contest close until the end, when Xavier (who are in the 'A' division), began to run away with it.

The JV game was a defensive struggle, with Xavier prevailing 47-35. The Regis team gave the crowd a lot to cheer about, playing an impassioned and physical game.

At 7:00, the stage was set for the main event—the varsity showdown. Regis played a phenomenal game, defending with aplomb and moving the ball well to create scoring chances. After three quarters, the game was all square. Though Xavier ultimately came out on top, the final score of 58-49 belies how close this game really was. It was never more than a two possession game until Regis was forced to foul in the final seconds, giving Xavier free throws. The Regis crowd was appreciative of the team's effort, and kept the energy high and positive throughout the duration of the game.

Many who couldn't attend the game were still able to watch from home, thanks to the Regis Broadcasting club's livestream. Student announcers and crew worked tirelessly to bring the vaunted Regis-Xavier Triple Header into the living rooms of the Raider faithful. Thanks to everyone who tuned in!

Congratulations to the players, coaches, and broadcasting crew. It was another Triple Header to remember. 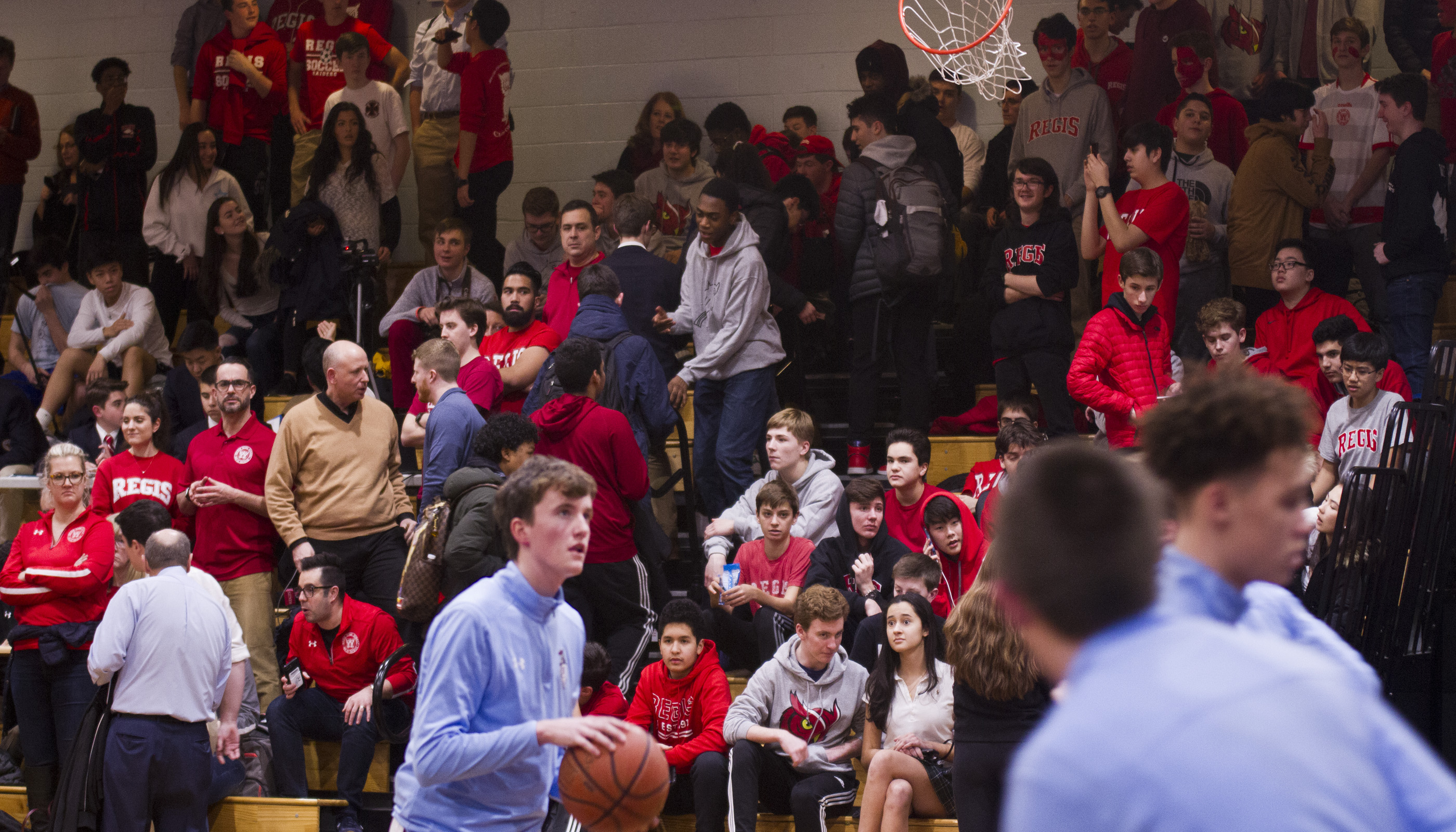 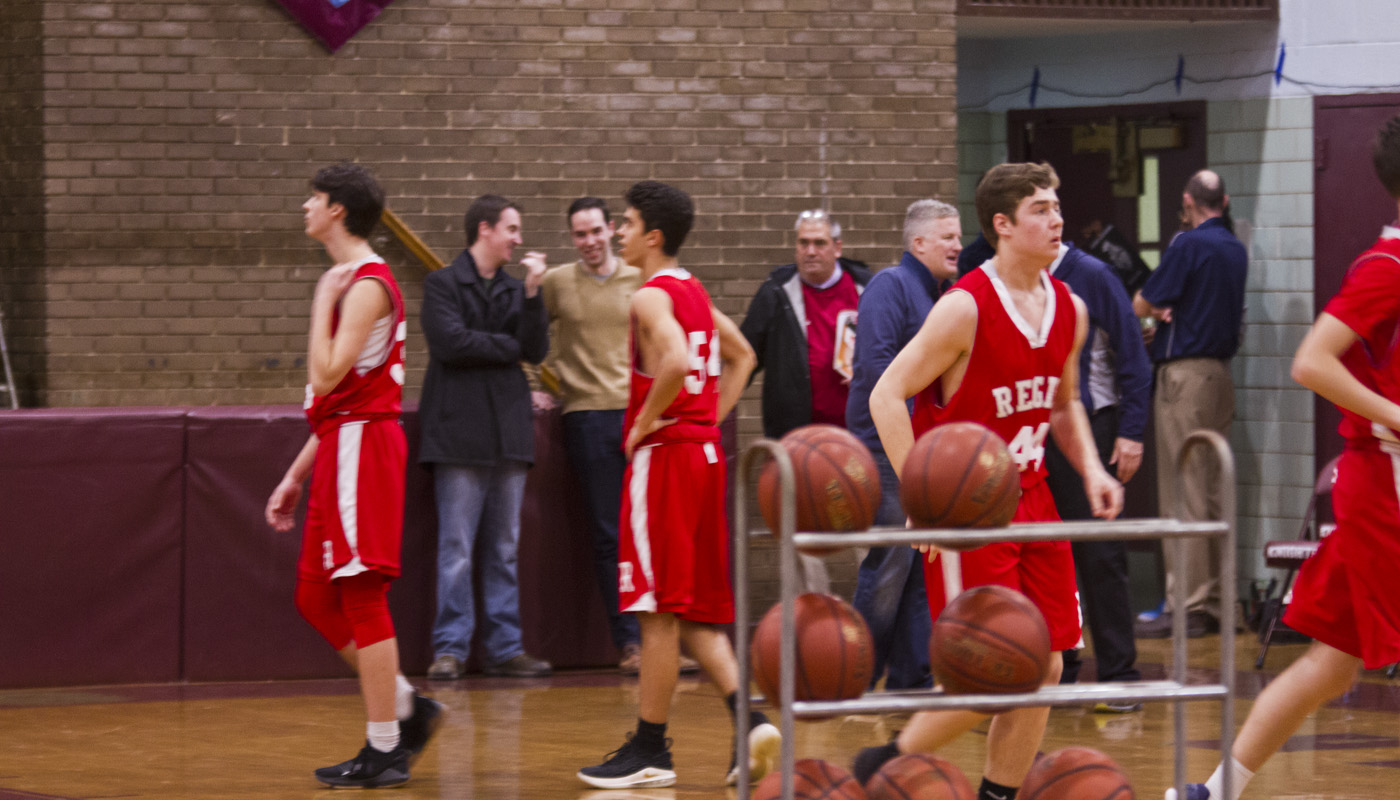 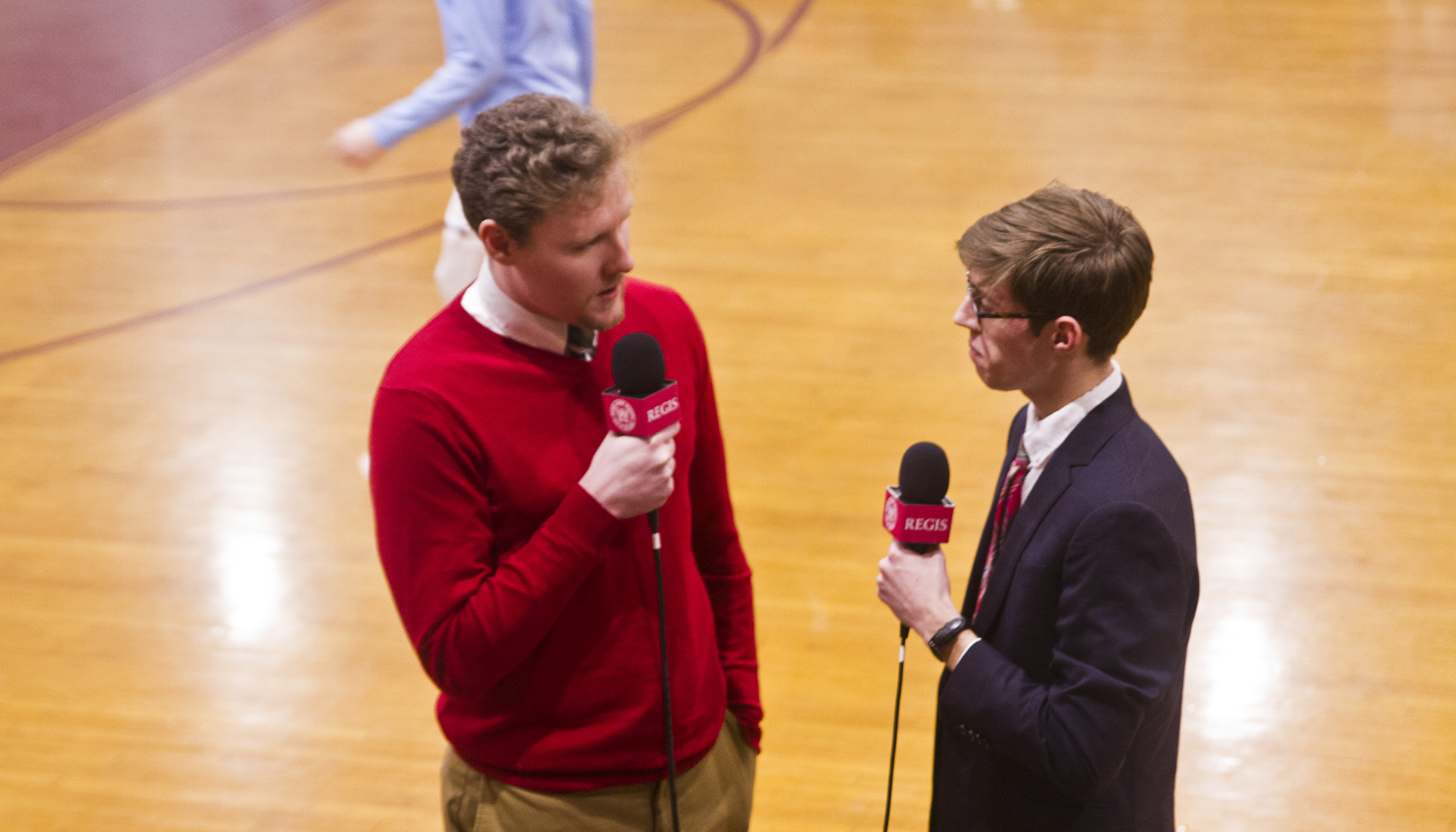 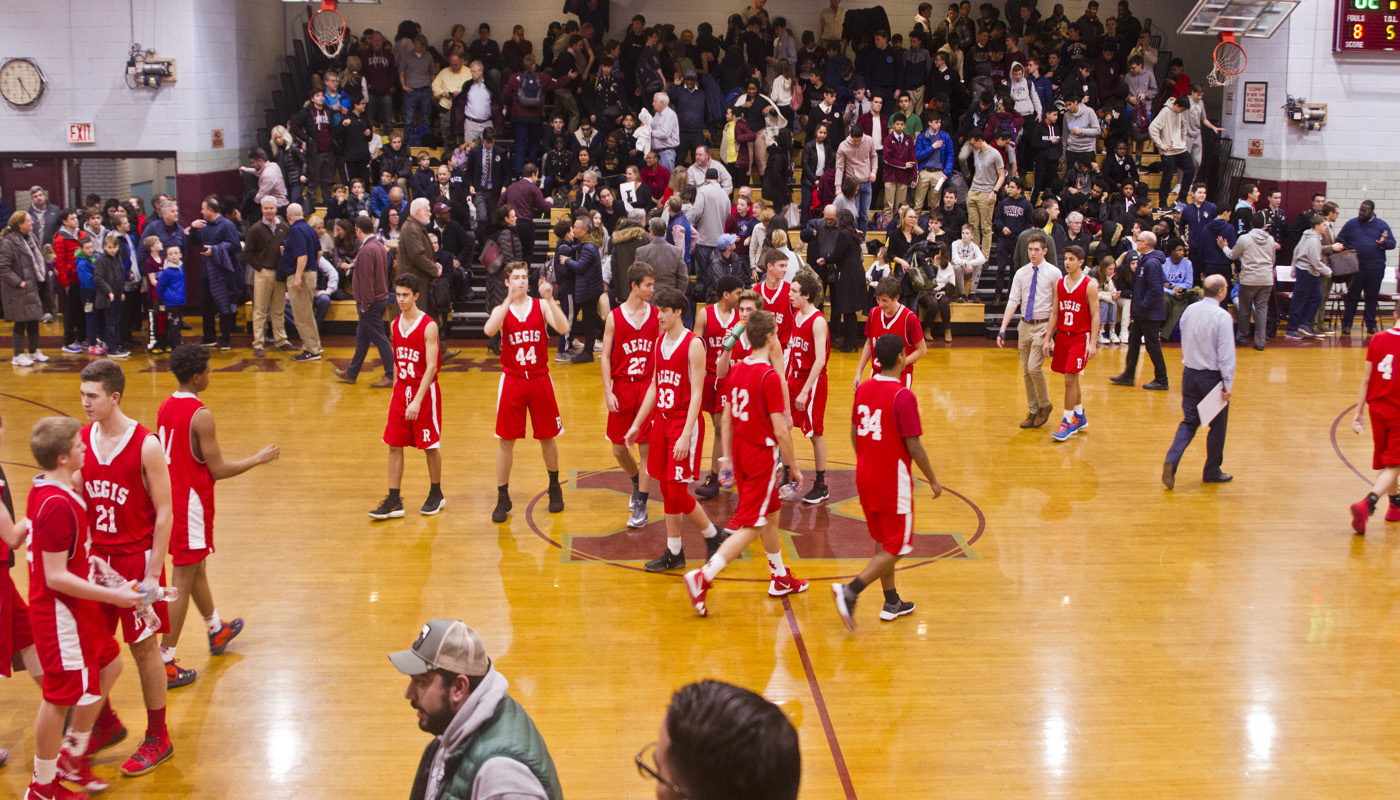 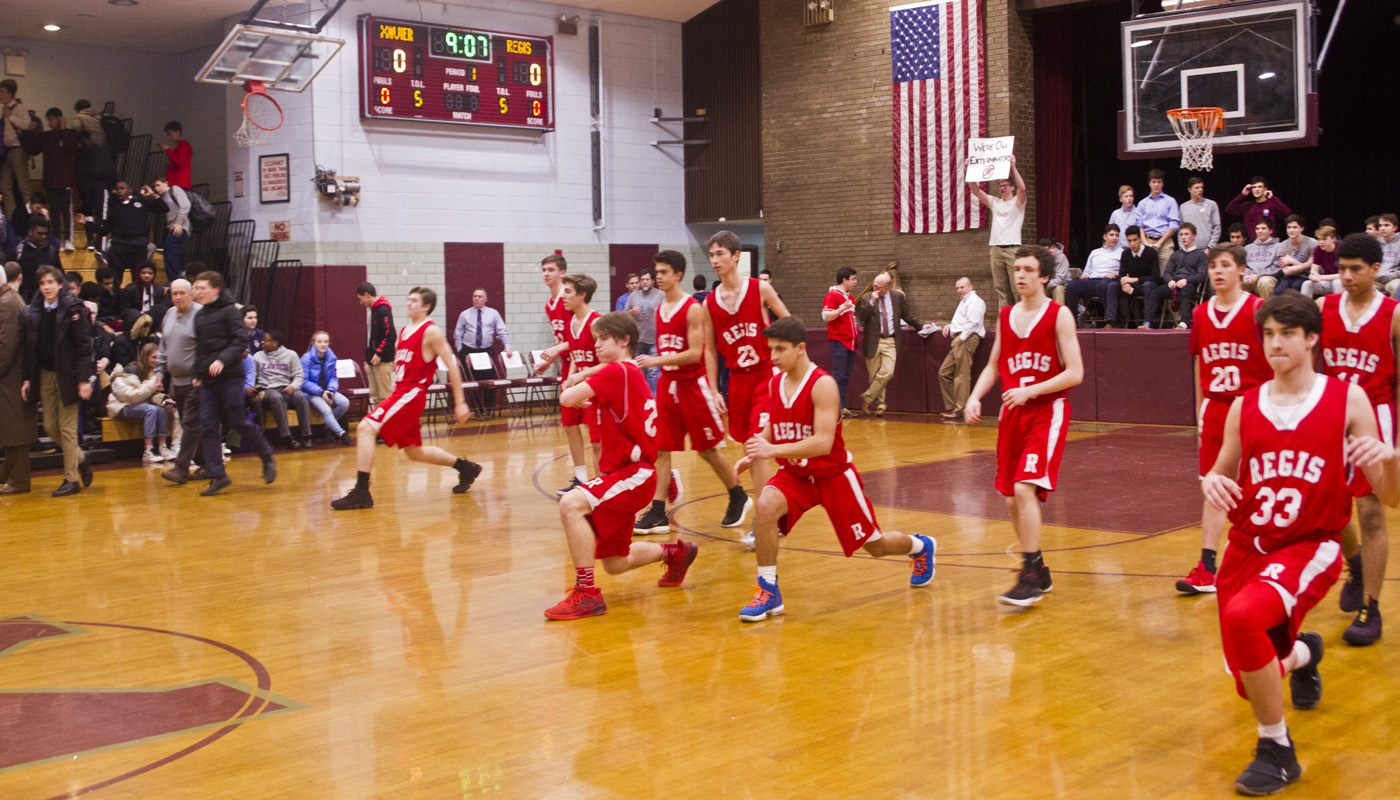 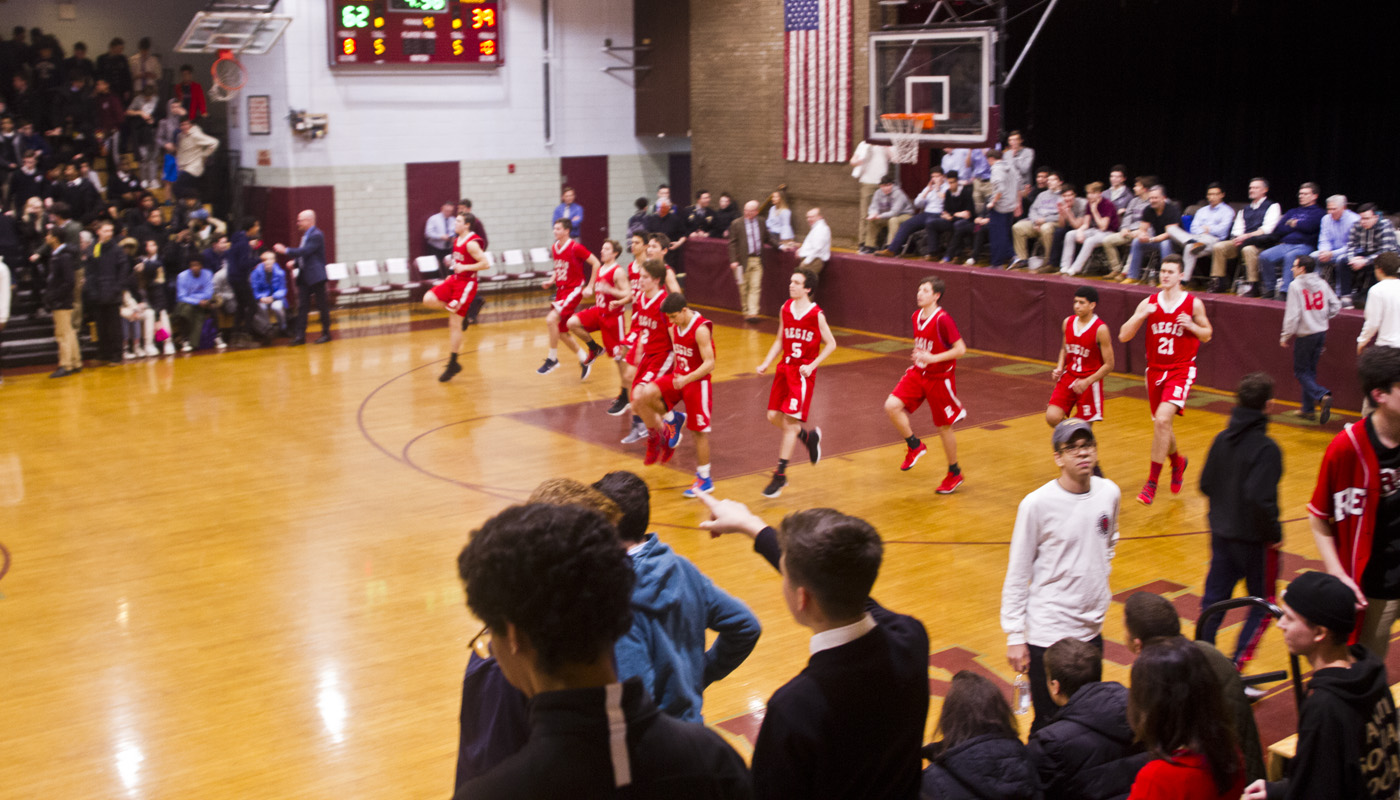 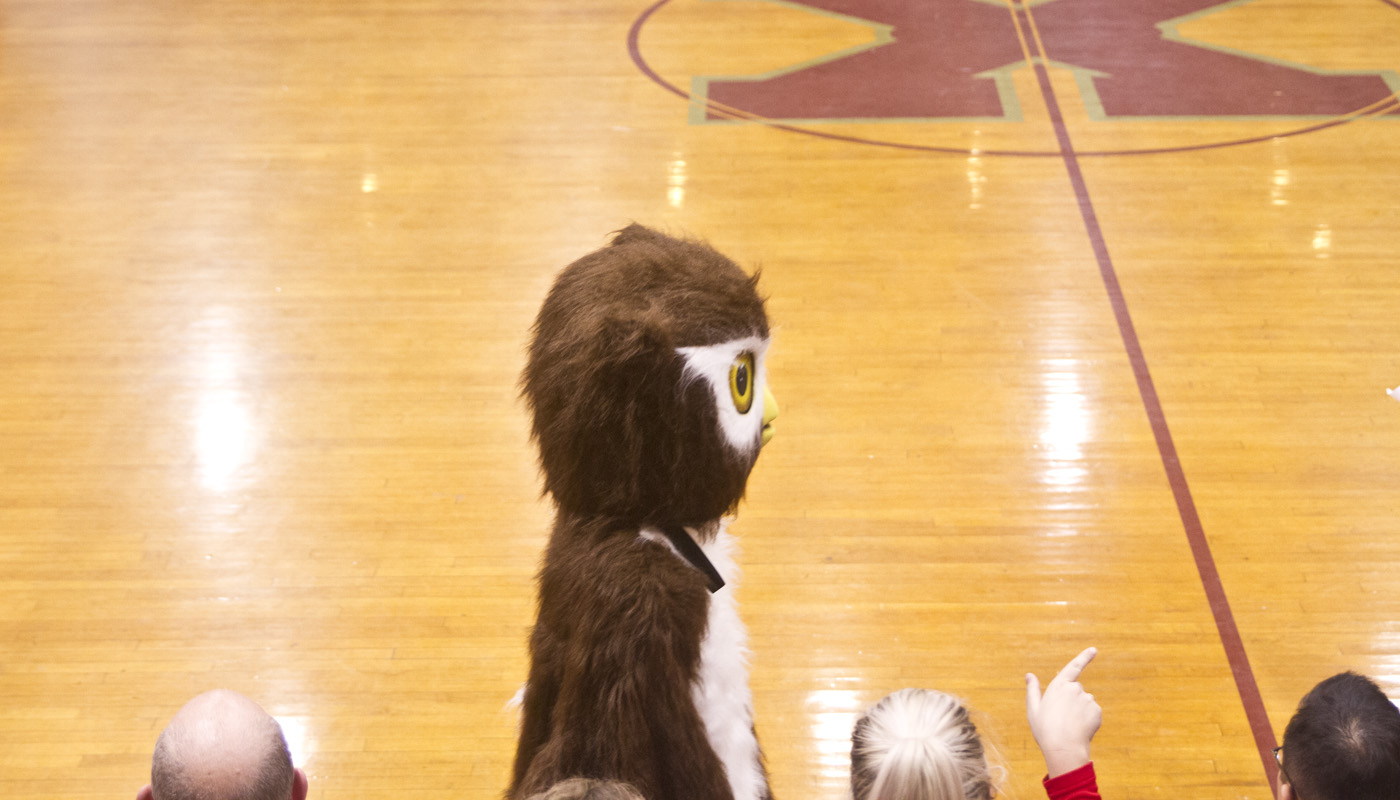 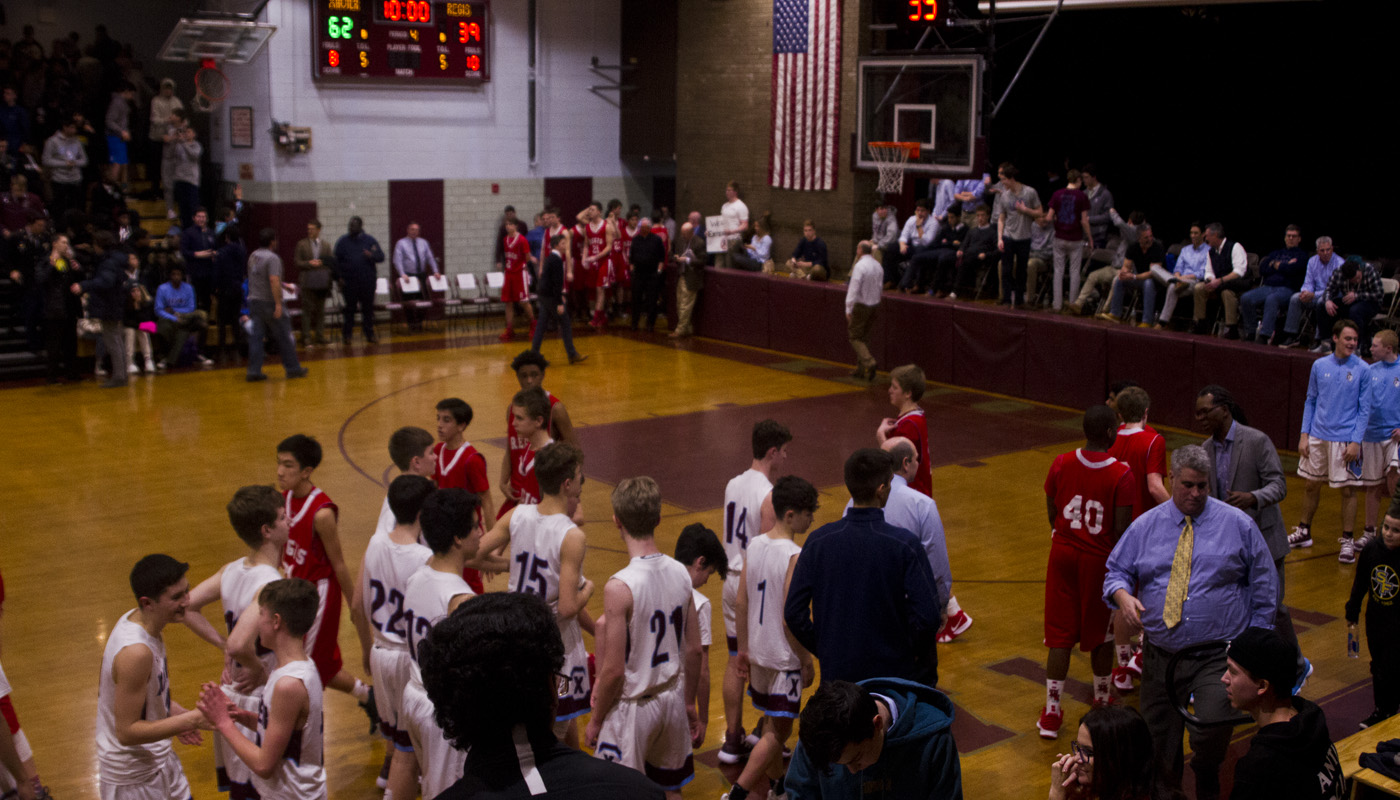 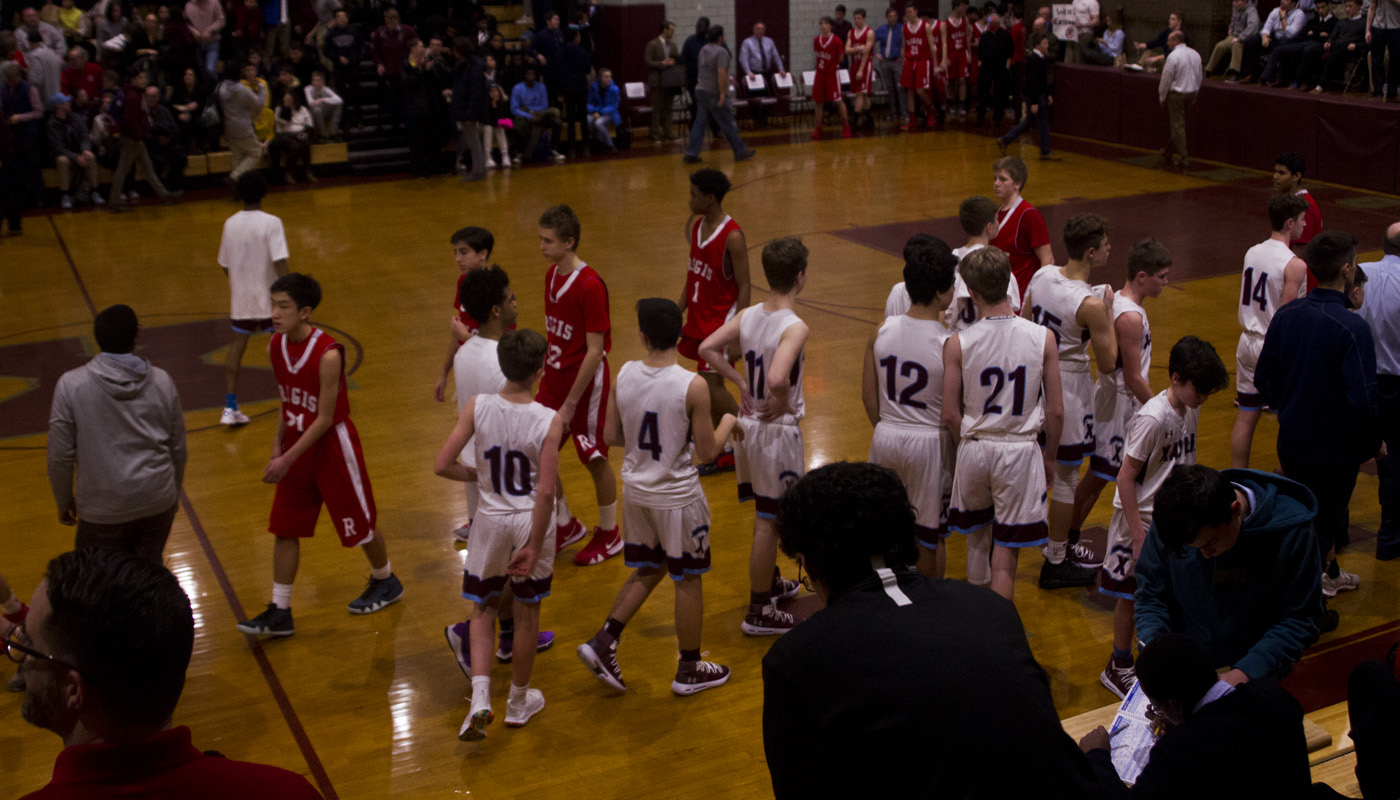 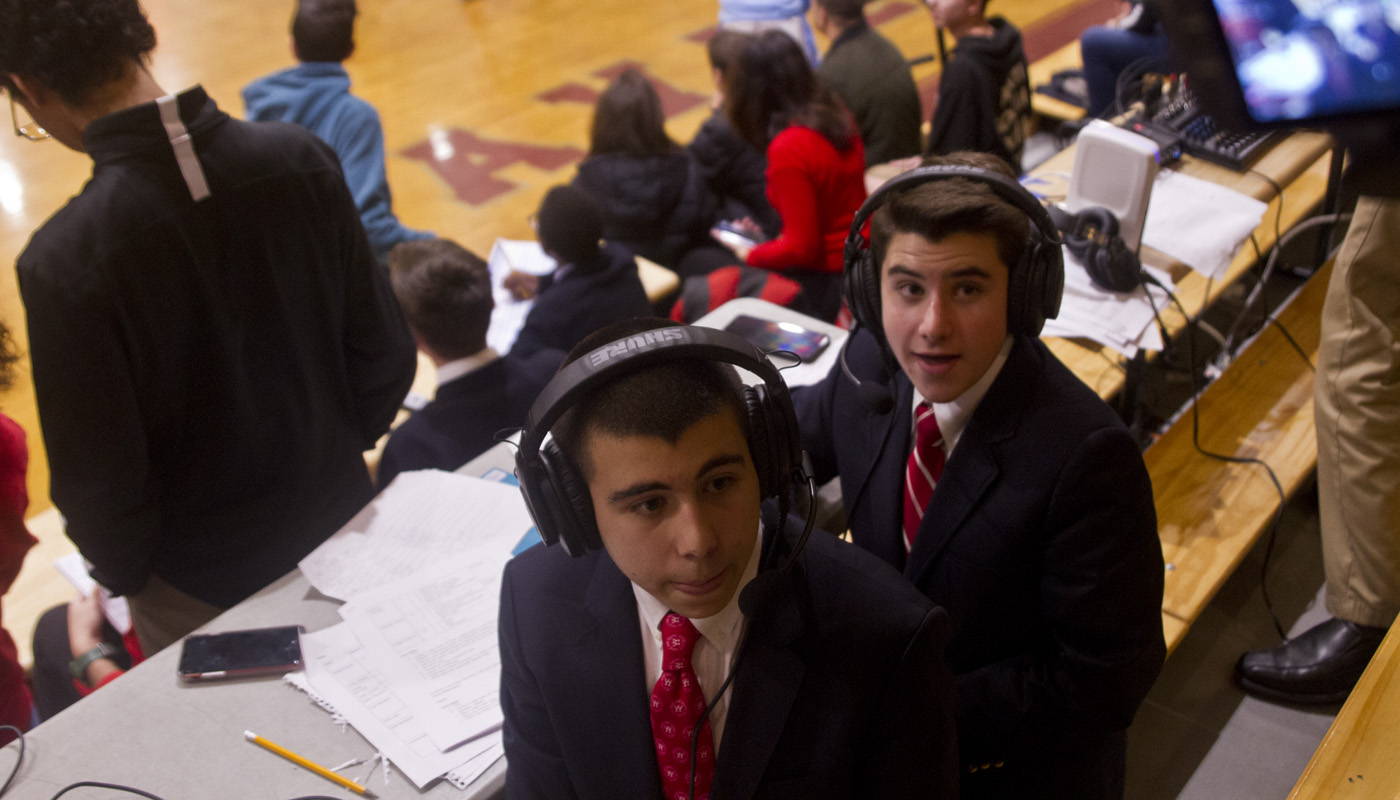 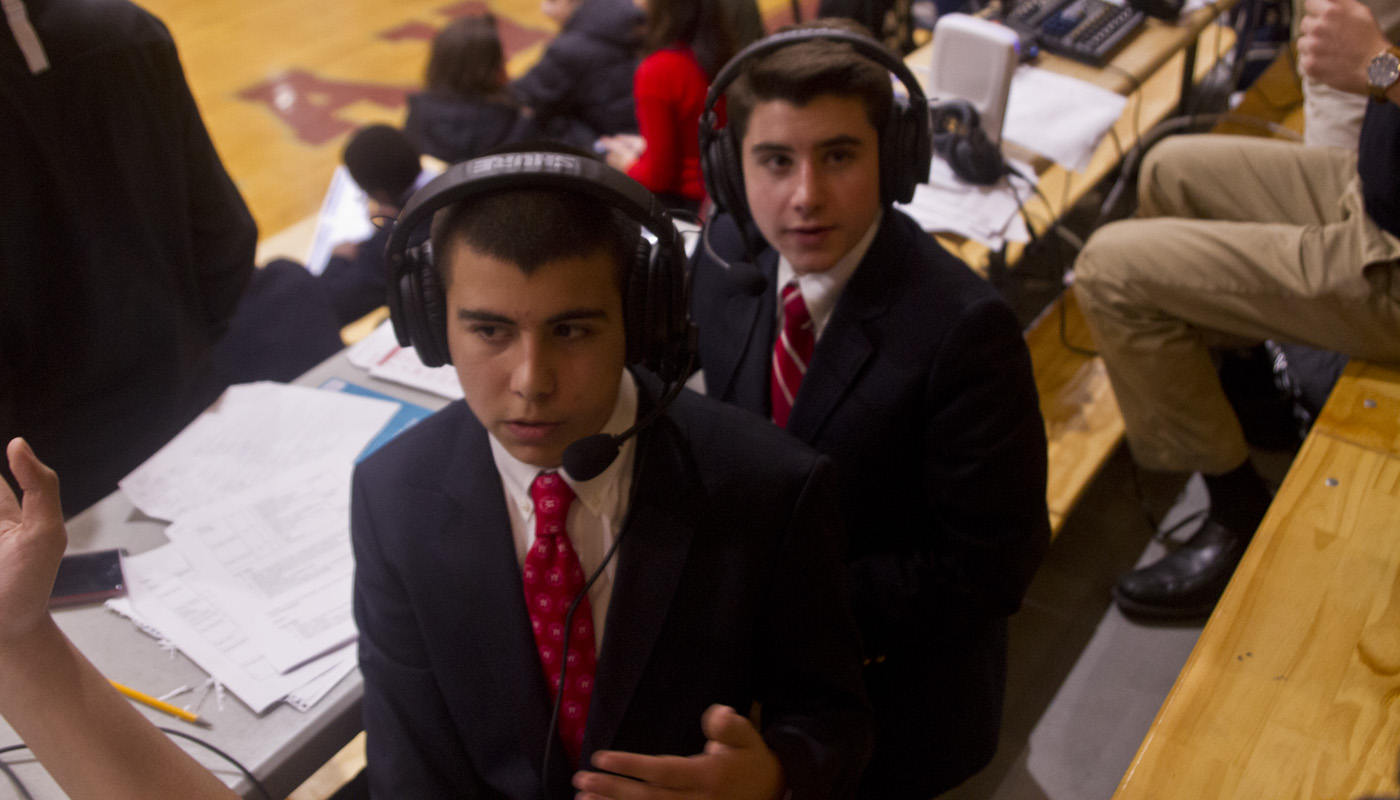 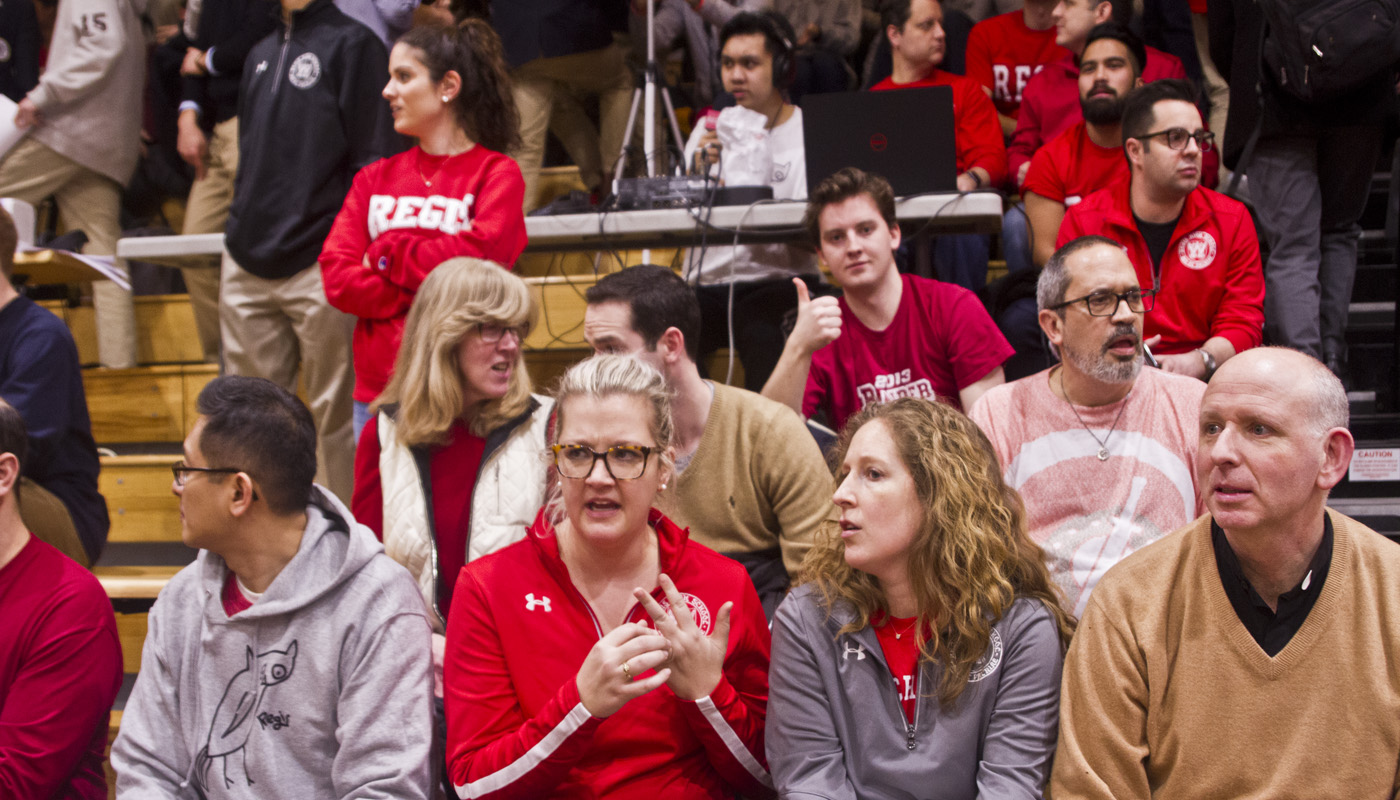 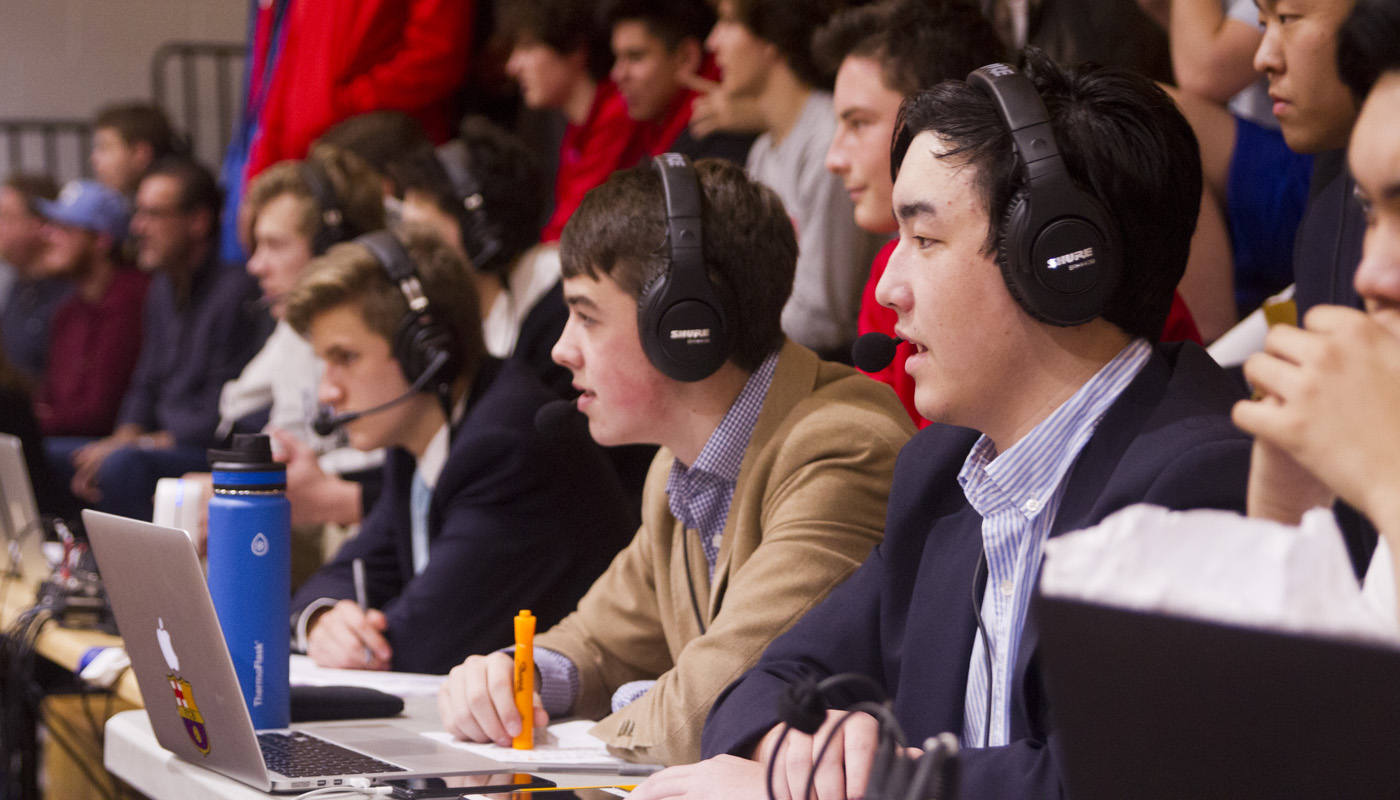 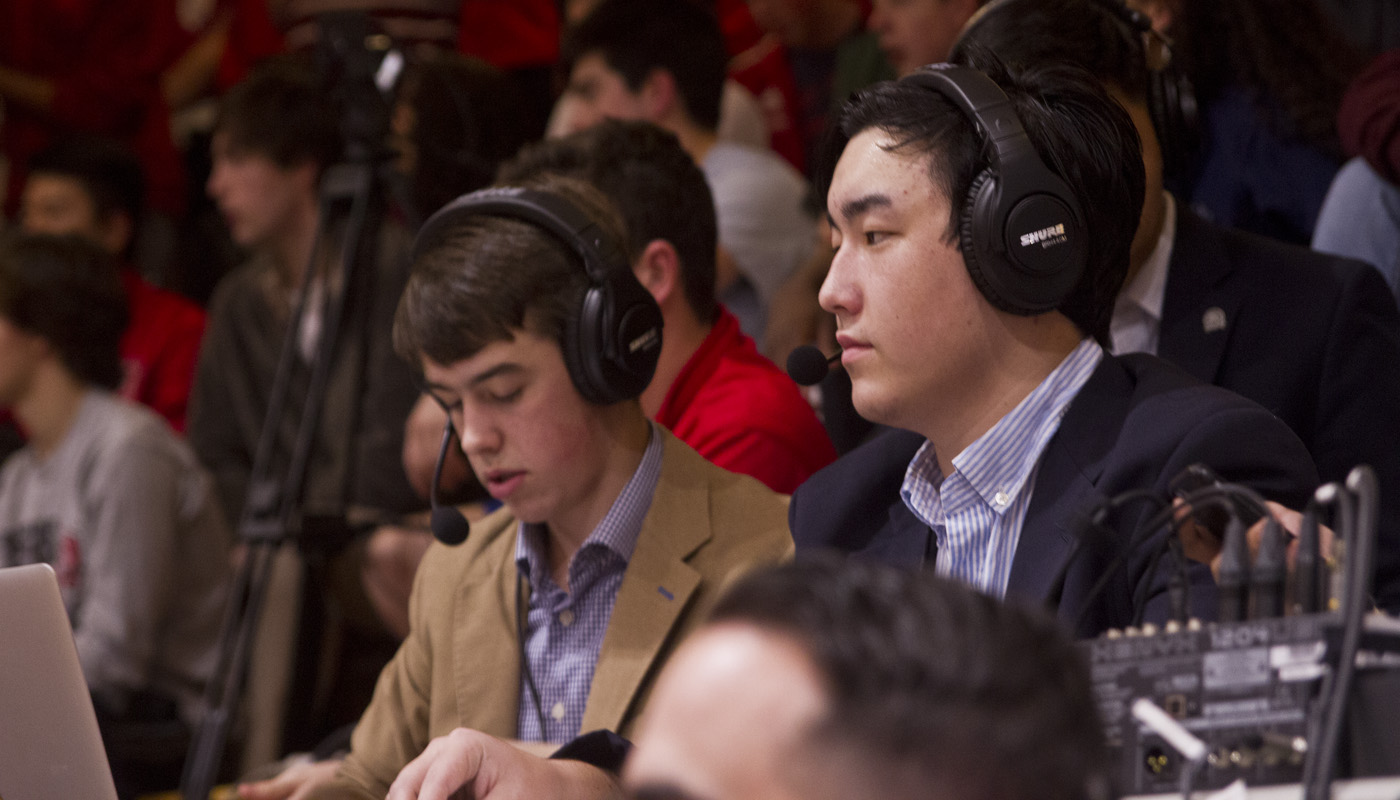 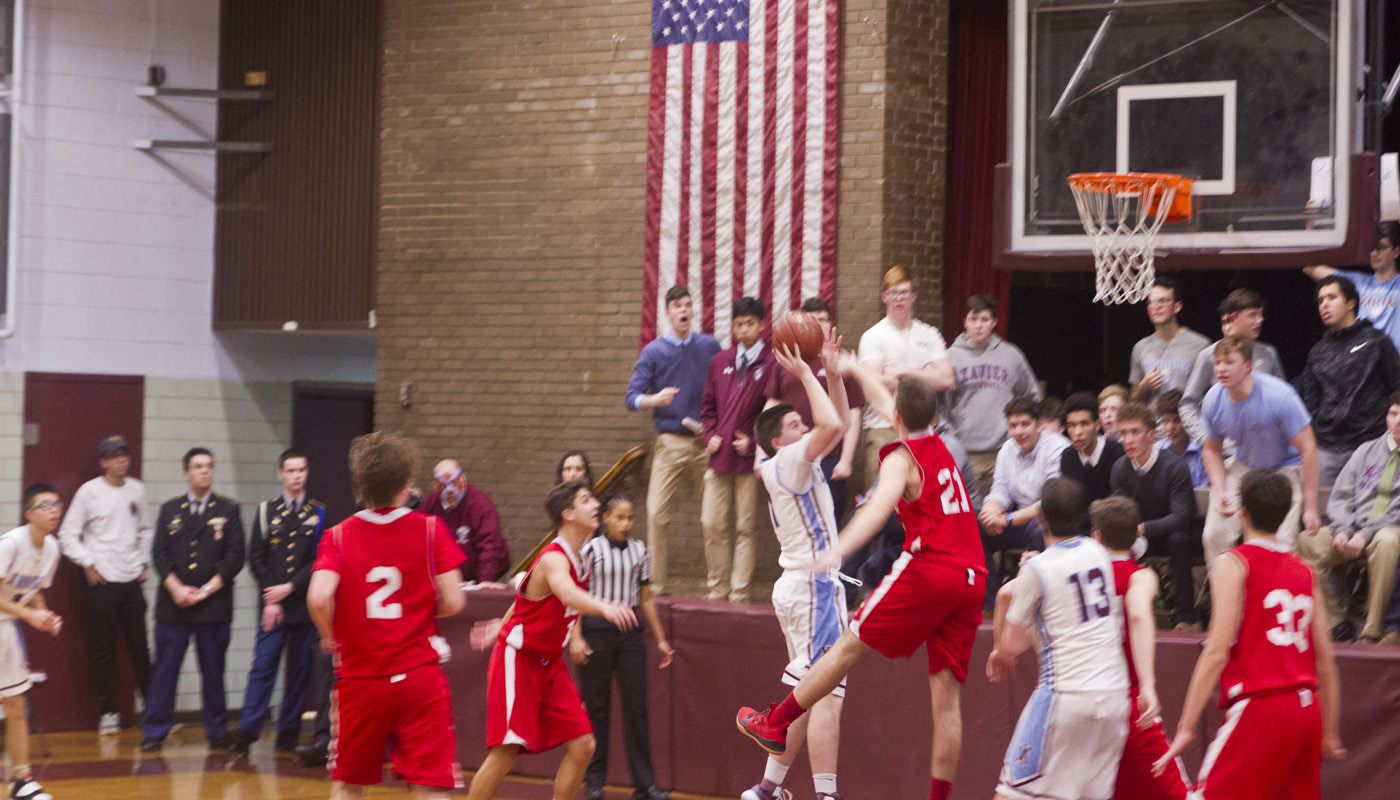