On the evening of Monday, November 5, Regis hosted "For God and Country: A Conversation on Veteran's Affairs." Phil Klay '01, author of Redeployment and a former officer in the U.S. Marine Corps, was on hand to share his experiences and views of the U.S. Military. Due to an unanticipated scheduling change at CNN, Jim Sciutto '88 was unable to join that evening. However, per Mr. Sciutto's request, Kevin Delaney '90 (editor in chief and co-president of Quartz and former reporter at The Wall Street Journal) filled in.

The two discussed the state of the U.S. military today, what it means to be a veteran and a soldier, the services available to veterans in the country, and the need to have a cohesive plan for the U.S. military. After 45 minutes of discussion, the floor was open to questions.

"As I told my brother John Nugent ’59, it was a rare moment to recognize the service of country among our graduates," said Mary Henninger, Admissions Officer at Regis. "Coming from a family where such service was highly valued, I found 'For God and Country:  A Conversation on Veterans Affairs' to be an intelligent discussion of the history of past and current conflicts that our American men and women have engaged in."

Regis also honored all veterans and active servicemen at the event, and continues to do so as we approach the 100th anniversary of Armistice Day. A list of all known living veterans and active duty members of the Regis community will be published on Veterans Day (if you spot any inaccuracies, or omissions, please let us know: email cnewton@regis.org).

One such veteran present, Peter Gallagher '91, found the panel to be an incisive conversation. "The Veterans Affairs panel was an engaging and thoughtful reminder of the power of the Regis community’s intellectual curiosity," he said. "Its ability to elevate a topic out of today’s simple partisan commentary into a reflective moment of what we as students and alumni can do together to strengthen our nation’s commitment to one another." 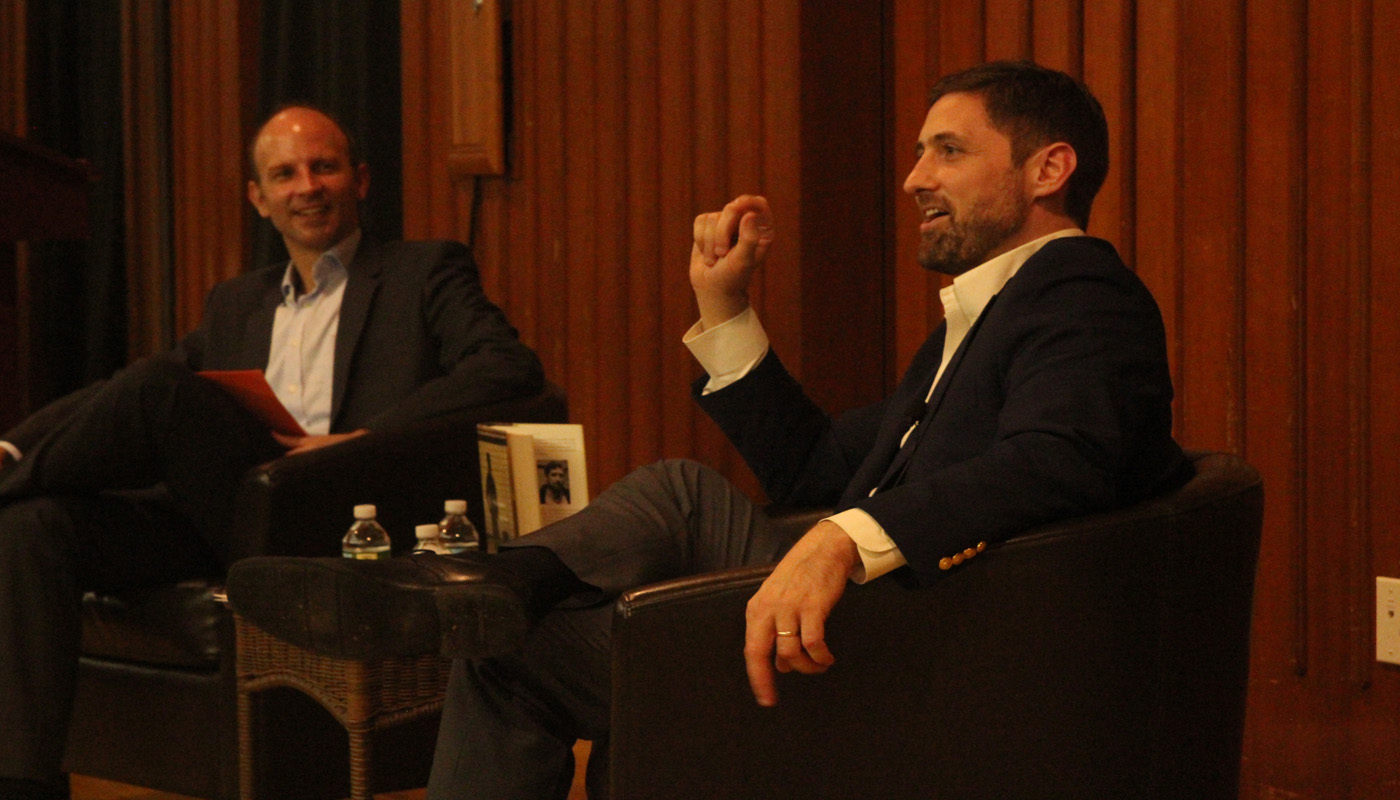 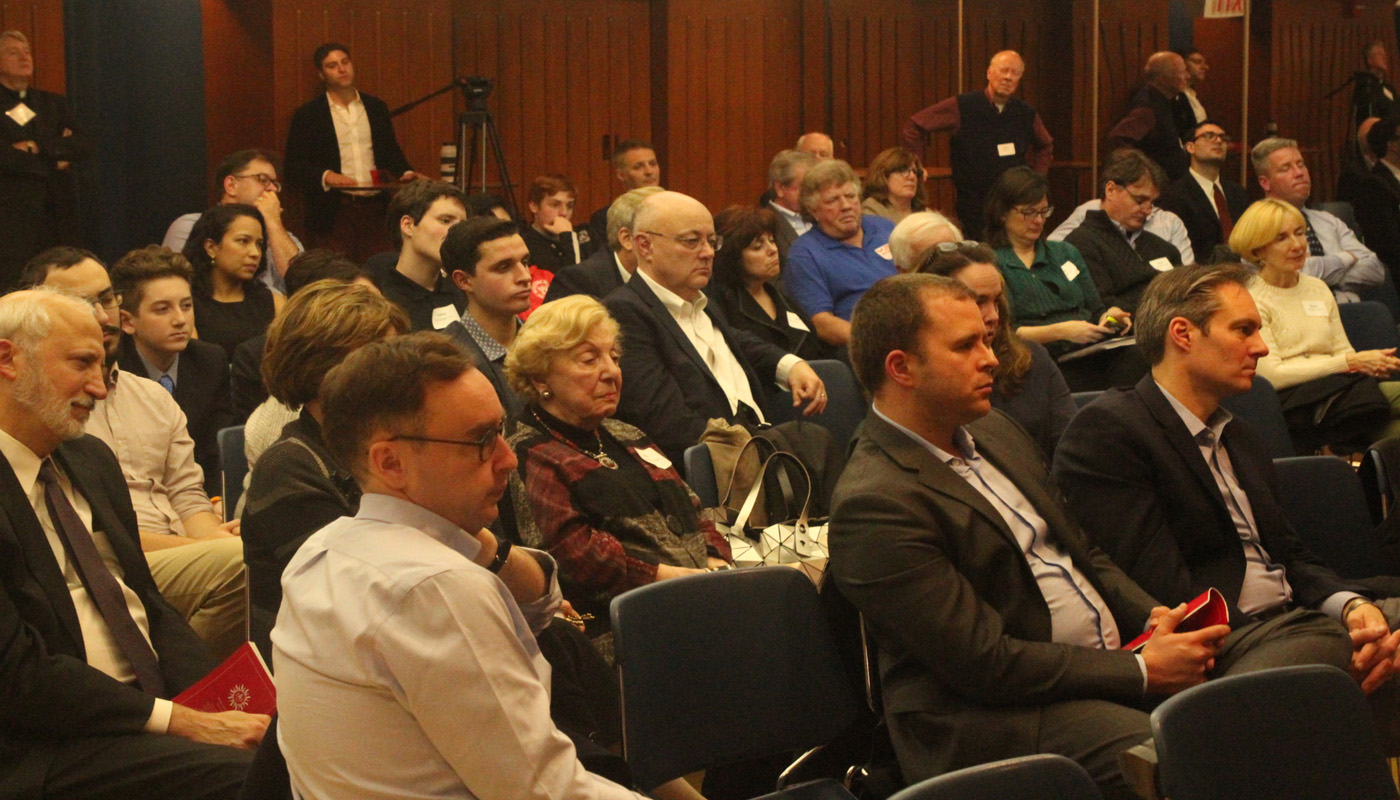 The crowd listens attentively to the two speakers.