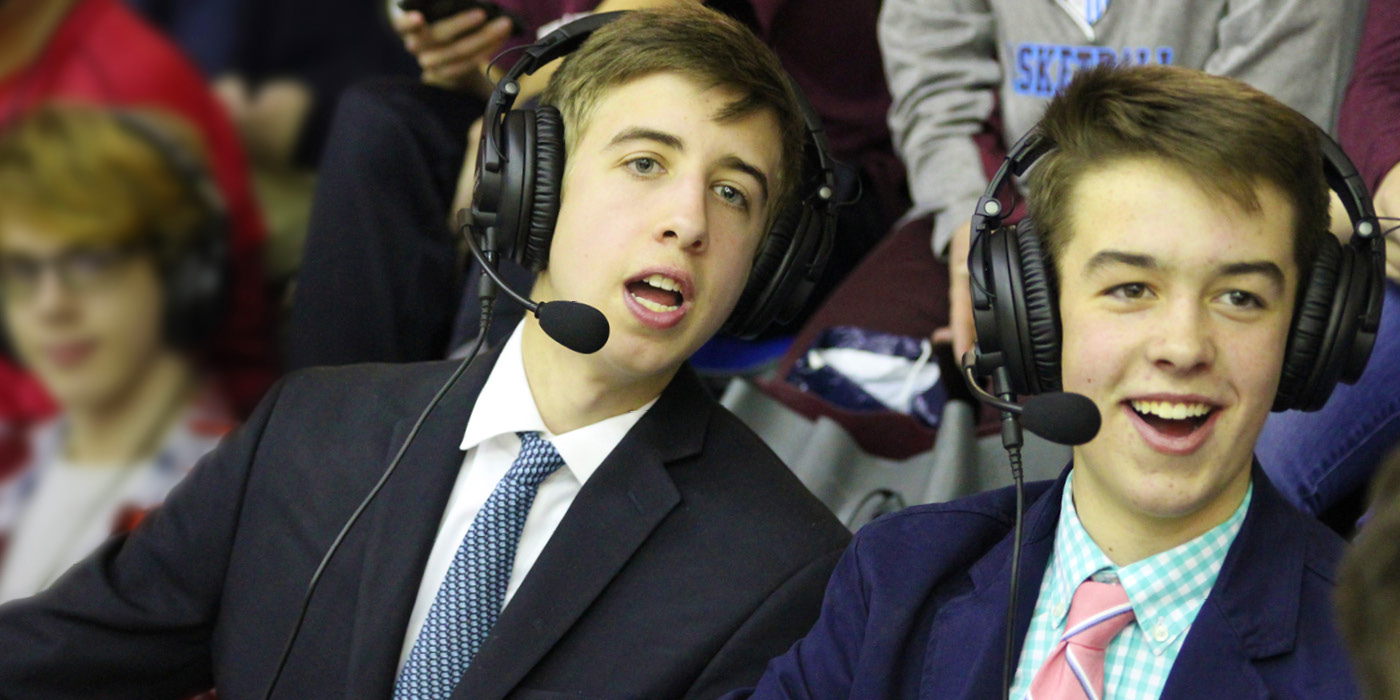 
A team of student technicians and broadcasters collaborated again this year to live stream the annual Regis-Xavier basketball triple header. The student effort for the sold-out event—hosted this year at John Jay College—was not limited to the in-game broadcasters. A crew of students operated the camera, provided pre-game and halftime show commentary, recorded statistics for the broadcast teams, and managed the software and technical aspects of the video stream. In March, students were successful in producing a live broadcast of the CHSAA city championship game held at Fordham University.

Special thanks once again to Andrew Bogusch ’98 (CBS Sports Radio, Verizon FiOS 1 Sports) for consulting with the student broadcast teams and providing advice and insight as they prepared for the broadcast.

The broadcast of the city championship game (Regis vs. La Salle Academy) can be watched via the embedded video below.