The fall 2017 Varsity Soccer season was one for the record books.

According to Christopher Scazzero ’18, the support the team felt throughout the playoff run was incredibly beneficial. “When the city championship game started, friends, families, faculty, and alumni roared. Everyone was so into the game. It was a sign of our strength, and helped push us towards our championship. It could not have been a better environment to play soccer,” said Scazzero.

In a highly competitive Championship game, Regis bounced back from a 1-0 halftime deficit to score the equalizer early in the second half. The game was forced into overtime, where Chaminade earned their third straight State Title on a corner kick that curled into the top corner of the net.

The historic season concluded with a 19-6-3 record. The team ended the year ranked its highest in school history: #2 in New York City, #13 in the tri-state, and #41 nationwide.

Vincent Catapano ’96, who completed his 14th season as head coach, says that team chemistry was the most important asset this year. “The guys really came together as a team on and off the field, and really played for each other all year,” said Catapano. “Outside of the team, these guys are all close friends, and that bond was key in a successful season.”

For senior Eric Schemitsch ’18, winning two title matches was an unforgettable way to cap off a soccer Regis soccer career. “I have known many of my teammates since before the first day of school freshman year, and throughout the four years they became my brothers both on and off the field. In my soccer career, I have never had a greater privilege than to captain and play with a group of guys as dedicated, talented, passionate, and unified as this team, and that made this year’s season infinitely more special,” said Schemitsch.

“Our season was one I will never forget, and I think it helped deepen the already tight bonds of our team,” added Scazzero. “We call ourselves a team and a school, but really we’re a family.” 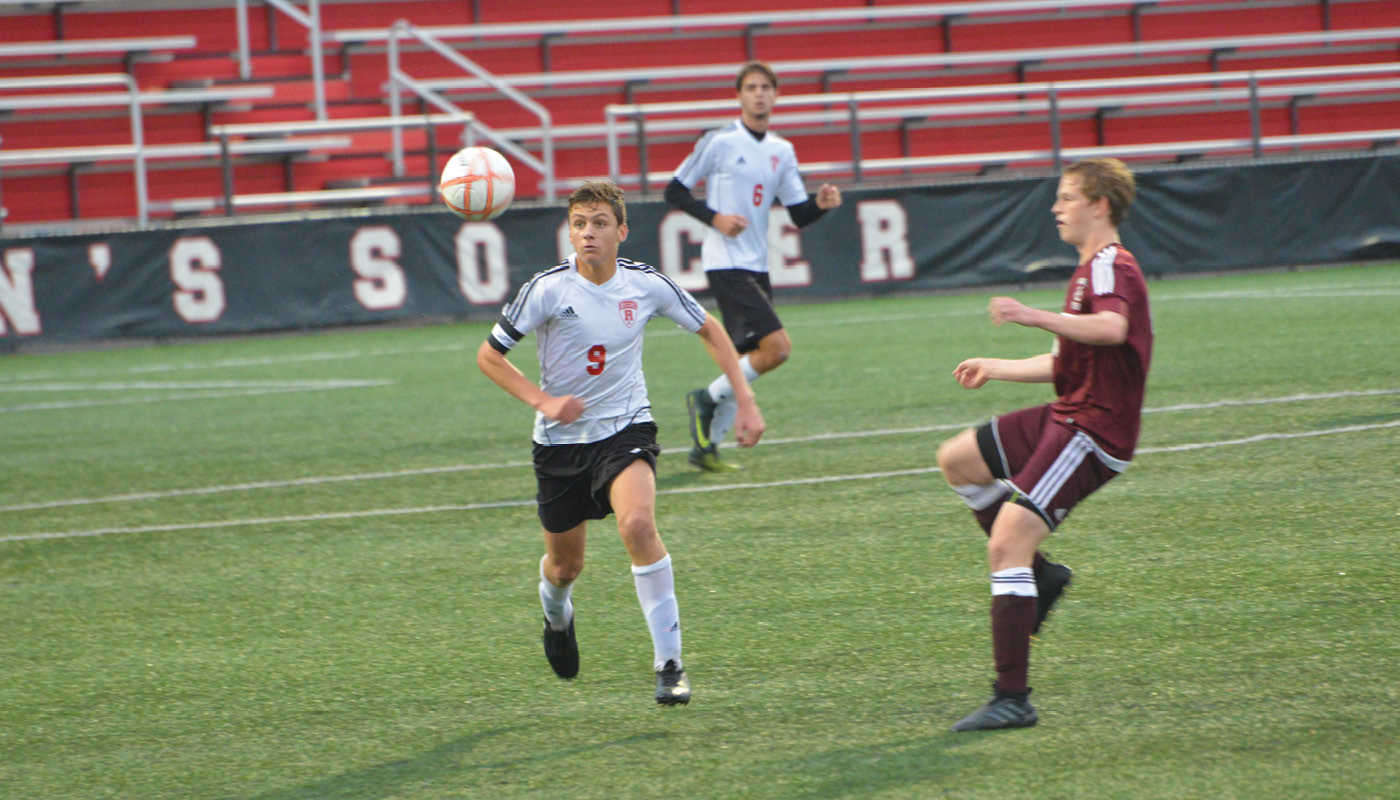 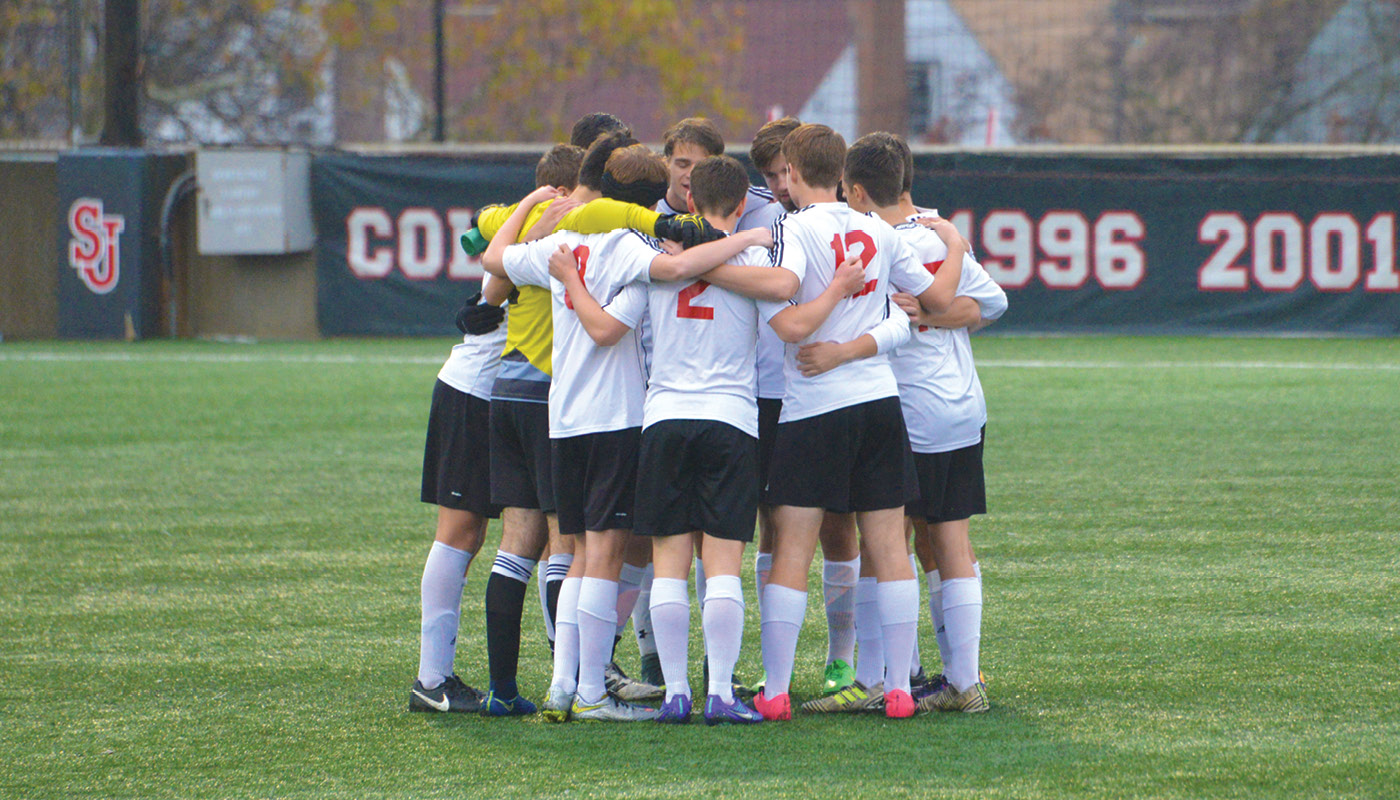 The Varsity Soccer team huddles on field before the start of the CHSAA ‘AA’ Intersectional Championship against Fordham Preparatory.