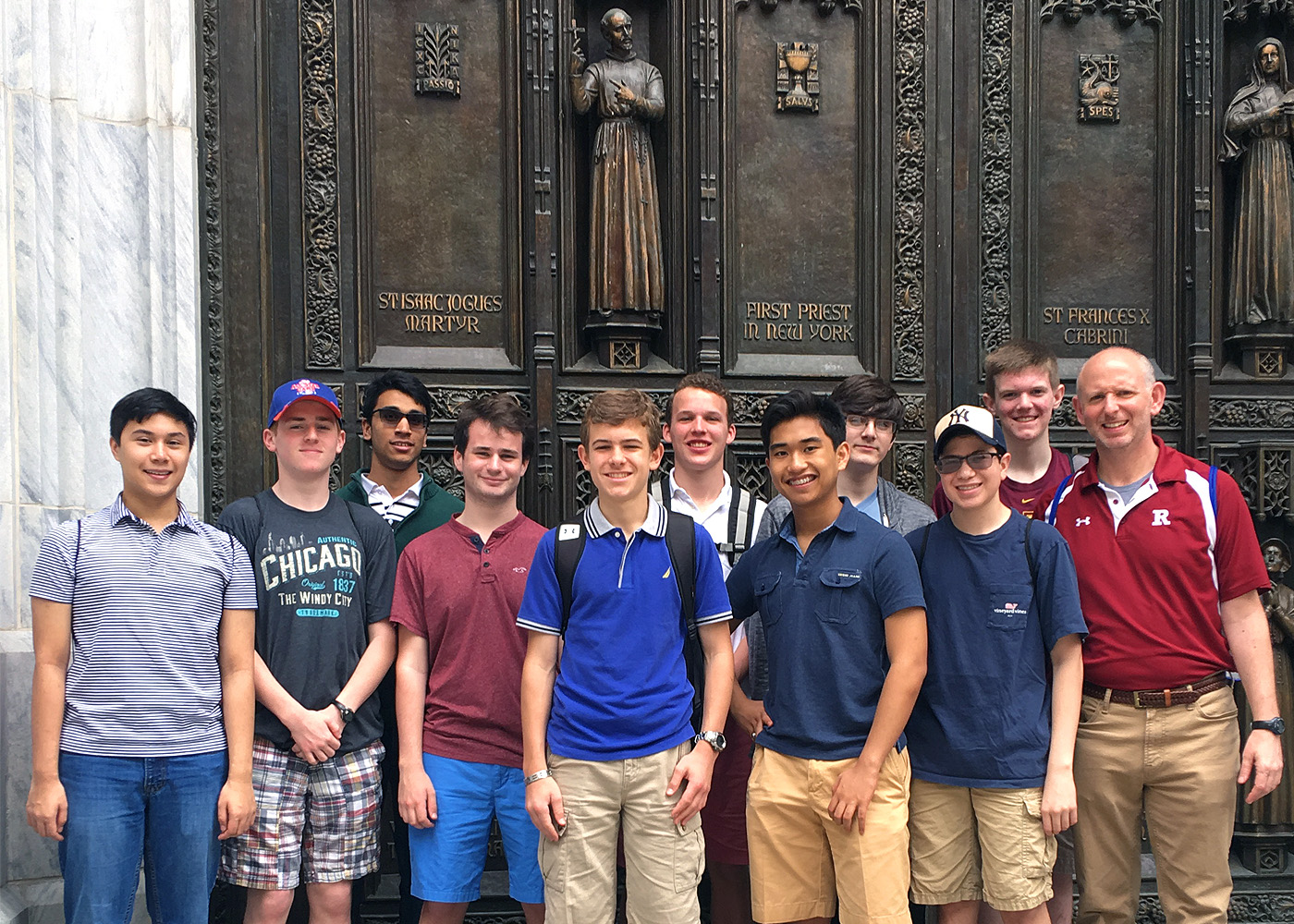 On Thursday, June 8 members from the Jogues Society—the group of students who volunteer as altar servers at Regis—met for one last time this academic year with Fr. Anthony Andreassi, CO and Mr. Sam Marth '12.

Pictured above, under an image of their Jesuit patron which adorns the main doors of St Patrick's Cathedral, they began the day with a behind-the-scenes tour of the cathedral, which included a visit to the crypt where the archbishops of New York are interred. The remains of a few others are also found within the crypt, including the first Regian to be ordained a bishop, John Maguire, '21.

After finishing their tour of the cathedral, the group traveled across town to walk a good stretch of the High Line down to their next stop, the World Trade Center. Here they took an 60-second elevator ride up over 100 stories to the observation floor. After spending some time surveying New York City and the wider metropolitan area, the group ended the day over pizza at a local restaurant which is not far from the site where St Isaac Jogues visited New York in 1643.

This past academic year the Jogues Society had 40 members who committed themselves to serve at school Masses, which included three weekday liturgies as well school-wide and other special Masses the community celebrates each year. Several of the students are also servers at their home parishes while others are new to this ministry. The Regis community thanks them for their faithful liturgical service this past academic year.