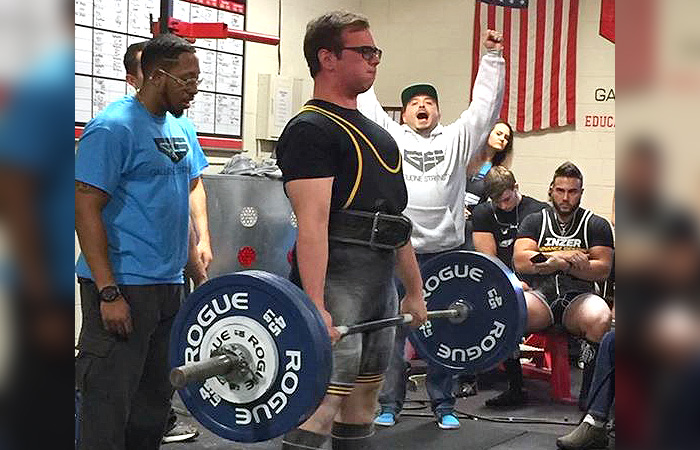 The Regis weight room has always been a popular after-school destination for students who are looking to stay fit and improve their strength and conditioning. But for one freshman, time spent training in the weight room has also played a role in achieving a significant weightlifting milestone.

This past December, Owen Byrne '20 entered the prestigious "1,000-Pound Club", a distinction given to those who bench press, back squat, and deadlift a combined 1,000 pounds. Byrne's official weight recordings at the competition he entered were deadlift at 435 pounds, back squat at 350 pounds, and bench press at 215 pounds: all marking personal records. The accomplishment is noteworthy for anyone, but especially momentous for a 14-year-old high school freshman. 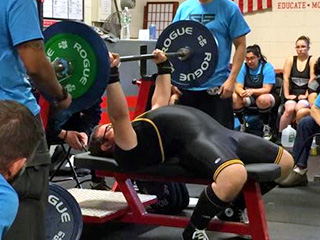 "After I first started training, I began to slowly build up my PRs [personal records] and a month before my 14th birthday, I reached a raw [wearing no knee supports] 300-pound back squat," said Byrne, reflecting on how he began his training. "That milestone pushed me to work on my powerlifting."

Byrne, who trains in his Ridgewood, Queens neighborhood and in the Regis weight room, says the power-lifting competition this past December was the first he had ever entered. He finished first in his weight class and earned his spot in the 1,000-Pound Club.

"Prior to my competition training, I was training about three times a week, for several hours each session," said Byrne. "Leading up to the competition, though, I was training once a week on Saturdays so I could get a good rest between sessions, due to the heavy weights we were working with."

With his impressive competition performance, Byrne is currently ranked 18th in the country for the 1,000-Pound Club's age and weight classes.

At Regis, Byrne has been an active member of the Diesel Club, moderated by Ms. Lee Chua, a member of the Mathematics Department faculty. "Not a lot of freshmen can be a member of the club. You need to score about evenly on every squat, deadlift, and bench press," said Chua. "He has been a great asset to the club, even helping demonstrate lifts for students."

"My training has helped to make me more disciplined and focused, because if one thing is messed up in lifting, the entire thing will come crashing down. I try to apply that same focus to the classroom too.

"In weightlifting, dedication is needed to work on your lifts, to constantly do better and get better PRs," added Byrne. "At Regis, dedication is important, too, as you maintain your grades and improve your study habits."