Calendar
Events
Shop
Auction
Employment
Directory
Contact
myRegis
Giving Tuesday Challenges Fulfilled
Before 2016 came to an end, students, faculty, and staff fulfilled the #GivingTuesday promises they made to our November 29 donors. Regis is thankful for all who volunteered to participate in these challenges!

Challenge #1: The Regis student body helped kick-off the 2016 #Give2Regis effort with their own challenge: for every Annual Fund donation made before 10:00 a.m., one student or faculty member would be added to a Regis Mannequin Challenge video. Over 150 students participated in the execution of the video, which is embedded below.

Challenge #2: Mr. DiMichele challenged Mr. Cullen to a game of H-O-R-S-E. The loser of the game had to make 117 foul shots, which was equal to the number of Annual Fund donations made between 10:00 a.m. and 12:00 p.m. on Giving Tuesday. The epic showdown between these two long-serving members of the Regis staff was recorded, and the video is embedded below.

Challenge #3: Back by popular demand, the Regis Dean of Students once again offered a JUG Challenge. On December 20, 380 minutes of JUG time was waived to honor the 76 donors who made an Annual Fund gift between 12:00 p.m. and 3:00 p.m. on Giving Tuesday.

Thanks to the generosity of 76 folks who donated to @RegisHighSchool from 12-3 PM on #GivingTuesday, 380 min. of JUG will be waived today! 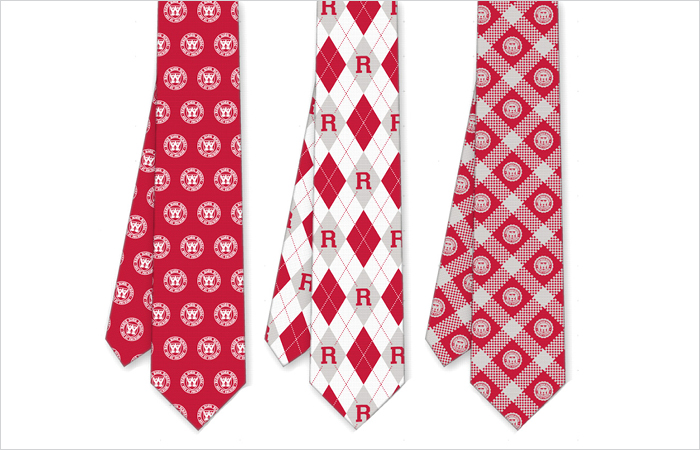 Challenge #5: The alumni class with the highest participation rate for the day would have their yearbook class photo featured on the Regis homepage for 24 hours. Congrats to the Class of 2014 for earning that distinction. Their photo will remain on the Regis homepage until 5:00 p.m. on Friday, January 6.

Challenge #6: Any donor who contributed $100 or more to the one-day campaign, or any new donor to Regis who contributed $20.17 or more, qualified to receive the 2017 Challenge Coin. This year's coin features the Saint Ignatius quote used as the 2016 Giving Tuesday theme: "Love is shown more in deeds than in words". An impressive 466 donors qualified to receive a coin. Those coins are in production now and are expected to be mailed to donors by early February. 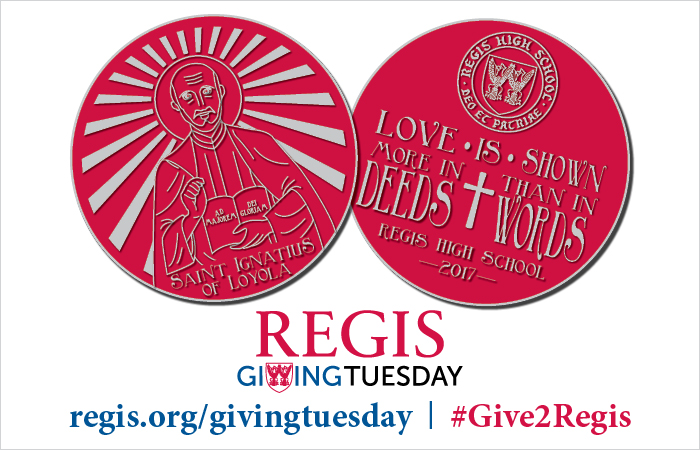