Calendar
Events
Shop
Auction
Employment
Directory
Contact
myRegis
Celebrating Generous Lives:
Learning to Address the Needs of Others
For Patrick O'Malley '83, Medicine has always been the perfect outlet for his passions. Combining science, education, human behavior, and service to the suffering provides a rewarding career, and is one where he is often exposed to the most sick, at the most difficult times of their lives, and with the most complex issues.

Patrick O'Malley grew up in the Woodlawn section of the North Bronx, an area often referred to at the time as "little Ireland". O'Malley was the third of six children born to immigrant parents who arrived in New York City in the 1950's. After elementary school at St. Barnabas, O'Malley commuted to the 4 train using the 34 bus, often syncing his commute with the route his father, who worked as a New York City bus driver. 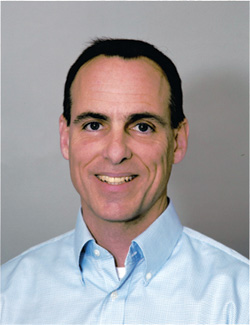 O'Malley remembers his experience at Regis as life-changing, even a bit magical. "It was about as close to a real-life Hogwarts as I can imagine," he said. "Regis was a profoundly formative experience that set a foundational orientation for me. That orientation was of rigorous thinking and being sensitive to the needs of others in an action-oriented way." Regis instilled in O'Malley the importance of "seeing the image of God in every human being, and acting accordingly. Reading the works of St. Augustine in sophomore theology stands out vividly in my mind and has had an enduring influence. Specifically, the notion of the power of believing in the strength of love as a guiding life principle— "love, and live as you will"—and appreciating that this love is both a tough love, and profoundly fulfilling."

During his senior year, O'Malley focused his Christian Service volunteer hours at the Foundling Hospital. "While there, I witnessed the overwhelming nexus of severe disability, human suffering, social depravity, human love in action, and selfless compassion." It was his first real-life experience in the field of Medicine, and he was hooked.

After Regis, O'Malley studied Chemistry and Psychology at Williams College. He then began his commission with the military in a reservist capacity when he enrolled in medical school at the University of Rochester. Upon graduating in 1987, O'Malley began active duty and performed his residency and fellowship training in internal medicine at Walter Reed Army Medical Center in Washington, D.C. He also received an MPH degree from the Uniformed Services University in Bethesda, MD.

After residency training, O'Malley initially served as a staff internist at Fort Belvoir's Army Community Hospital in Northern Virginia. From there he went back to Walter Reed to pursue an academic fellowship where he remained on staff and continued his academic career in clinical research, medical education, and administrative leadership. He served as the Chief of General Internal Medicine at Walter Reed from 2000-2006, was promoted to full Professor of Medicine at the Uniformed Services University, became the deputy editor at the Archives of Internal Medicine (now JAMA—Internal Medicine), and has published over 100 peer-reviewed papers. O'Malley eventually moved to the Uniformed Services University in Bethesda where he took over as the Division Director of General Internal Medicine and directed courses in clinical skills and curriculum development for medical students. To this day, O'Malley remains a member of the Army, currently at the rank of Colonel.

Beyond his work in Medicine, O'Malley's passions include spending time with his two daughters and volunteering with a variety of charities. He has served as a volunteer for the Louis August Jonas Foundation (LAJF) which runs Camp Rising Sun (CRS), an international scholarship camp for promising young teens with leadership potential, where he also serves as the Board President.

"Many Regians, including myself, attended CRS over the years. Indeed Regis exposed me to this opportunity as a Freshman. The experience was highly complementary to my ‘men for others' education."

O'Malley says a number of generous lives have influenced the way he lives, and includes Louis Pangaro '65 to be among that group. Pangaro, an international expert in medical education, "has been a guiding influence of selfless service for years before I discovered he went to Regis. I have had the pleasure of working for him as my Chair of Medicine for the past 7 years. He still remembers all his Latin from Regis, and embarrasses me routinely in showing how little I remember."

O'Malley also includes a number of former Regis faculty among those who have helped shape his life.

"Charles Beirne and Donald Maldari immediately come to mind," said O'Malley. "These were men who lived their love, humbly and with inspiring spirit."