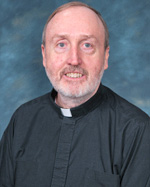 "This Society appears to be a danger to the Faith, a disturber of the peace of the Church, destructive of monastic life, and destined to cause havoc rather than edification."

Or so wrote the theology faculty of the University of Paris in their condemnation of the nascent Society of Jesus in 1554. Fr. John O'Malley, S.J., historian and University Professor in the Theology Department at Georgetown University recalled these words in a recent article in the Journal of Jesuit Studies, "The Distinctiveness of the Society of Jesus." Fr. O'Malley notes several novel and "disturbing features" of the early Society which caused alarm; "they did not wear a distinctive habit, did not...chant the liturgical hours in choir, retained their family names, lived not in monasteries or convents, but simply in houses or colleges, and were governed not by provincials and general chapters, but by a superior general with expansive authority." While these features today do not even merit a moderately raised eyebrow, they caused quite a shudder among a number mid-16th century Catholics. Some would argue that the good professors of Paris were extraordinarily perceptive and sized up this new religious order with remarkable accuracy.

But a religious order it was—approved twice. First by Paul III in 1540 and again by Julius III in 1550. Both times the Formula of the Institute, written by Ignatius and his companions after months of prayerful deliberation, constituted the bulk of the approving documents. The Formula is the basic charter of the Jesuits and spells out a wide range of ministries in which they were and would continue to be engaged. After naming many important works at the heart of the early Society, the Formula of 1550 concludes "and indeed, to perform any other works of charity, according to what will seem expedient for the glory of God and the common good."

Working for the glory of God is to be expected of all Christians, so there is no surprise to find it in the fundamental charter of the Society of Jesus. The notion of the common good, however, is rooted more in philosophy than in theology, an early example of the Jesuits' penchant for joining the sacred and the secular. It recognized and encouraged an expansive view of Jesuit ministry and grounded the early Society’s entry into opening and running schools. O'Malley writes, "By undertaking the staffing and managing of schools for lay students, the Jesuits not only created a new—and at the time distinctive—ministry for themselves, a ministry no previous order had ever undertaken in a systemic way, but they created a new ministry in the Catholic Church," a ministry flourishing at Regis and at Jesuit schools across the country and around the world.

A commitment to the common good is a commitment to bettering the world in which we live for the glory of God. Jesuit schools cannot help but be committed to working with God in the ongoing work of creating a world of justice and opportunity, of mercy and forgiveness, of love and equality in which all women and men can flourish. It is in our institutional DNA to do so. It is who we are as Jesuit and Catholic schools. It is who we are at Regis. At times it will mean disturbing the peace.

This year, as we more explicitly celebrate generous lives, it is abundantly clear that we need not look far for examples of a commitment to the common good, to charting distinctive paths. This issue of the RAN profiles three Regians, two alumni and a current senior, who share common traits of compassion and a commitment to service, but who go about their work in different fields of endeavor. Each in his own way makes the lives of others better. Each in his own way lives life "for the glory of God and the common good," a trait shared by countless other Regians and members of the wider Regis community.

The theology faculty at University of Paris was the most respected theological body of its day, and its condemnation of the early Society a very serious matter. But Ignatius did not let it derail his or the Society's commitment to an extraordinary range of initiatives, including schools. If he had you would not be reading this today. Sometimes it pays to live dangerously and risk condemnation—all for the greater glory of God, of course!