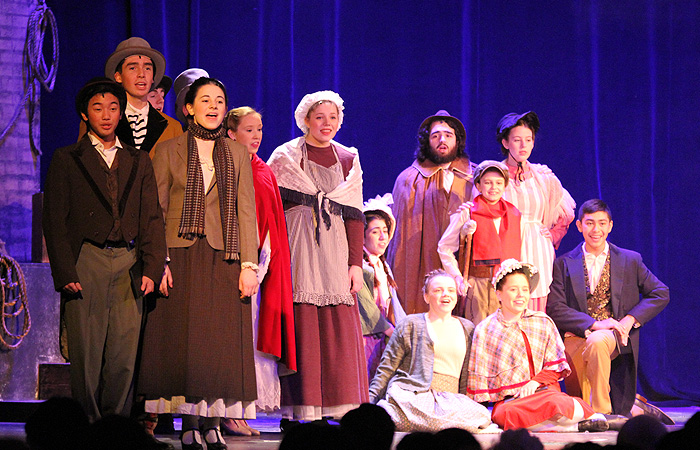 Before students left for Christmas recess, the Regis Repertory gave three spirited performance of Scrooge: The Musical on December 10, 11, and 12. The audiences were larger-than-usual for the seasonally appropriate performances, with triple the expected attendance for the Thursday performance, and sold-out crowds for the Friday and Saturday shows.

The show did not disappoint, with a vibrant set design, inclusion of various special effects, complex choreography and dancing, beautiful costumes, and inspired acting.

There was no shortage of support and guidance throughout the preparations for the production. Ms. Maura Malloy served as director and choreographer, while Mr. James Langan served as moderator for stage crew set design. Mr. Vincent Peterson provided musical direction, Ms. Karin Miller-Lewis oversaw costumes, and Ms. Gena Reisig served as props master.

"The cast, crew, and pit band were all truly a joy to work with," said Ms. Reisig.

"There was a real feeling of unity among everyone, that we were all working toward the same goal... Everyone helped one another, supported each other, and pulled together to create something magical. We are truly thankful to everyone who came out to support our students, who poured their hearts and souls into making a great show."

For those looking ahead, Mr. Andre Anselme will be directing the suspenseful and thrilling Dial M for Murder this spring. The production stands alone as the only play for which a Hitchcock movie is based.

A variety of photos from the production are provided below. 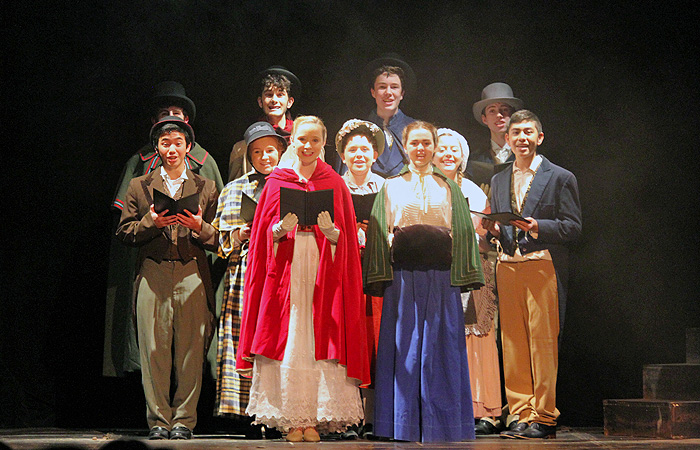 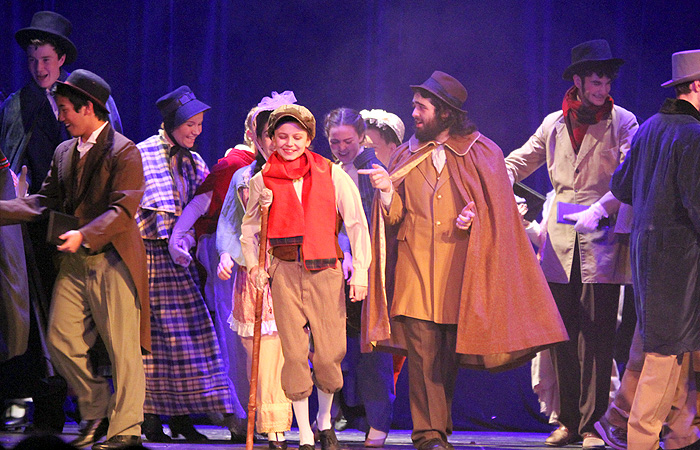 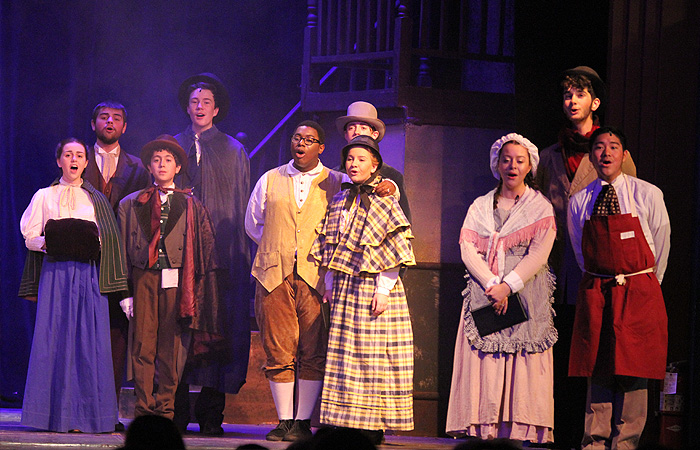 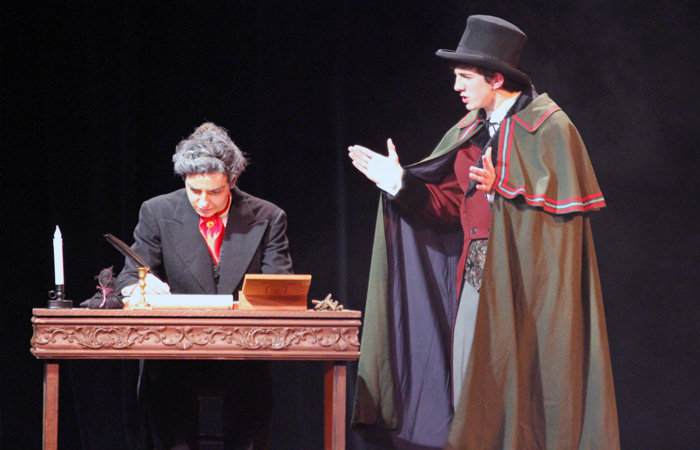 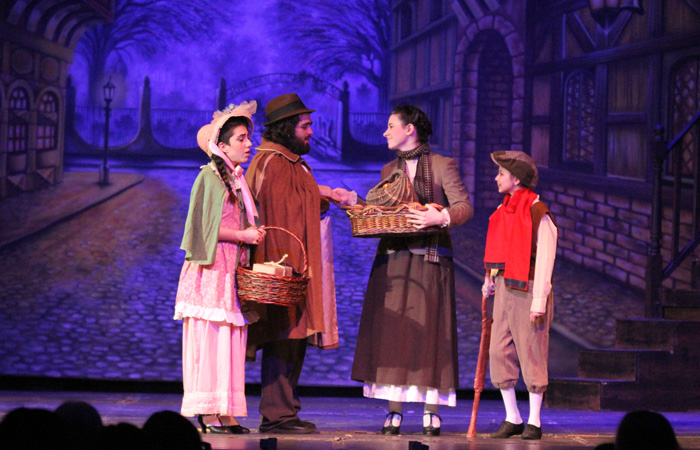 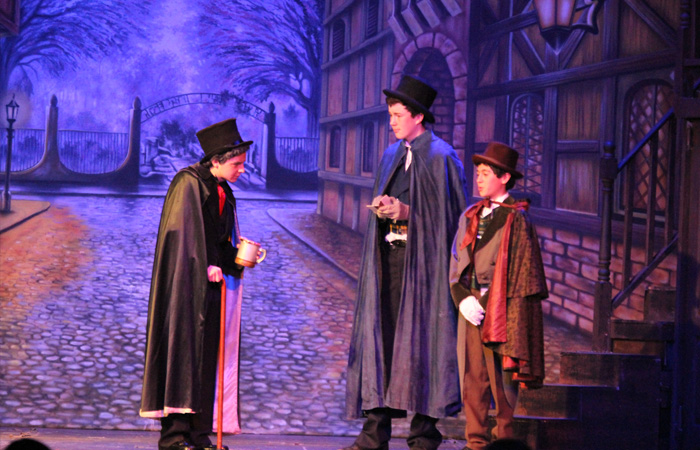 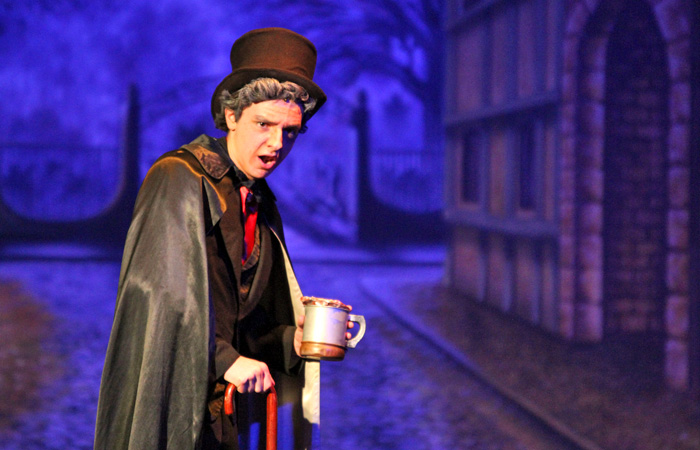 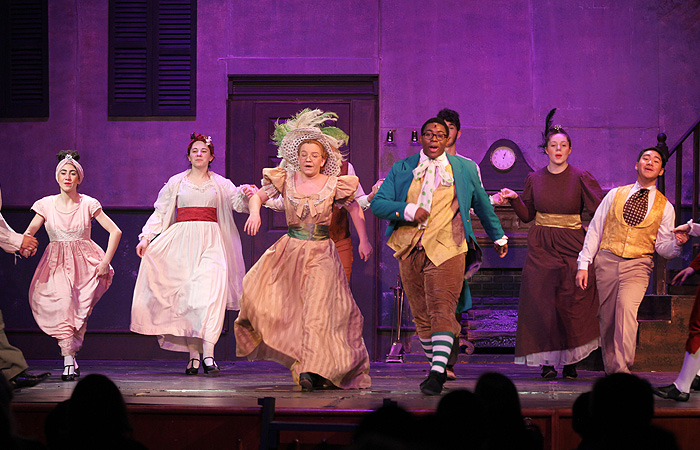 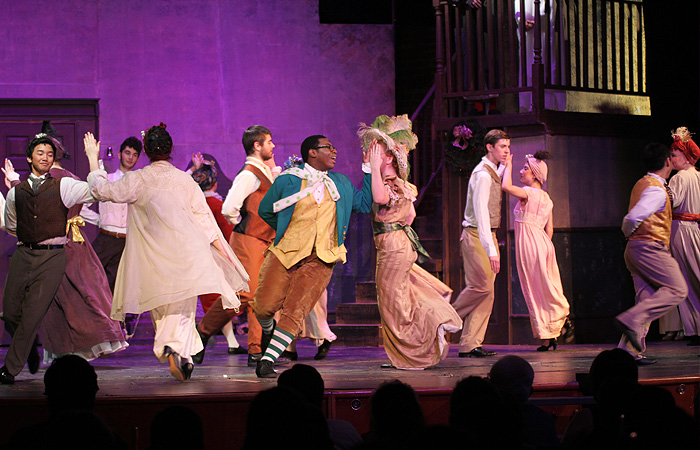 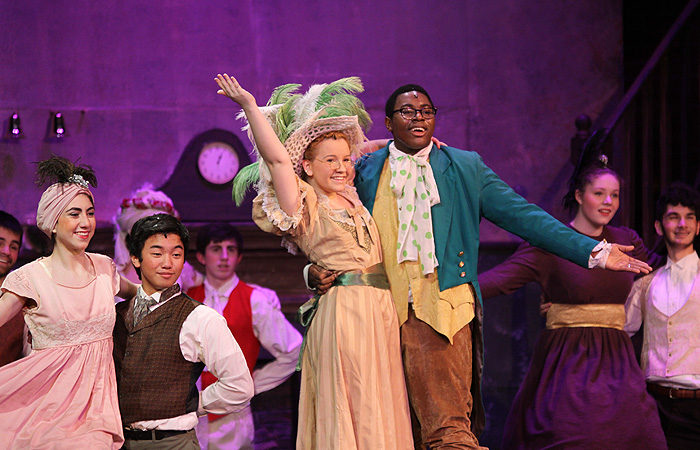 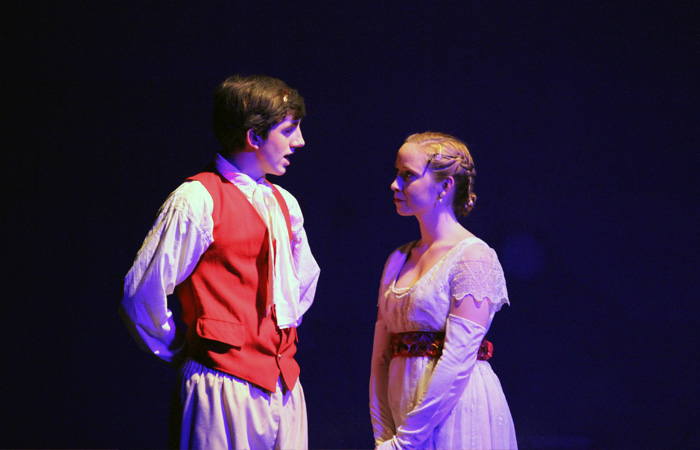