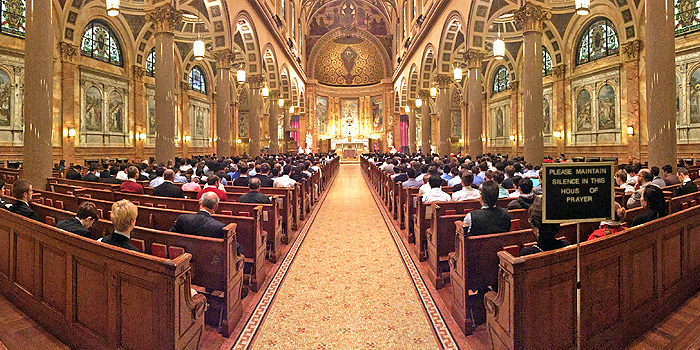 On Friday, December 18, the Regis High School community gathered to celebrate the Advent and Christmas Liturgy. Below is a reprint of Mario Powell, S.J.'s homily delivered at the Mass. 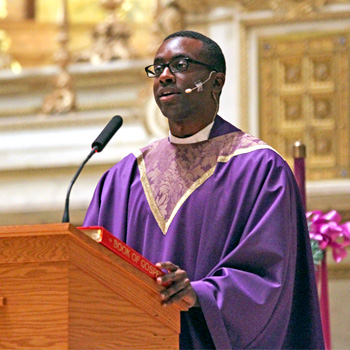 Two years ago one of the largest Make-A-Wish projects ever staged occurred in San Francisco. Miles Scott a 6 year old who had cancer asked to be Batkid for a day. Once the request went out, thousands of volunteers, city officials, businesses and supporters rallied to turn San Francisco into Gotham City.

Batkid took part in staged events including several crime scenarios, and received the key to the city from San Francisco mayor Ed Lee. President Obama and other elected officials, and representatives from law enforcement also took part, and the San Francisco Chronicle, the city’s main newspaper, produced a "Gotham City Chronicle" in honor of the efforts with the headline "Batkid Saves City: Hooded hero nabs Riddler, rescues damsel in distress."

A young child got people to dream a little more.

The exact opposite takes place with the leaders in our first reading. Jeremiah rails against these leaders because they do not bring out the best of people and protect the poor.

Jeremiah goes through the entire line of the royal house of David in chronological order castigating them. He warns the entire house of David that what God expects of kings is that they rule justly and they weren’t doing it. So we read of a series of warnings:

Jeremiah sizes up the Kings of the House of David and is not impressed. They did not rule justly; they did not care for the poor, and they did not listen to God. So Jeremiah condemns them to destruction.

But then in our reading from today Jeremiah’s tone shifts: Behold the days are coming:

Jeremiah is clear about failings of the House of David, but makes it equally clear that there is a future king coming whose rule will be defined by justice: justice shall flourish in his time, and fullness of peace forever; he shall rescue the poor when he cries out, and the afflicted when he has no one to help him; He shall have pity for the lowly and the poor; the lives of the poor he shall save. 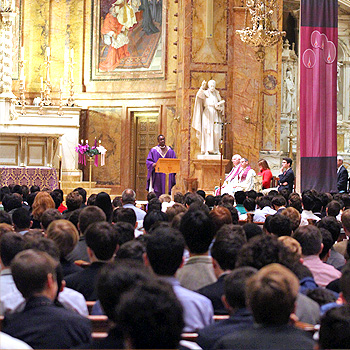 This future son of David will be the savior because he looks after the poor, because he is just.

He will be unlike the other kings of the House of David. This king will rule with love and mercy instead of a sword. This king will govern wisely and do what is just. This future son of David is then put in alignment with the Davidic dynasty that Jeremiah rails against.

We know that this king would come to them and to us as a child. Jeremiah says his name shall be: The Lord our Justice.

In our Gospel reading from Matthew, Matthew also makes it clear that Jesus is indeed the king that Jeremiah and the prophets of the Old Testament had been waiting for. Matthew gives him another name—Emmanuel—God is with us.

This Emmanuel, this child, is what we come to worship today; we come to this church to join our voices with others who long for a king as Jeremiah did…who long for a different kind of a king—a child. They long for a Messiah who rules with love, mercy, and justice not with armies. They long for a child who governs our hearts; one who rescues the poor; one who is Justice. O come, O come Emmanuel. This is the song of the poor.

God dreamed this child, this Emmanuel, this Son of Mary, this king into existence but throughout human history God’s dream for his people has been constantly frustrated. But the dream endures. God dreamed big and gave us Jesus.

How big do you dream?

Being at a Jesuit Catholic high school we ask that you dream big. Here at Regis you commit yourself to educating your whole person—mind, body, and soul. But we know that you can’t be considered whole without an ability to stand in solidarity with other human beings in their hopes and fears and dreams especially in their time of need. This is what the Davidic Kings failed to get and they were condemned. They didn’t dream big enough. They didn’t allow the dreams of a small child to rule their hearts. 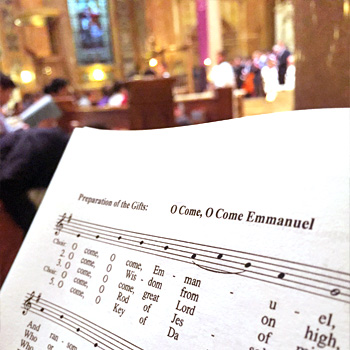 Like then, as it is now there are so many people in our world today who peddle darkness and low expectations for little more than self-aggrandizement.

The birth of Jesus Christ, this young child, means nothing is impossible. This Jesus, this little child, draws out of us our better selves. This child allows us to dream of a world that is still yet to come.

As Mr. Grunner said at our Christmas tree lighting: "today we join together in celebration and we give thanks for the blessings that we have received this year. But, perhaps, more importantly, I urge us to renew our commitment to bringing about a world of justice, compassion, and love, to living lives of discernment, generosity and service, doing our best, always, to invest the world with just a little more light, a little more hope. We are, after all, sons and daughters for others."

In the final Canto of Dante's Paradiso he writes:

"Power, here, failed the deep imagining: but already my desire and will were rolled, like a wheel that is turned, equally, by the Love that moves the Sun and the other stars."

May your dreams this season turn the world like a wheel towards the arc of justice, love, mercy and may we cry out together with the poor…O come, O come Emmanuel.