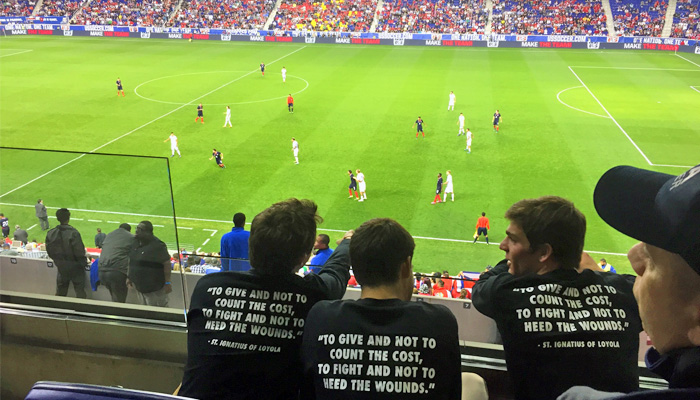 The senior members of the Regis varsity soccer team were in attendance last Tuesday as the U.S. Men's National Team faced 2014 FIFA World Cup quarterfinalist Costa Rica at Red Bull Arena in Harrison, New Jersey. The team was able to attend through the generosity of Mr. Sunil Gulati P'15, President of the U.S. Soccer Federation and member of the FIFA Executive Committee.

While the U.S. team lost the match in a hard-fought 1-0 game, the Regians in attendance nonetheless had a memorable night. Beyond watching the match from luxury suite seats, the Regis teammates were able to walk the field after the game and even meet the U.S. team players. Below are a few photos recapping the experience. 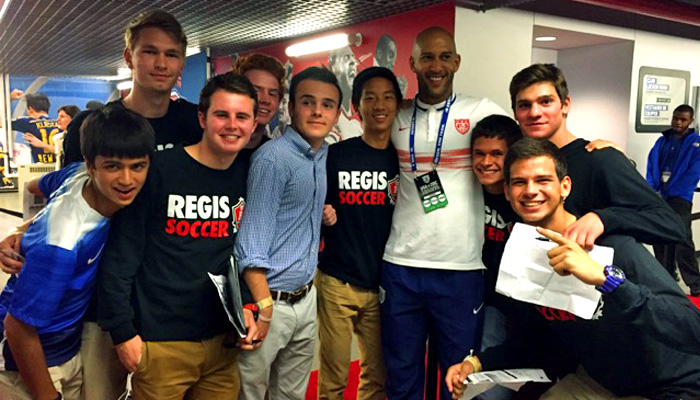 The Regis players were excited to meet U.S. goalie Tim Howard, who was  gracious enough to pose for a picture with them. 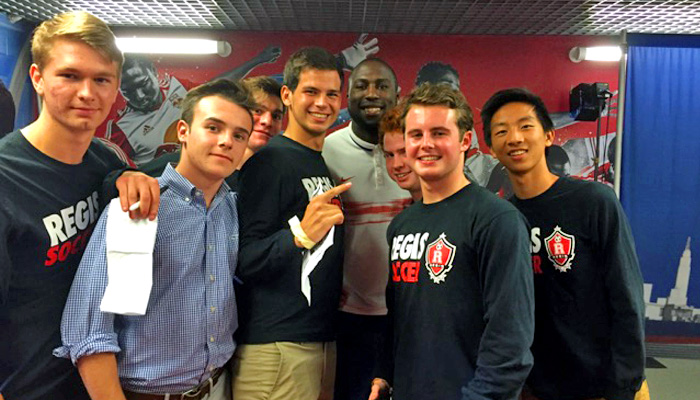 The Regis players were equally excited to meet and pose for a picture with U.S. forward Jozy Altidore. 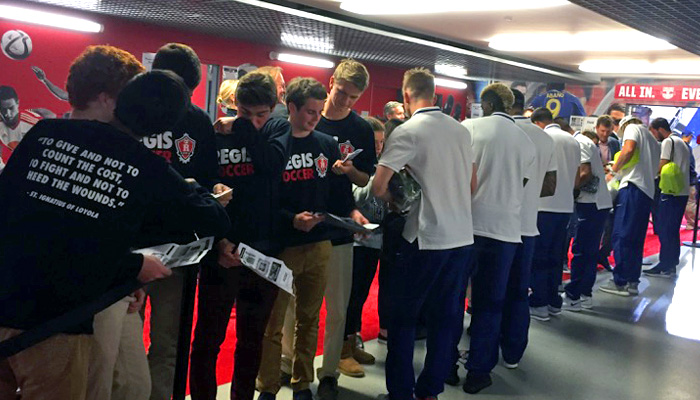 After the game, members of the U.S. Men's National Team greeted the Regians in attendance and signed memorabilia for them. 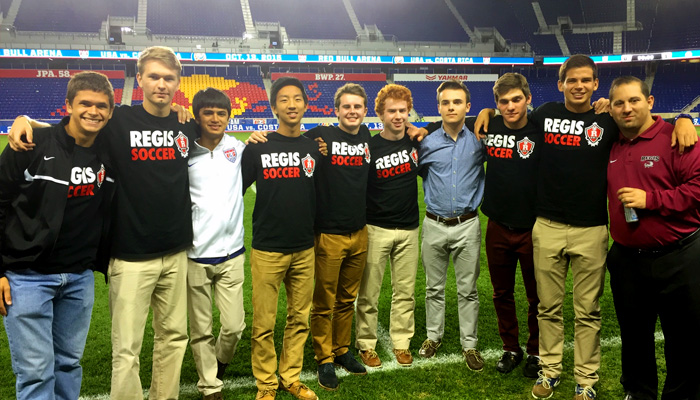 The Regis teammates, along with varsity coach Mr. Vincent Catapano '96, had the opportunity to walk the field after the game and pose for a picture at center field.