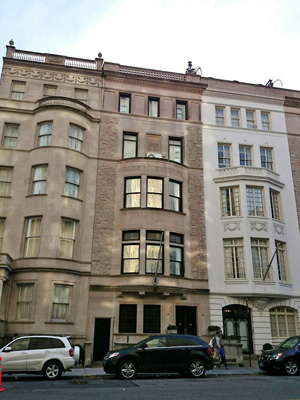 When the first Jesuit Pope makes his first visit to New York City this September, a townhouse with a deep and meaningful connection to Regis will serve as his overnight residence.

Completed in 1894, the townhouse at 20 East 72nd Street was once known as the home of Julia Murphy Grant, the daughter of U.S. Senator from New York Edward Murphy and widow of Hugh J. Grant, the youngest man ever elected Mayor of New York City (serving from 1889 until 1892).

When Hugh Grant passed away in 1910, he left behind an estate valued at about $9 million. It was from that fortune that Mrs. Grant was able to fund the establishment of Regis High School, which opened its doors to students in 1914.

(Pictured: The former Grant residence on 72nd Street that now serves as the residence for the Pope during visits to New York)

After the death of her husband, Mrs. Grant maintained a deeply Catholic home, where she lived for the rest of her life with her children. After an incredible, unparalleled life of anonymous philanthropy and charity, Julia Grant passed away in 1944.

The Grant children maintained their mother’s acts of charity including the financial support to sustain the tuition-free mission of Regis. In fact, the Grant family fully funded Regis's operating expenses through the early 1960's. Today, with approximately $13 million in operating expenses funded through capital and annual giving, Regis remains the only tuition-free Catholic high school in the United States.

On January 13, 1975, Hugh Grant Jr. oversaw the transfer of the family residence to the Archdiocese of New York. Since then, the inconspicuous townhouse on the residential block of East 72nd Street between Fifth Avenue and Madison Avenue has served as the official residence of the Apostolic Nuncio from the Holy See to the United Nations. Since John Paul II’s visit to New York City in 1979, it has also served as the home welcoming the Pope for overnight stays. 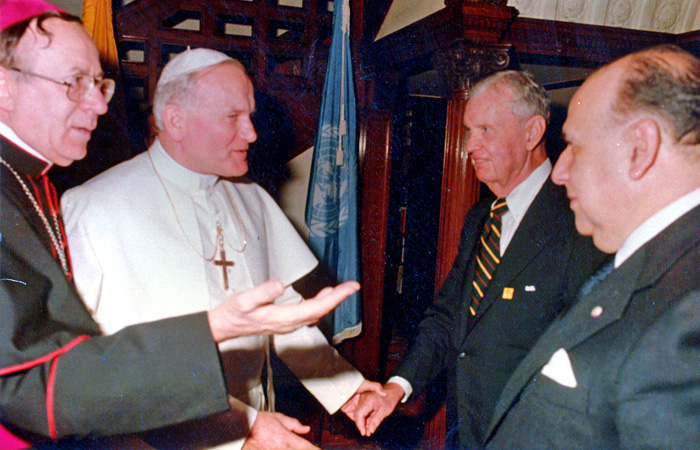 Above: Hugh Grant, Jr. (second from right) greeting Pope John Paul II during the Pope's 1979 visit to New York City. The meeting took place inside the townhouse originally owned by the Grant family and where the Pope stayed during his visit. Source: Regis High School Archives 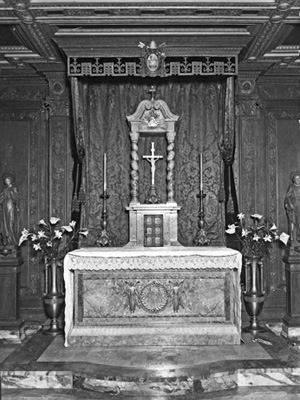 The 11,000 square foot, five-story residence is just a short walk from the landmark Regis High School building. In addition to the house’s many religious objects, in 1914 Mrs. Grant had a private chapel built in the residence, naming it the "Chapel of the Holy Spirit". The chapel was designed by Maginnis and Walsh, the same architects commissioned to design Regis a few years prior.

Rev. David W. Hearn, S.J., Pastor of St. Ignatius Loyola Church on Park Avenue and former President of Xavier High School on 16th Street, was the man who supplied the vision for Regis High School that Mrs. Grant funded. Fr. Hearn served as the first President of Regis, and was also the first priest to celebrate Mass in the Grant's private chapel.

Over the ensuing six decades and until the death of Hugh Grant, Jr. in 1981, three different Jesuits served as chaplains for the family and celebrated Mass daily in the Grant's townhouse chapel (William Fox, S.J. from 1914-1929, Patrick Quinnan, S.J. from 1929-1957, and Edwin Brooks, S.J. from 1957-1981). Hugh Jr. acted as altar server at these Masses well into his seventies. The chapel also served as the site for other celebrations such as Baptisms and First Communions for members of the extended family. 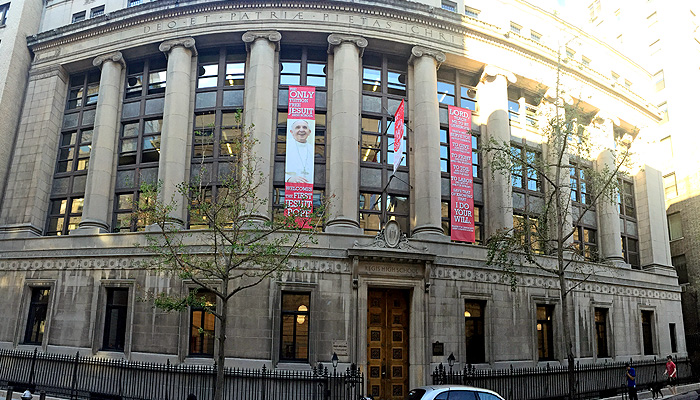