Calendar
Events
Shop
Auction
Employment
Directory
Contact
myRegis
Student & Alumni Families Gather in Quadrangle for Summer Barbecues
Student and alumni families gathered in the Regis Quadrangle and Auditorium this August to enjoy a summer barbecue in the company of their extended Regis family. Over 150 alumni and family members met on the evening of August 6, while over 300 current students and their families attended on August 26.

The evenings were hosted by the Office of Development whose staff, along with the help of some energetic young alumni, greeted guests and grilled an abundance of food. Fr. Jim Croghan, S.J., Interim President, also greeted guests and briefly addressed the families in attendance.

While enjoying food and refreshments, attendees were invited to watch MLB baseball games on the Auditorium's high definition projector screen, and take photos with the historic Regis Owl statue. Guests also received a color photo print as a keepsake.

As documented during the centennial, the Regis Owl was first perched in the Quadrangle on September 22, 1914. On the present site of the school there formally stood a building surmounted by the Owl. When the building was razed the Owl was preserved and placed in the quadrangle. The Owl disappeared briefly in the late 1970's, seemingly the victim of a teenage prank. But it was quickly recovered and delivered to the Jesuit residence on 83rd street for safe keeping. When the Regis Archives were created in 2007, the owl returned to 84th street. The Owl now returns to the Quadrangle during summer barbecues, a tradition that began last year.

A small sampling of photographs from the two summer barbecues are provided below. 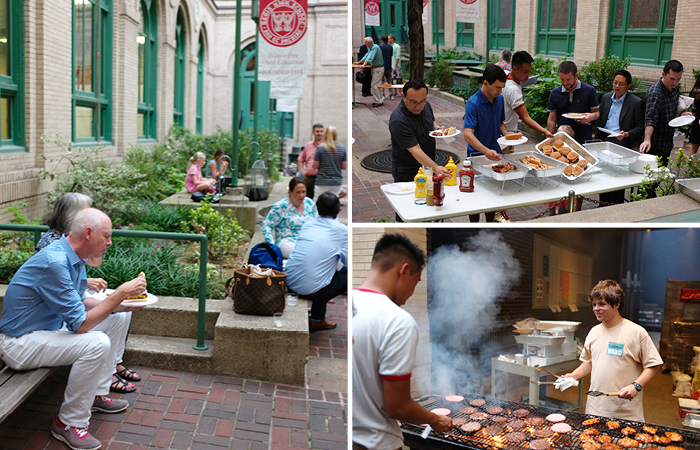 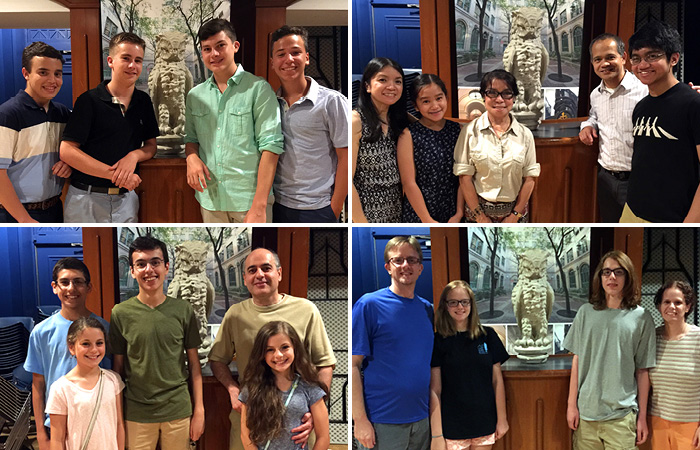 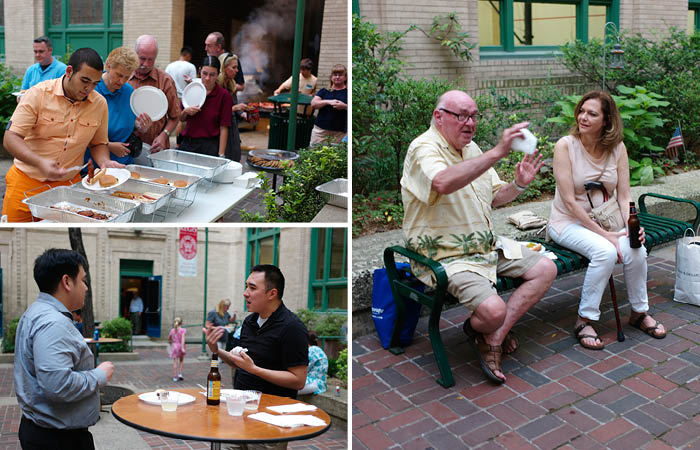 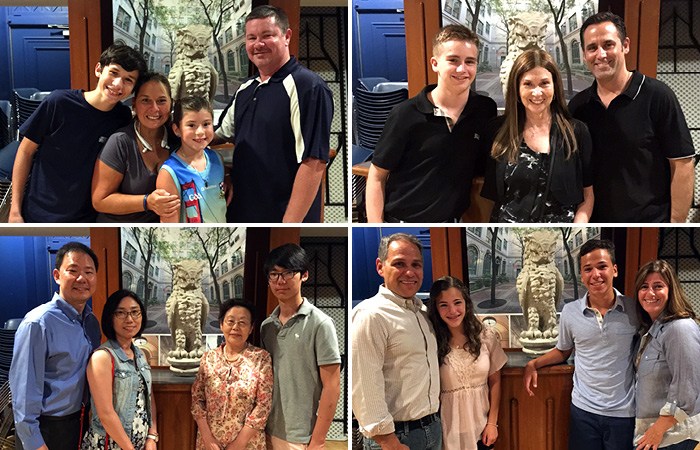 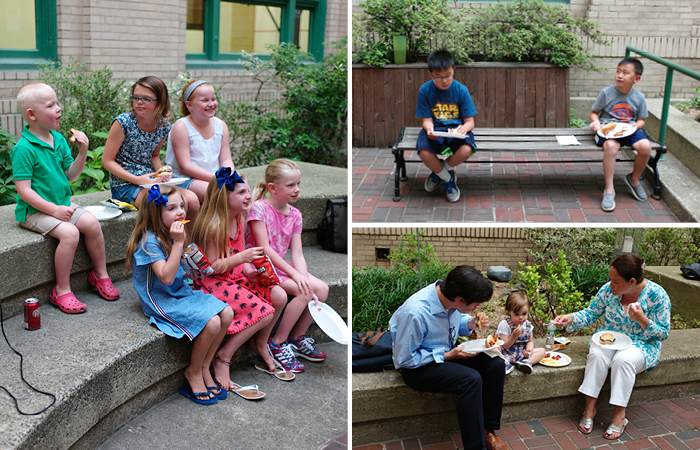 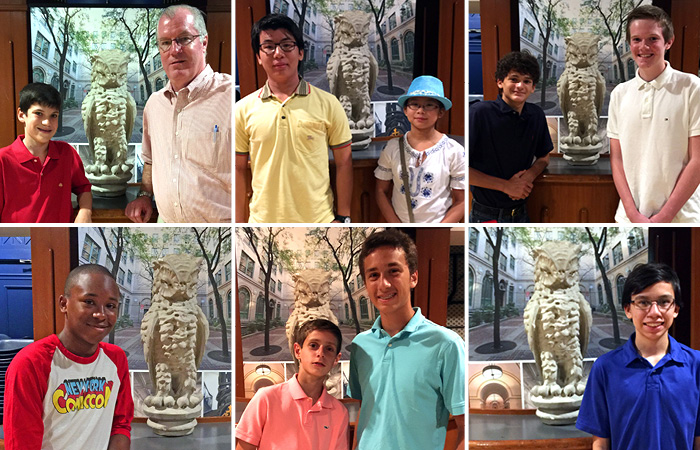 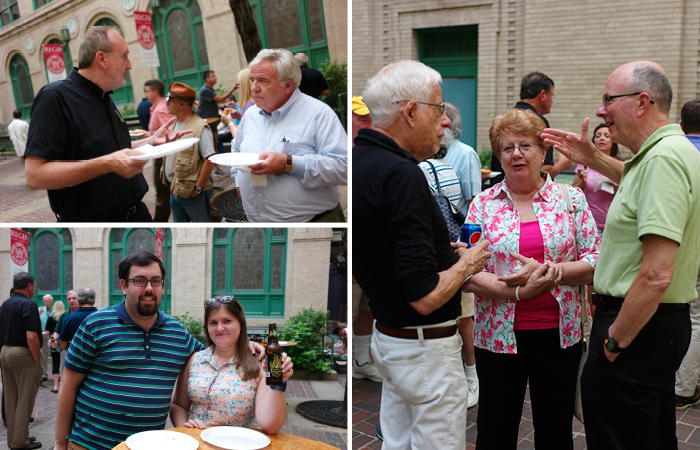 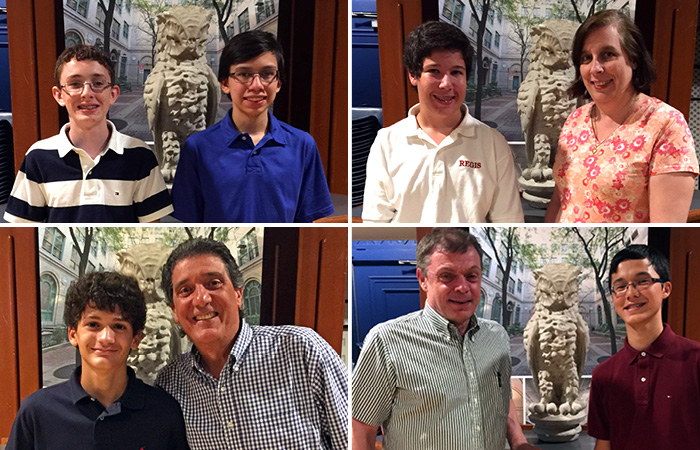