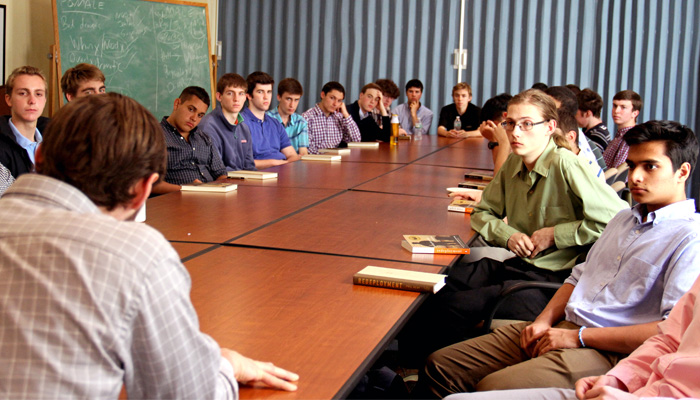 Klay began his visit by talking with students enrolled in a course titled "Regis Contemporary Authors", the senior elective featured in the most recent Regis Alumni News magazine. He then met with two students working on an independent study that focuses on war fiction. Finally, he closed his visit by giving a public reading and Q&A to a group of about 30 students and faculty.

Throughout his sessions, a few themes emerged from the day. These came to light due to students' well-informed questions and Klay's thoughtful and thorough answers. 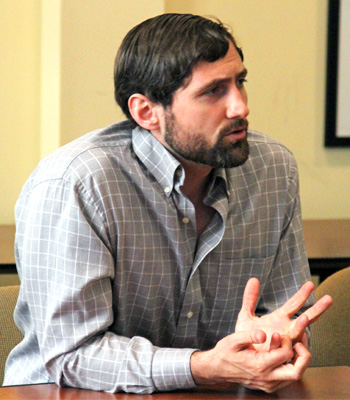 Klay talked at length about great art as starting a conversation. Rather than create "artistic objects" meant for "aesthetic contemplation," Klay wants his art to start a conversation, and quoted German philosopher Peter Sloterdijk to suggest that we think of books as "thick letter to a friend." Indeed, Redeployment has started many conversations, not only among students here at Regis, but also in the American public.

In addition to talking about his theory of art, Klay discussed his writing process. He mentioned that he has come a long way from his days in Dr. Tricamo's short story seminar. He modestly and humorously described his final story for Dr. Tricamo as  "truly terrible."

Klay emphasized the importance of diligence, mentioning that many of his stories went through 15 to 20 drafts. He also mentioned the importance of trusted readers, from other writers to Regis classmates, who could critique drafts. Finally, Klay said multiple times that he is "constantly reading" and taking ideas from disparate sources to inform his own writing.

Students were also curious about Klay's motivation for joining the Marines and his experience as an officer. Throughout his comments about military life, Klay focused on service and duty throughout. He even noted that Regis's motto of "men for others" was something he referenced when describing his call to serve with others.

Overall, Klay's visit was a great success. He interacted with numerous students and made a positive impression on all. We thank him again for his generosity with his time and look forward to his future work. 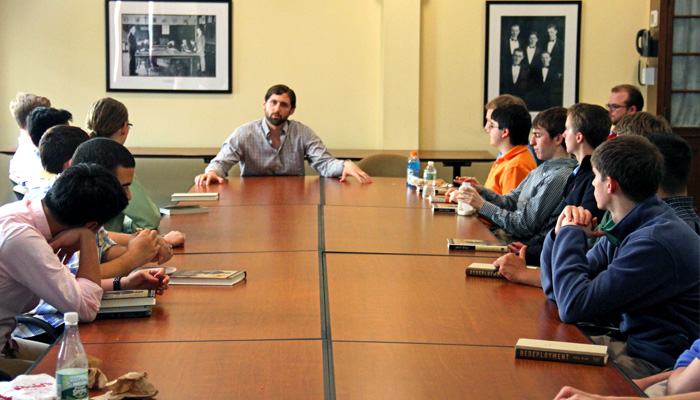