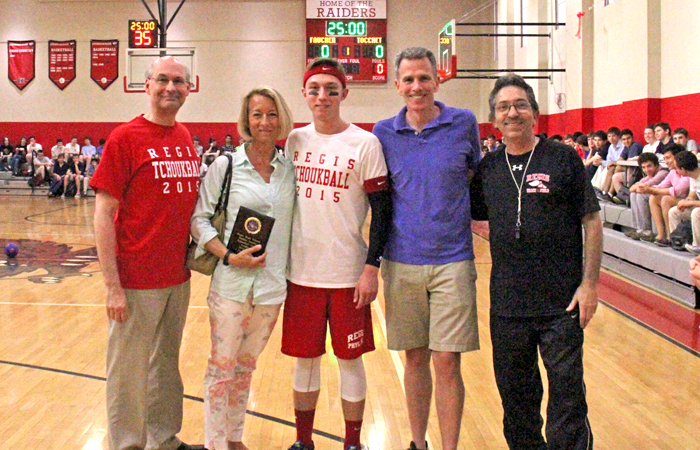 Above: The Faucher family, sponsors of this year's game, pose for a photo with Dr. Gary Tocchet (Principal), and Mr. John Donodeo (game referee).

On Friday, May 8, students and faculty participated in the an annual student-faculty tchoukball game. The scheduling of the annual matchup is determined at the annual Parents auction. The Faucher family (Michael '15) held this year's winning bid.

Originally created in Switzerland, tchoukball features teams of six or seven players vying to throw a ball into a bounce-back frame at each end of the court. To score, the ball must hit the frame and bounce outside of a designated area without being caught by the defending team. Physical contact is prohibited, and defenders may not attempt to intercept the attacking team's passes.

The faculty team usually begins this annual match-up at a bit of a disadvantage, given that the students have had the benefit of practice during Phys Ed class. Despite this handicap, the faculty team proved to be quick learners. After falling behind early by as many as 8 points, they charged back to cut the deficit to 2 at halftime.

In the second half, the faculty once again fell behind by 8 points, but stormed back to tie the game with just seconds remaining. For the first time, the rivalry needed a 2-minute overtime to decide the victor. With seconds remaining, the packed gym witnessed the student team hold on to win with a final score of 75-74, the highest scoring game in the five year history of the event.

Sincere thanks to the Faucher family who made the game possible with their generous bid at the 2015 Parents Auction. Below are some photographs showcasing the high-flying fun demonstrated by both students and faculty at this year's game. 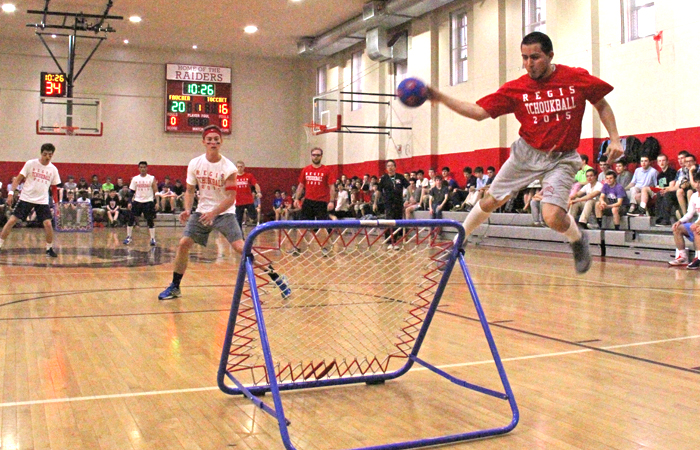 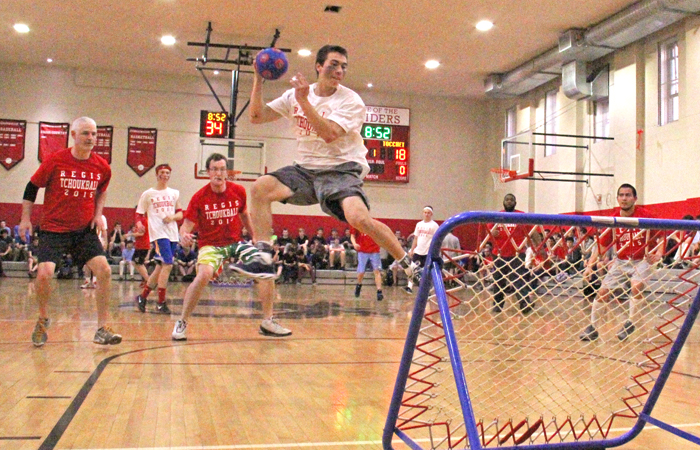 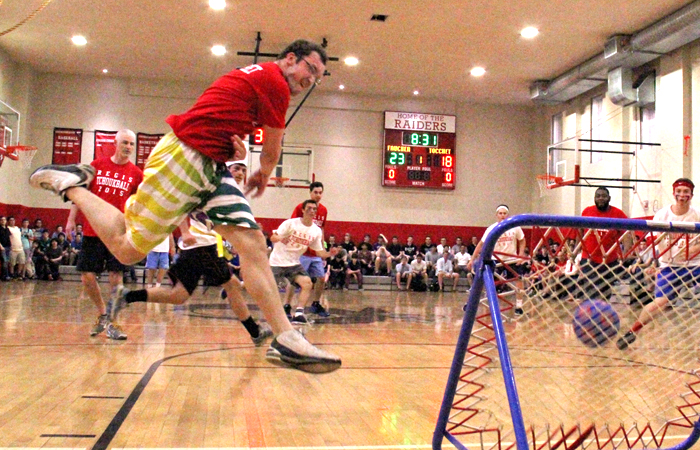 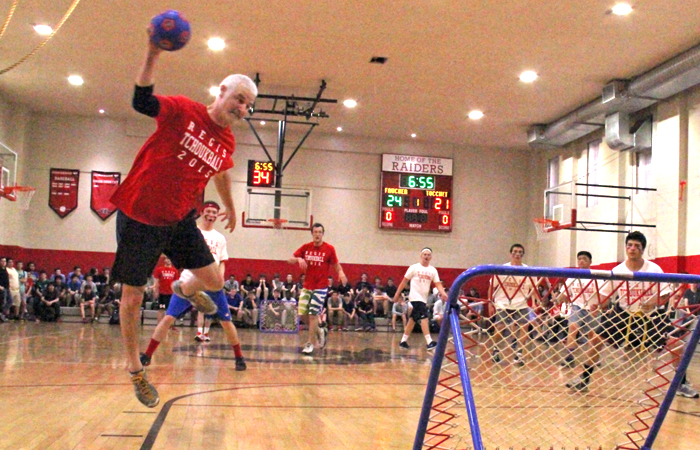 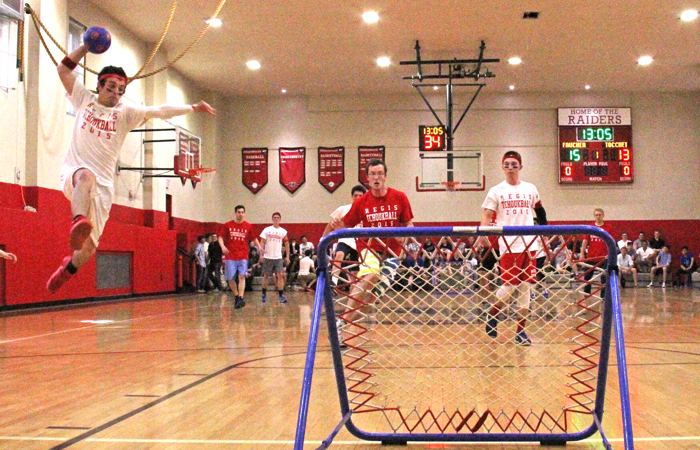 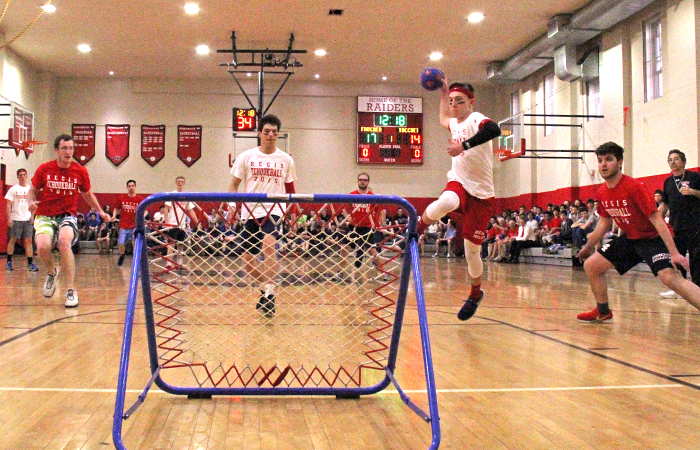 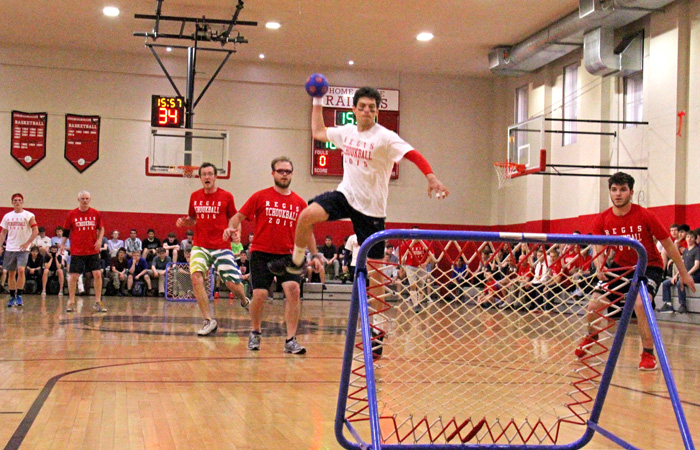 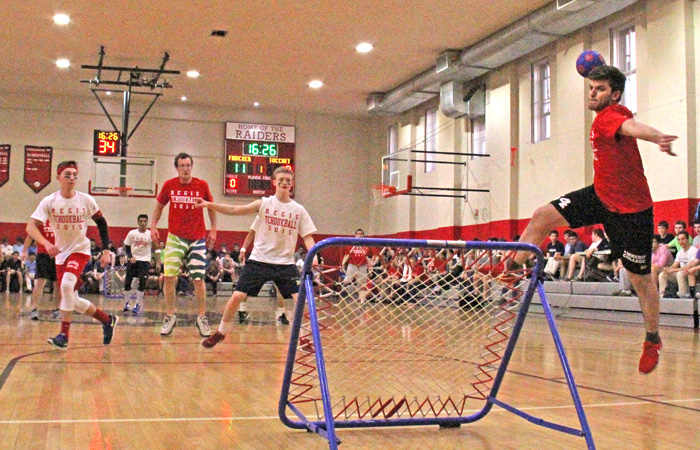 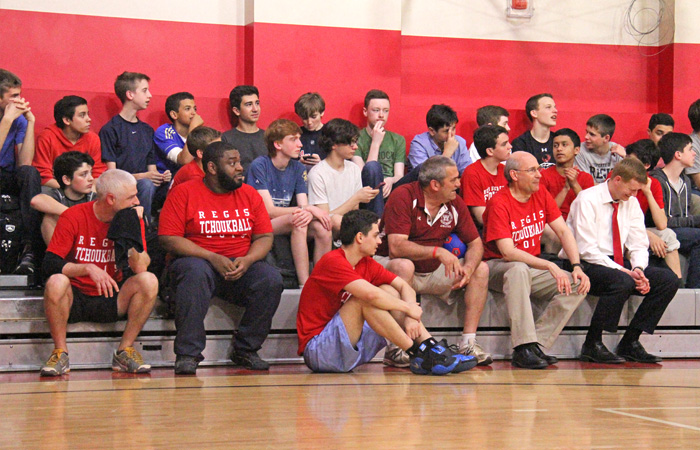 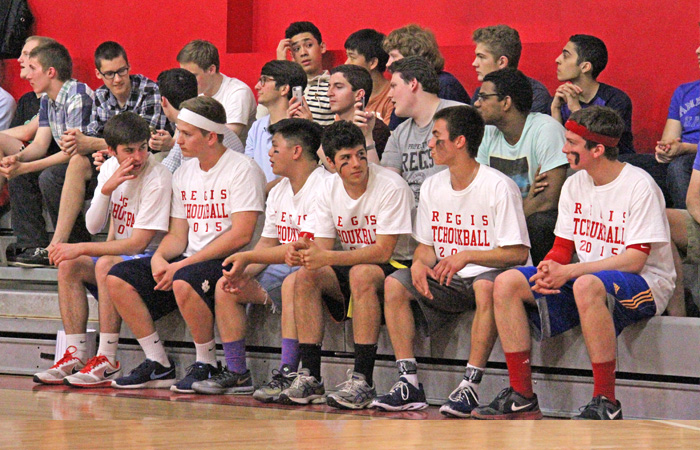