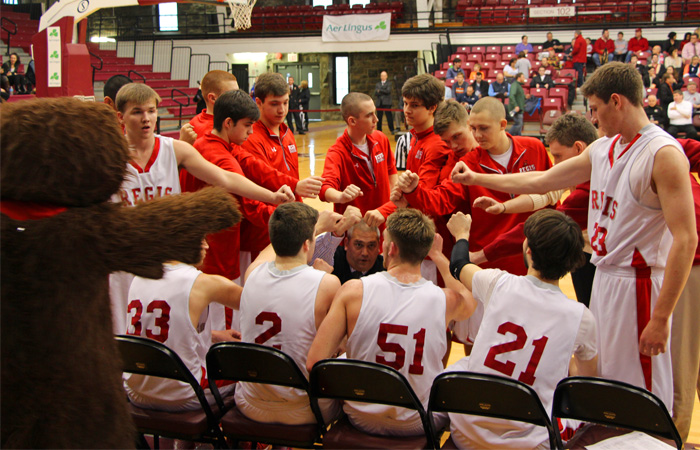 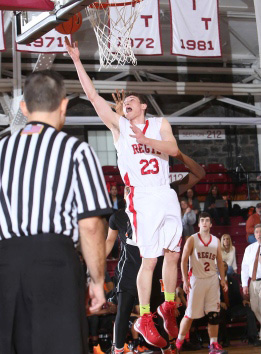 The Regis varsity basketball team met The Park School of Buffalo on Saturday afternoon with the CHSAA B-Division State Championship on the line. In an incredibly tight match that featured a tie score entering the fourth quarter, Regis found itself falling short of earning a second straight State Championship, with a final score of 48-43.

The game featured physical play and tight defense, with both factors keeping team scoring low. Regis was behind 12-10 at the end of the first quarter and 23-19 at halftime.

But momentum seemed to be in Regis's favor as senior guard Charles Gavigan sparked a late third quarter rally. Gavigan, who led all scoring with 19 points, helped give Regis its biggest lead of the game, 32-26. But Park School would chip away at that lead, and the game was knotted at 34 entering the final 8 minutes.

In a tense and physical fourth quarter, the Regis momentum was stymied by Park's junior forward Jordan Nwora. In a game where Park rarely converted from the perimeter, Nwora hit two late-game three-pointers and helped build a lead that proved too much for Regis to overcome so late in the game. 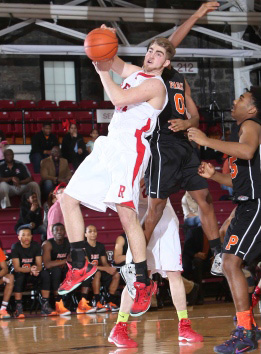 Regis would cut the lead to 2 with 32.9 seconds remaining. But the clock became the enemy as there was not enough time to stage a second rally, and Regis fell 48-43.

Despite the loss, the varsity squad can still take pride in having earned the school's second consecutive City Championship, a title Regis had not held since 2005.

The state title game was streamed live by MSG Varsity, and a replay of the game can be viewed on the MSG Varsity website. Video clips of game highlights can also be viewed.

Some photographs from the game are provided below. MSG Varsity has also made available a collection of state title game photographs. 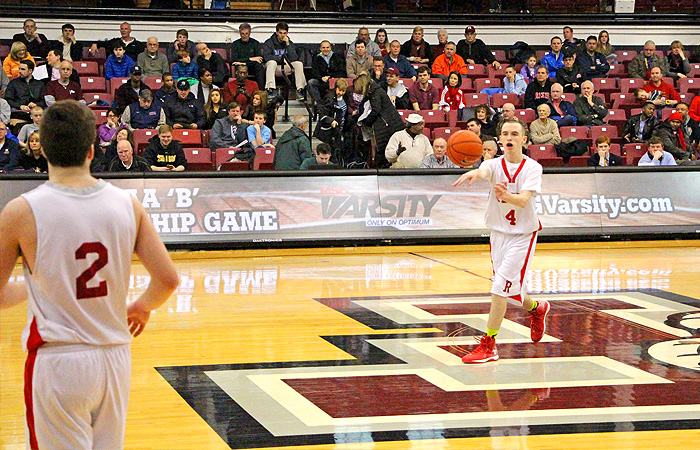 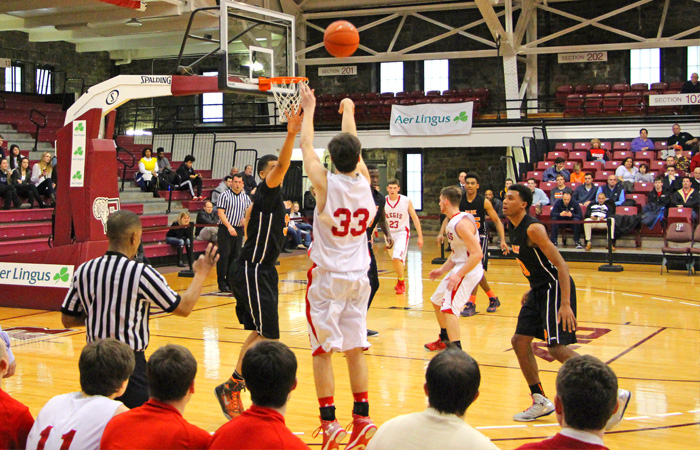 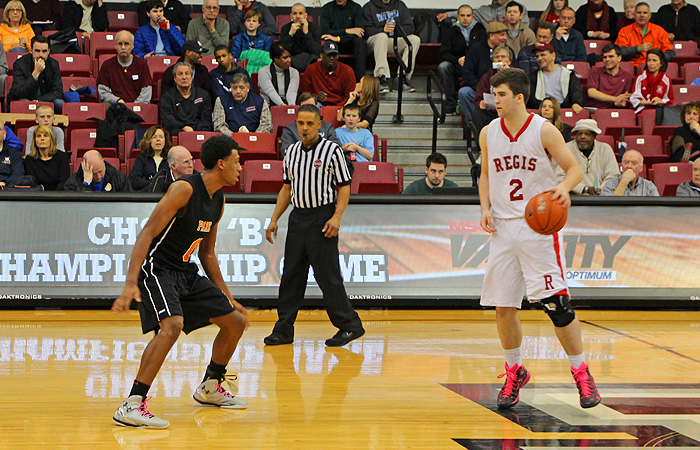 Charles Gavigan '15 controls the point against the pressure of Park's defense. 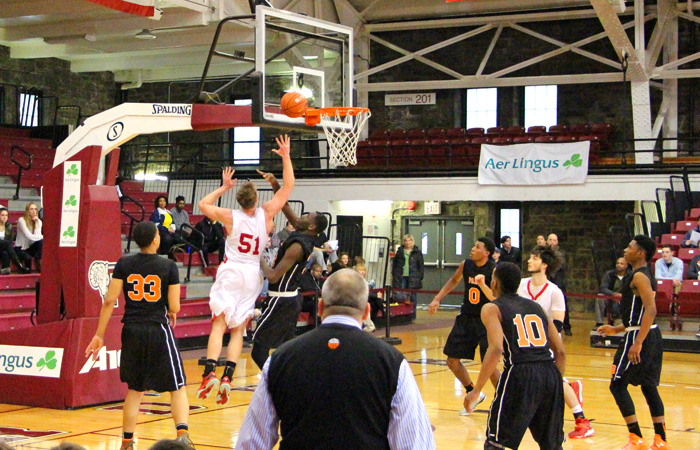 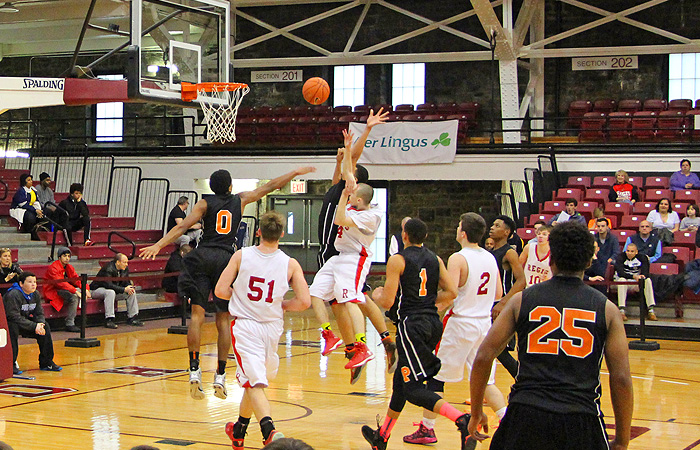 Shane O'Donoghue '16 drives to the basket against two Park defenders. 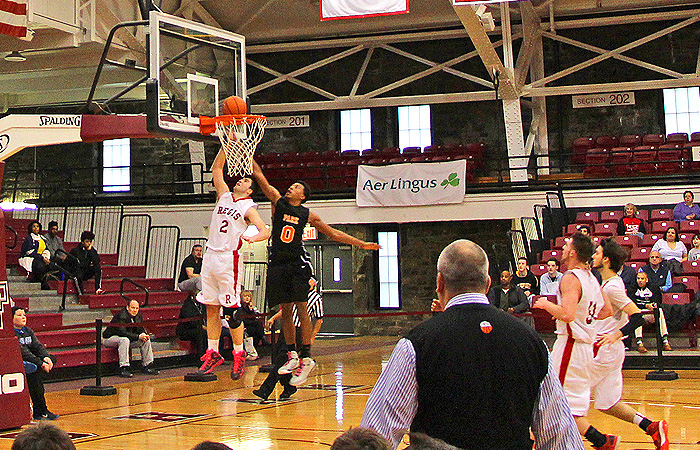