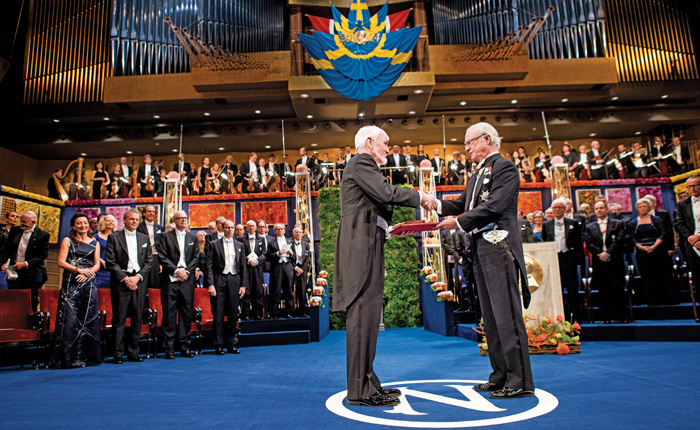 On December 10, 2014 John O'Keefe '57 received his Nobel Prize from His Majesty King Carl XVI Gustaf of Sweden at an award ceremony held in the Stockholm Concert Hall. The prize was awarded to O'Keefe along with Norwegian scientists May-Britt Moser and Edvard Moser for their joint efforts to identify the "inner GPS" that helps the brain navigate through the world. (Read more: John O'Keefe '57 Awarded Nobel Prize in Medicine | October 7, 2014). The findings in their research have changed how we understand how cells work together to perform cognitive functions. Among other things, this research could lead scientists to a better understanding of diseases like Alzheimer's.

Watch: John O'Keefe delivered his Nobel Lecture on 7 December 2014 at Aula Medica, Karolinska Institutet in Stockholm. He was introduced by Professor Hans Forssberg, Adjunct Member of the Nobel Committee. 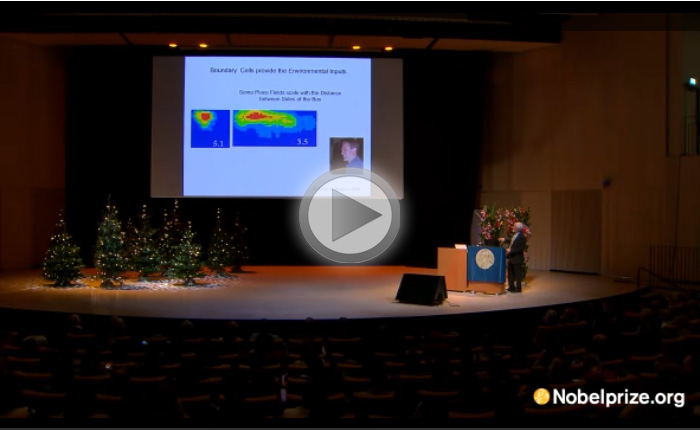 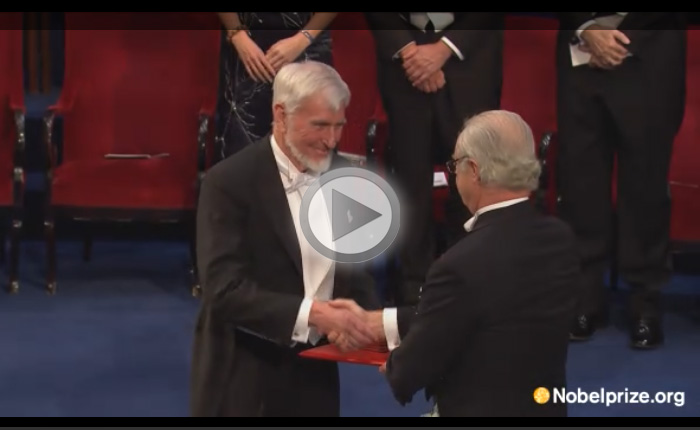 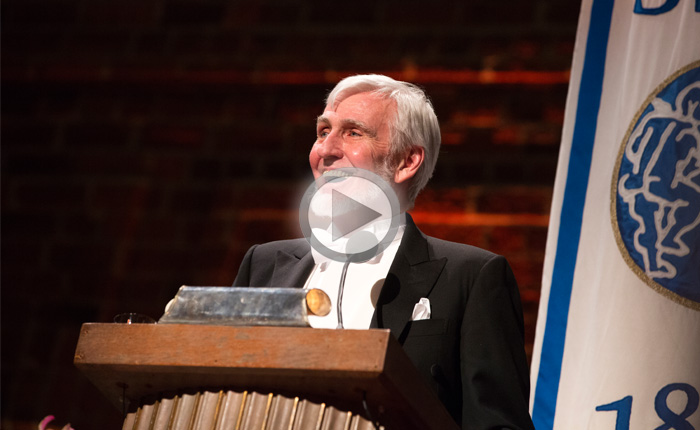