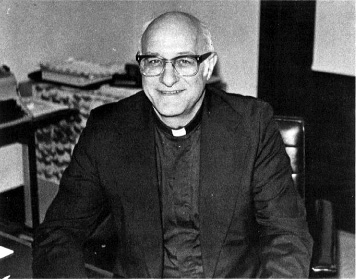 Father Fischer was born on December 23, 1923 and entered the Society of Jesus at St. Andrew-on-Hudson (Poughkeepsie, NY) on July 30, 1942. He became the 17th President of Regis High School in 1980, a position he would hold for 12 years. When he left Regis in 1992, his tenure became—and remains—the longest of any Regis President.

Please pray in thanksgiving for his work for Regis and other Jesuit apostolates, and for the repose of his soul.

Arrangements for Fr. Fischer are as follows: