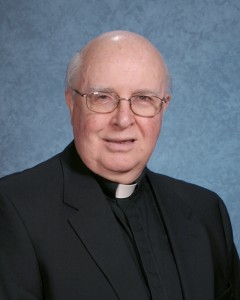 Fr. Caufield was born on October 10, 1936. Growing up in the New York City area, he attended the Jesuit-run Brooklyn Preparatory High School. He entered the Society of Jesus at Bellarmine College in Plattsburg, New York on July 30, 1954.

At Regis, Fr. Caufield served as both a Guidance Counselor and as the school's first Faculty Chaplain, a position referred to today as the Director of Ignatian Programs. Fr. Caufield dedicated much of his time at Regis to developing the religious formation goals for the school. He was passionate about serving Regis students, faculty, and staff in this capacity.

Arrangements for Fr. Caufield are as follows: 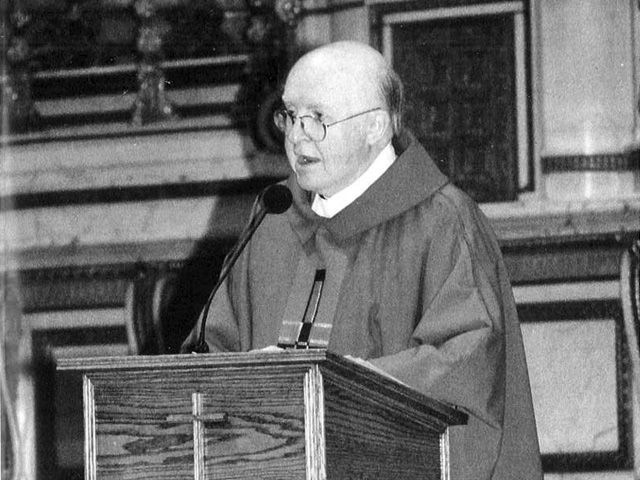 Above: Fr. Caufield presiding over a mass at Saint Ignatius Loyola Church in this undated photo from the 2004 Regis yearbook. In 2004, Regis celebrated the 50th anniversary of Fr. Caufield's ordination as a Jesuit.