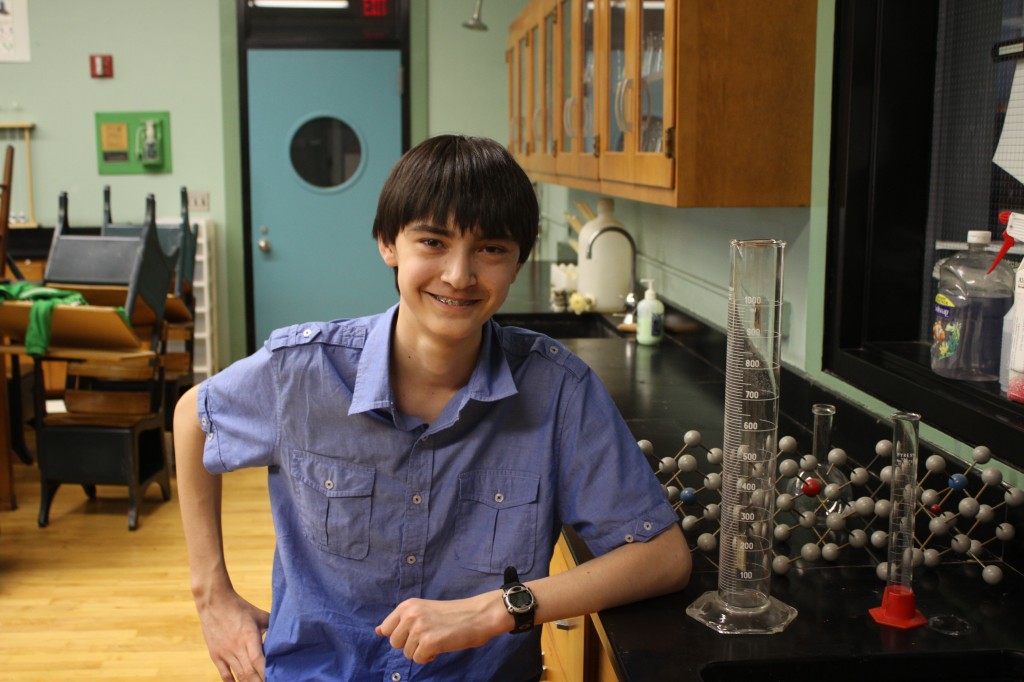 When the 44th International Chemistry Olympiad commences in Washington, D.C. this July, Christopher Hillenbrand ’15 will be one of four high school students representing the U.S. Team. The team was announced in late June after a rigorous two-week study camp organized by the American Chemical Society and held at the U.S. Air Force Academy in Colorado Springs, CO.

The International Chemistry Olympiad (IChO) is an annual competition for the world’s most talented chemistry students at the secondary school level. Nations around the world send a team of four students who are tested on their chemistry knowledge and skills in a five-hour laboratory practical and five-hour written theoretical examination.

Hillenbrand, who will begin his sophomore year at Regis this Fall, scored the highest in the New York metropolitan area IChO competition. He was the only high school freshman in the country chosen to represent the U.S. among approximately 10,000 high school students who vied for a position on the U.S. Team. He is also the first Regis student to represent the United States on a Chemistry Olympiad Team.

For Hillenbrand, his freshmen year experience at Regis contributed greatly to this academic accomplishment. “My first year at Regis has developed my organizational skills, mental maturity, writing skills, and ability to cope with pressure. These all helped me through the whole process, and I hope to draw upon them at the international competition.”

But the support received from his peers at Regis has proven just as influential. “When my classmates realized I had earned a spot at the camp, they yelled and cheered. Their applause and emotional support gave me the confidence I needed. I still do not know how to thank them for this.”

Hillenbrand has also found enormous guidance from the faculty at Regis. “Mr. [Edmund] Dee, my guidance counselor, was very enthusiastic and supportive. He helped schedule my final exams so that I could attend the competition in Colorado. Ms. [Candace] Cooke, moderator of the Chemistry Club, sponsored me for the competition. I am already looking forward to my sophomore year and continuing to work with the science teachers at Regis.”

“We at Regis are very proud of Christopher,” said Dr. Gary Tocchet, Principal of Regis. “Although only a freshman in high school, he not only modeled excellence with his diligence and commitment to the field of chemistry, but he also displayed great maturity and the impressive potential to use his gifts as a collaborative leader in the service of others in the years ahead.”

No stranger to academic achievement, Hillenbrand has demonstrated a talent for science since a young age. He began enrolling in high school level science courses in the 4th grade. By the 7th grade, he passed the AP Chemistry test with a perfect score of “5”, and by 8th grade had earned a perfect score of “800” on the SAT Chemistry subject test.

Throughout the IChO competition, Hillenbrand remained incredibly modest, a quality Tocchet finds most impressive. “As intellectually talented and gifted as he is, he has remained a respectful, cheerful, humble and considerate competitor in the demanding process that resulted in his selection to the U.S. Chemistry Olympiad Team.” For Hillenbrand, the accolades for earning a spot at the Olympiad are secondary to the experience itself. “The competition will be a great opportunity to make many friends. Meeting students that represent over 70 nations will be a fantastic experience. That is the real reward for qualifying.”

Founded in 1914 by an anonymous benefactor and supported by the generosity of her family, its alumni and friends, Regis High School offers a tuition free Jesuit college preparatory education to Roman Catholic young men from the New York metropolitan area who demonstrate superior intellectual and leadership potential. Regis seeks to inspire and train the ethnically diverse young men in its care to become imaginative leaders committed to promoting justice and exerting leadership in the Church, in the civic community, and in their chosen profession.