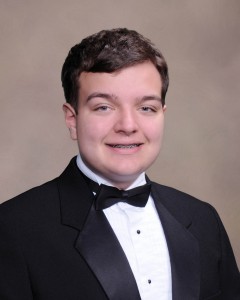 The Intel Science Talent Search (Intel STS) is the nation's most prestigious pre-college science competition. Only 300 students are announced as semifinalists each year. From these semifinalists, 40 finalists are then invited to Washington, DC in March to participate in final judging, display their work to the public, meet with notable scientists, and compete for the top award of $100,000. A list detailing Clarke's project and the projects of other Long Island resident semifinalists was published by Newsday last week (Meet Long Island's 2014 Intel Semifinalists | January 2014).

Clarke will gather with the other 39 finalists in Washington, D.C. for a week-long event beginning on March 6 and concluding on March 12. During that time, he and the other finalists will undergo a rigorous judging process, interact with leading scientists, display their research for the public at the National Geographic Society, and meet with national leaders. The top 10 winners will be announced at a black-tie, invite-only gala awards ceremony at the National Building Museum on March 11.

As previously reported, Clarke credits much of his preparation for the Intel challenge to his education and experience as a Regian. "Undoubtedly, my science education at Regis, especially in the physical sciences, prepared me to understand the astrophysical and geophysical science I encountered over the summer. I found myself calling upon essential scientific principles that I had learned during my chemistry and physics classes to understand these new sciences. My past SRP mentors Mr. Marcucio and Dr. Matone also taught me to be critical, thorough, and organized in my research, traits that were especially necessary for the successful undertaking of my investigation."