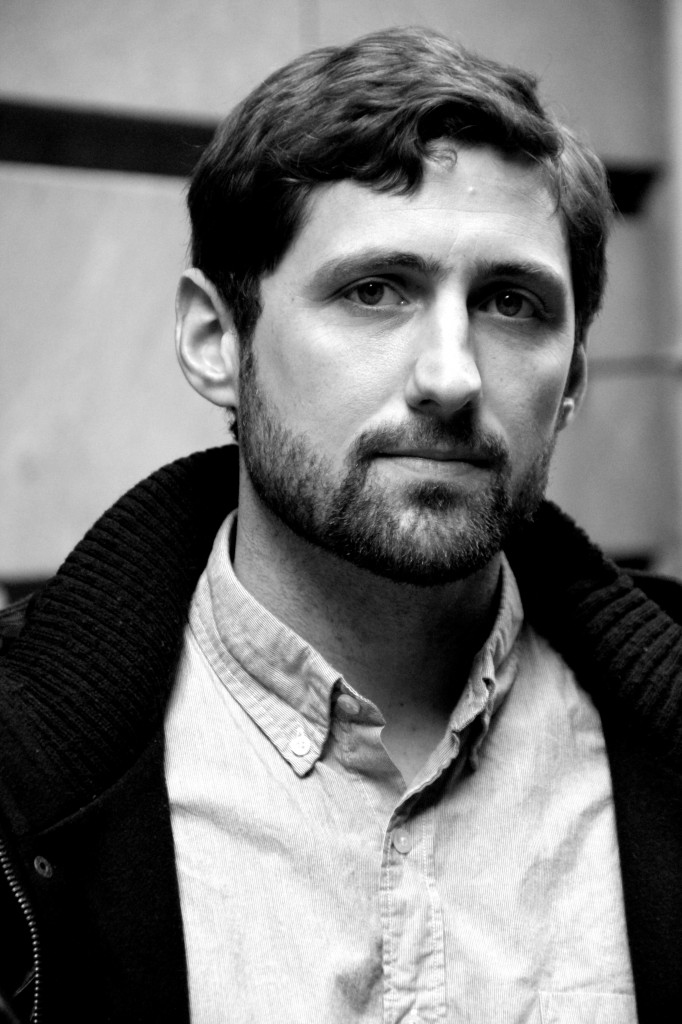 Phil Klay ’01, whose short story collection Redeployment won the National Book Award in 2014, released his debut novel, Missionaries, this fall. In the days before the release of one of the most anticipated and well reviewed books of the year, Klay, a veteran of the U.S. Marine Corps who served in Iraq, spoke with Regis about Missionaries, his writing process, and the lasting influence of his time at Regis. A condensed and edited version of that conversation is published below. When your first book wins the National Book Award, what kind of pressure, whether it be internal or external, does that put on you when you write a second book?

I don’t know. I figure that in some cases the knives will be out and in other cases people will be excited for the next book, but as far as the actual writing of it, it doesn’t really change anything. A day of writing is just a day of writing, and you can’t put too much pressure on a day of writing. Sometimes it’s good, sometimes it’s bad, and when it’s bad, you just go back the next day and write again. What it did do, maybe significantly, is give me the sense of “You know, I can really do this” and that people would be interested in it.

If you could summarize it briefly, what is Missionaries about? And why did you choose these topics?

So it centers around a group of four main characters, and it follows them through various wars that America has become involved in, from Iraq to Afghanistan to mostly in Colombia and then also in Yemen. It’s about 21st century warfare and the globalization of violence, the ways in which the decisions made in one part of the globe and changes in tactics, strategies, and technology can affect the lives of people on the other side of the globe. So you see that through these four characters.

I’ve always loved the war writer David Jones, who in his writing felt that the goal was to make writing incarnational, where you get the reader very close to the physical immediacy of the experience. And yet what does writing about war and trying to get that physical immediacy mean in a world where you can have a Colombian mercenary on an Emirati airbase watching a Yemeni tribesman over a Chinese-made drone before killing him with an American supplied missile? How do you find a way to talk about the changes in our realities that led to that? For me, the best mechanism for doing that was through a novel. That’s basically what I attempted to do: explore that strange, and in some ways terrifying, new world we find ourselves a part of through the use of fiction. 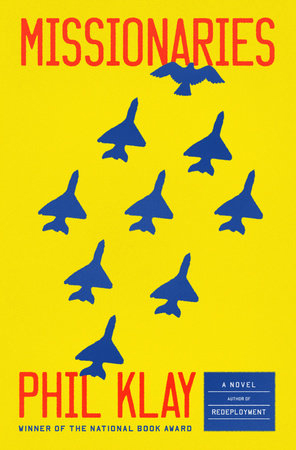 In reviews of both Redeployment and Missionaries, you have received a lot of well-earned praise for the complexity and depth of your characters. How do you go about conceiving of and developing those characters?

The characters emerge organically, and I’ll give you a very quick example. One of the important characters in the book is Juan Pablo, who’s an officer in the Colombian military. In one of his early chapters, the first chapter where you meet him, he’s having dinner with an American character, Mason. And I needed somebody else in the conversation, just to have another voice to liven up the conversation, so I gave him a daughter. I just started writing this chapter, and the daughter became more and more important, and then all of a sudden she became this central character in the book, and his relationship with her became a critical component for understanding him and what he wants from life and where he’s going. That’s just a small example of when you start writing something, and the structure of it is set up to explore these broader themes of war and conflict and violence, but then in the process of trying to make real, believable characters in interesting situations, you end up following what feels most vital and interesting to explore.

How did Regis shape you as a writer?

Hugely. The first story I ever felt proud of and was nervous to share with somebody I shared with Christian Talbot ’93, who was my junior-year English teacher at the time, and he liked it and encouraged me.

I was in an after-school group where you would read religiously-inflected writing and then also volunteer, with Mr. Connelly. We were reading a Flannery O’Connor short story, A Circle in the Fire. Growing up in the American education system we’d sort of been taught to read fiction as if it was a riddle where you’re supposed to uncover the theme. We were trying to do that to this story, and at a certain point, Mr. Connelly just goes, “Stop. Guys, reading this story was an experience. What was that experience like for you?” And I’ll never forget that. Fiction is not something where you read it, decode the theme, and then discard it. Rather, it’s ushering you into a new type of experience, a new way of seeing the world that the author is creating for you. That is the beauty of it and the power of it.

I was on the debate team. Coach DiMichele always impressed upon us this sense that, yes, we’re doing this competitive, intellectual thing, but the key reason that we were doing debate was not to win debates or put something on your college transcript. It was a way of really uncovering and learning how to think through difficult issues and think them through from multiple sides, and understanding the different ways that you can honestly arrive at very radically different conclusions. The way that he tried to model for us a type of intellectual rigor and integrity was really, really critical. That ability to think outside your comfort zone is so critical for a fiction writer. That was really just phenomenal training.

Finally, I studied short stories with Dr. Tricamo. I’m pretty sure I wrote the worst short story of anybody [in that class], but it was a very productive failure. His discussions with me about writing were very productive. 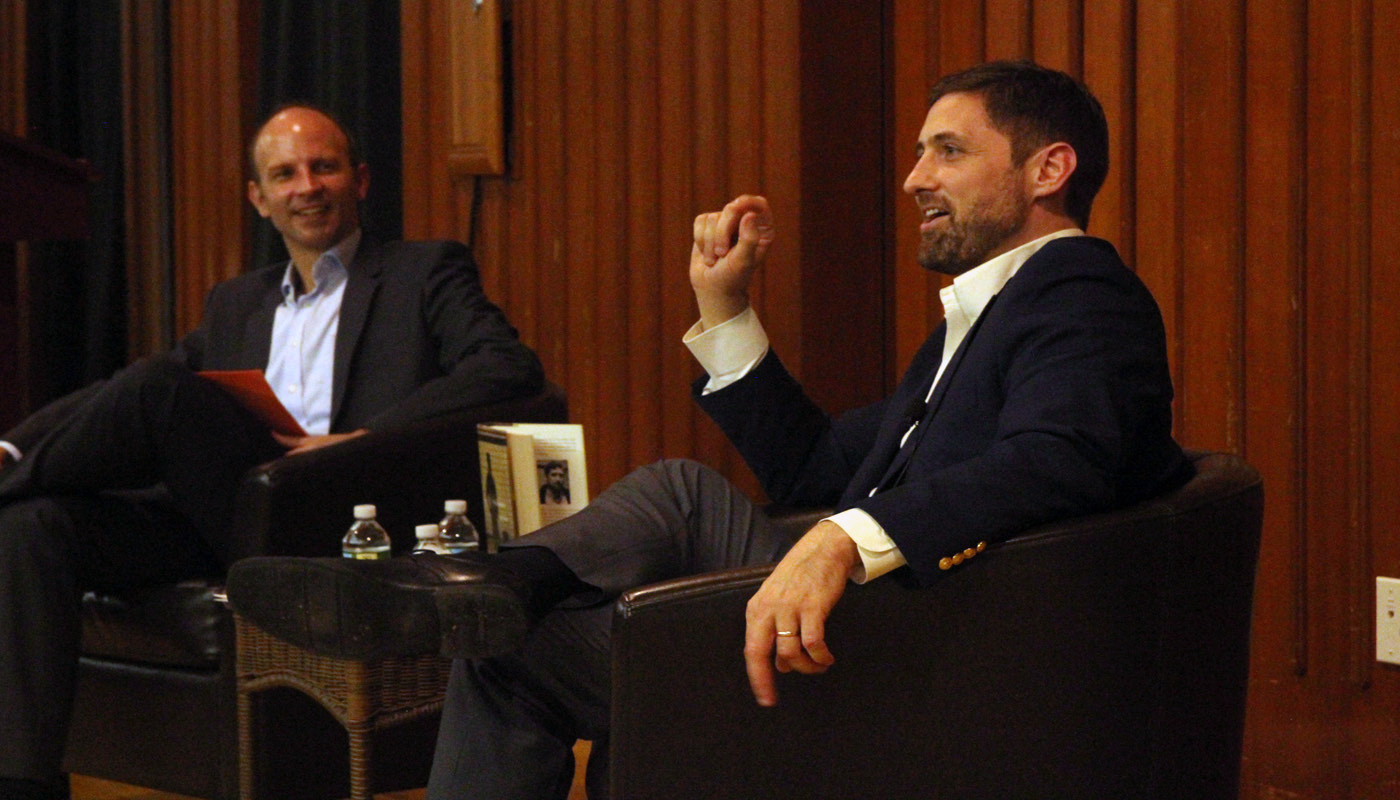 In the past, you’ve discussed how being a Catholic writer is not about writing about explicitly Catholic topics so much as it is about your faith informing and coming out in some way in your writing. How is that manifested in Missionaries?

There are very direct religious themes in Missionaries, as you might note from the title. Faith of different types, including very secular faiths, is a direct concern of the book. That sensibility is shot through the book: my concern with what people believe and how that matches up to a sometimes brutal reality, how they respond not just in terms of the decisions they are making but in terms of their worldview and understanding of the universe that they inhabit, to war and things that happen in war.

You didn’t have children when you wrote Redeployment, and now you have three and had two for most of the writing of this book. How did becoming a father as you were working on Missionaries affect the book?

I definitely have a lot less time for writing, but I just think that having kids is such a marvelous thing, as hard as it is. Certainly, fatherhood is an ongoing theme in the book. What do you hope for for the future generation? And what compromises are you willing to make to achieve that? I mentioned that Juan Pablo’s daughter becomes a central character in the book, and I don’t think that it’s an accident that that occurred as I was having children for the first time myself.

You mentioned the lasting lesson from Mr. Connelly that a story is something you experience rather than a riddle to be solved. What do you want your readers to have experienced when they finish Missionaries?

A good book! The great thing about writing is you put something out, and people will respond in ways you couldn’t have anticipated. So I just hope that it strikes a chord with some people very deeply, and I hope that it opens people's eyes to aspects of how American military power operates in the world. I think that it does have something new to say in that regard, and it tries to take subjects that are difficult to talk about and often very abstract and make them visceral, and show how they affect the lives of people. But beyond that, I don’t know.