Calendar
Events
Shop
Auction
Employment
Directory
Contact
myRegis
Charting a Brighter Future
More than 400 Catholic middle schoolers have graduated from the REACH Program since its founding. These young men collectively have earned more than $25 million in scholarships to Catholic high schools, and they’ve gone on to attend elite colleges, from Georgetown and Cornell to M.I.T. and Fordham.

Their stories, five of which are shared below, are the story of the REACH Program. 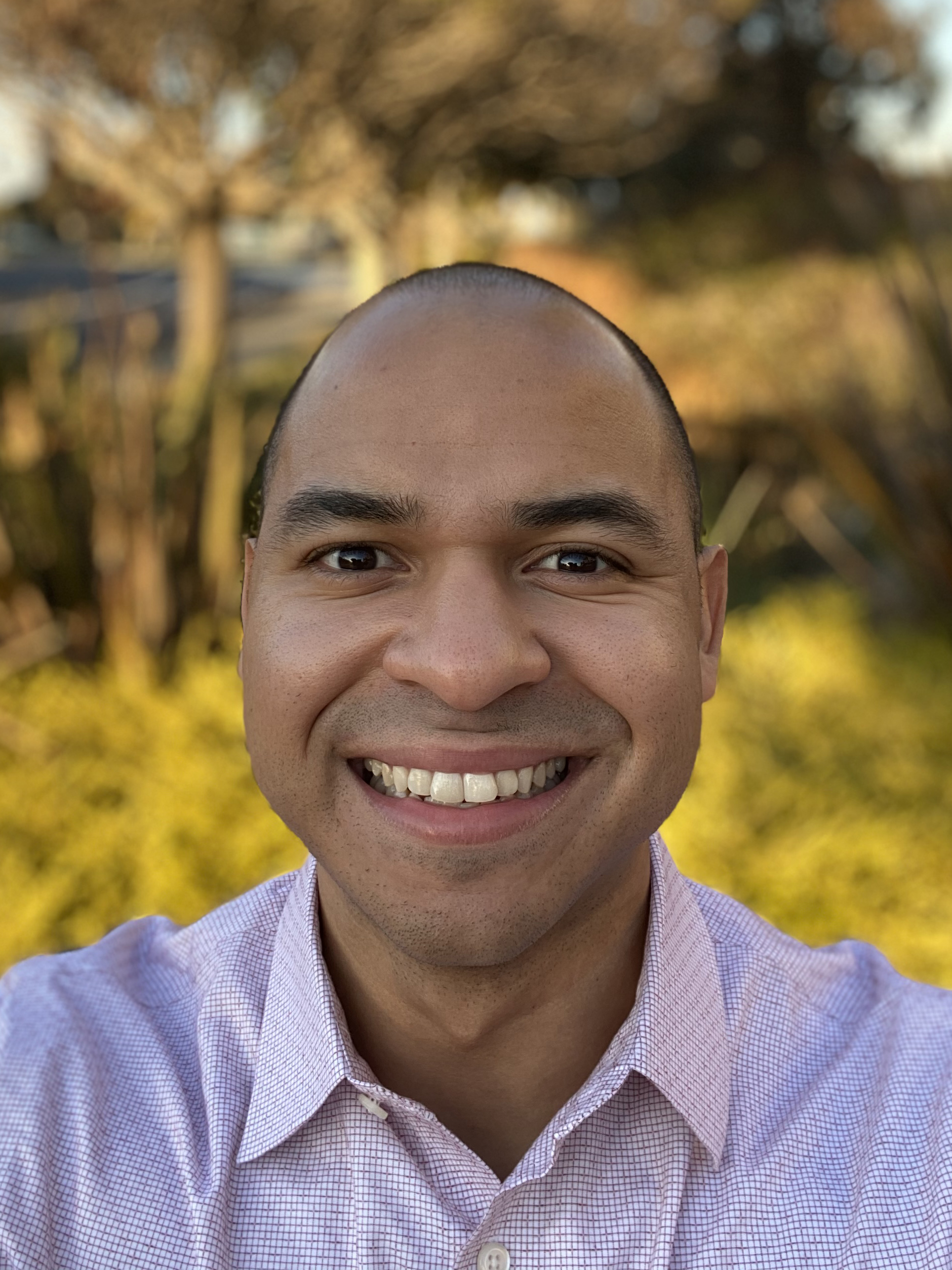 When Fr. Chris Devron, SJ, visited St. Nicholas of Tolentine School in the Bronx to encourage students to apply for a spot in the inaugural class of the REACH Program, one fifth grader hung on every word.

“I had always been kind of ashamed of the fact that I was the smart kid or the nerd or pretty gentle and got good grades...while everyone around me was focused on basketball and the neighborhood and being cool,” Ruben Martinez remembers. “It was the first day, honestly, I feel like in my school career up until that point that I actually felt like — wow, here’s an opportunity to have somewhere where I could belong or something for kids like me.”

When Martinez got home, he gave the brochures Fr. Devron had distributed to his mother, telling her that he wanted to attend Regis, a high school he hadn’t heard of prior to that day, and that this new program could help get him there.

Asked where this internal drive came from at such a young age, Martinez points directly to his mother, who came to New York from the Dominican Republic at 19. A single mother who didn’t speak English and struggled to make ends meet, she stressed to her two sons that their difficult circumstances didn’t have to be permanent.

“From as long as I can remember, she always said education was our one opportunity to change all this,” Martinez says.

He took his mother’s words to heart, throwing himself into REACH, where he immediately felt at home, and ultimately graduating from Regis and SUNY Binghamton.

Martinez, who now manages a team at Facebook in the tech giant’s office in Austin and recently purchased a home there with his wife, has come a long way from that classroom at St. Nicholas of Tolentine. But he says he frequently reflects on the journey that began with a visit from Fr. Devron.

“It has been a step change in terms of my trajectory, and I would not at all be where I am today without that.” 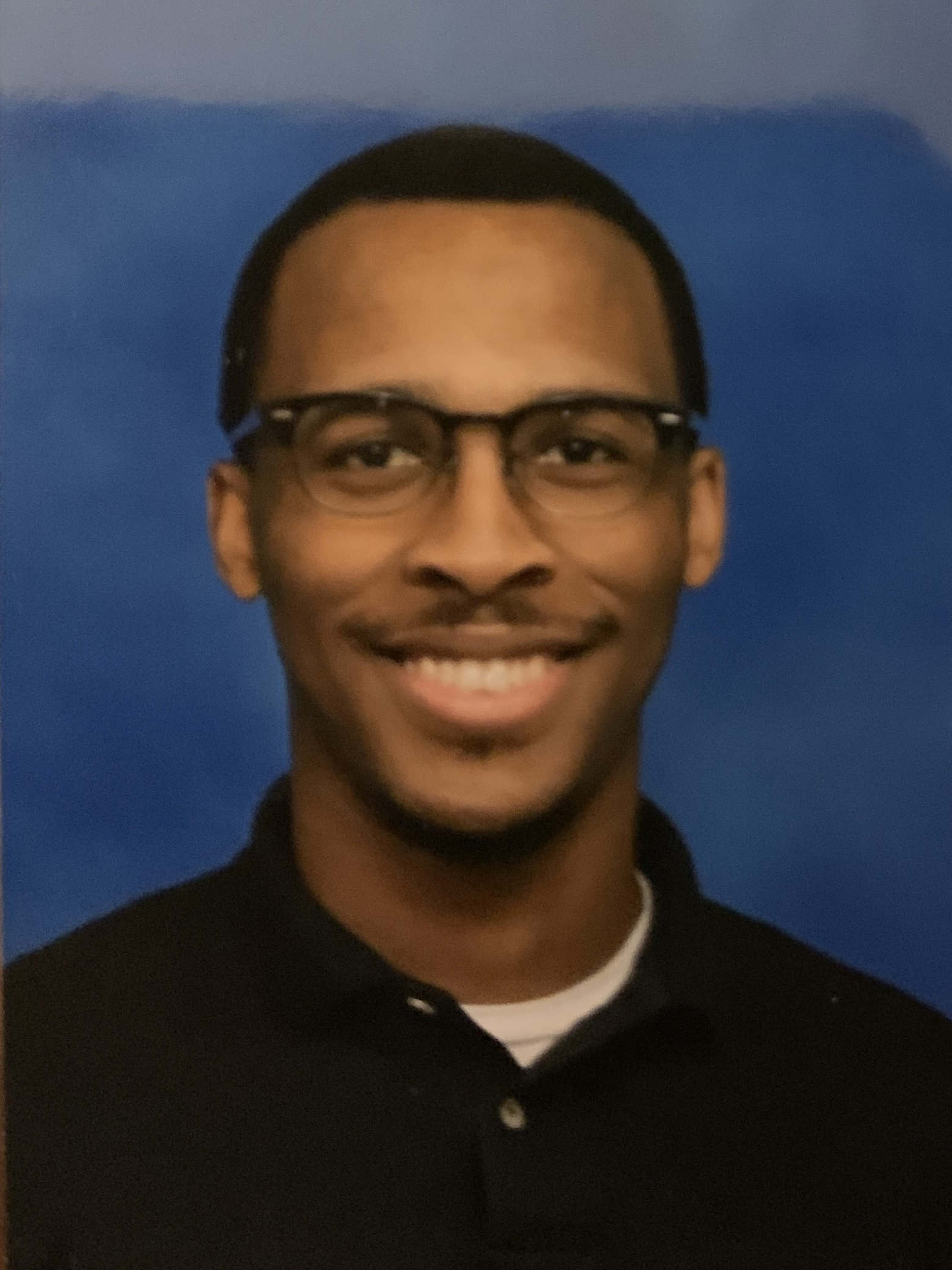 Keith Mesidor wanted nothing to do with the REACH Program.

“Imagine you’re 10, and they’re like, ‘Oh you have to go to summer school, but it’s not because you did bad in one of your classes. It’s just summer school,’” Mesidor says. “I’m pretty sure I cried.”

Mesidor’s parents felt differently. After moving from Haiti to Brooklyn when Mesidor was five, his mother and father sought out any opportunity to enhance their son’s education. While it still took time for Mesidor to come around to the idea of taking classes during the summer — or on Saturdays throughout the school year, for that matter — he liked his REACH classmates immediately. In fact, Mesidor says his best friend is Chris Chavez (see p. 19), whom he met on his first day in the program.

Mesidor’s appreciation for REACH deepened, though, when he enrolled at Xavier High School along with several of his classmates from REACH. It didn’t take long for Mesidor to realize how much learning algebra and doing advanced reading in REACH had set him up for success. “The transition both socially and intellectually was smooth,” he says.

Mesidor went on to Notre Dame, where he earned a degree in Science Preprofessional Studies and was a long jumper on the track team. He became a dentist, and is now completing his residency at a VA hospital in Washington, D.C.

Looking back, Mesidor credits the REACH Program for instilling in him the discipline required to thrive academically and professionally. 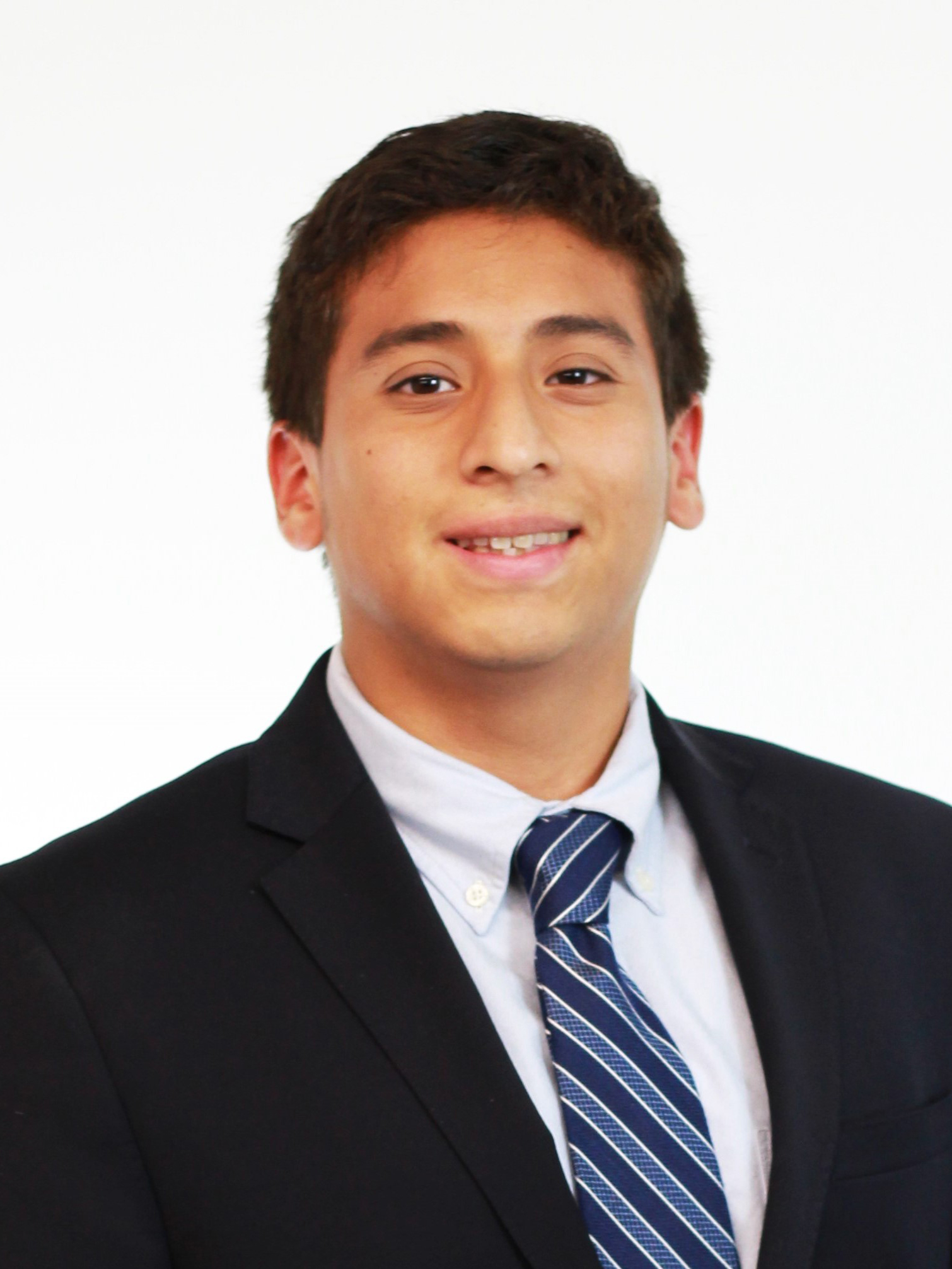 Some days, Adrian Alonzo, who graduated from college less than two years ago, finds himself overseeing a dozen subcontractors as their teams execute construction projects at major commercial properties in New York City. And sometimes that means admitting what he doesn’t know.

“I was taught to always ask questions,” Alonzo says. “Be open to different opportunities and possibilities.”

Alonzo was taught these skills, he says, in the REACH Program. They’re hardwired into him now, allowing him to confidently ask men and women with decades of experience the right questions at the right time and in the right manner.

It’s not the first time Alonzo has noticed the work he put into REACH paying dividends. In his first English class at Fordham Prep, he clearly saw REACH’s impact. Alonzo, whose parents are from Ecuador, grew up speaking Spanish, so English class always had been challenging for him. But now, as a freshman in high school, he felt comfortable.

“I didn’t feel behind the other students,” Alonzo says. “I felt like I was right on pace. And I definitely had the REACH Program to thank for that.”

After excelling at Fordham Prep, Alonzo attended Holy Cross, where he majored in Economics and Physics and, for two years, roomed with one of his classmates from REACH.

Alonzo eventually plans to attend graduate school. He knows that, as he continues through life, the values and skills he picked up at REACH will continue to guide him. 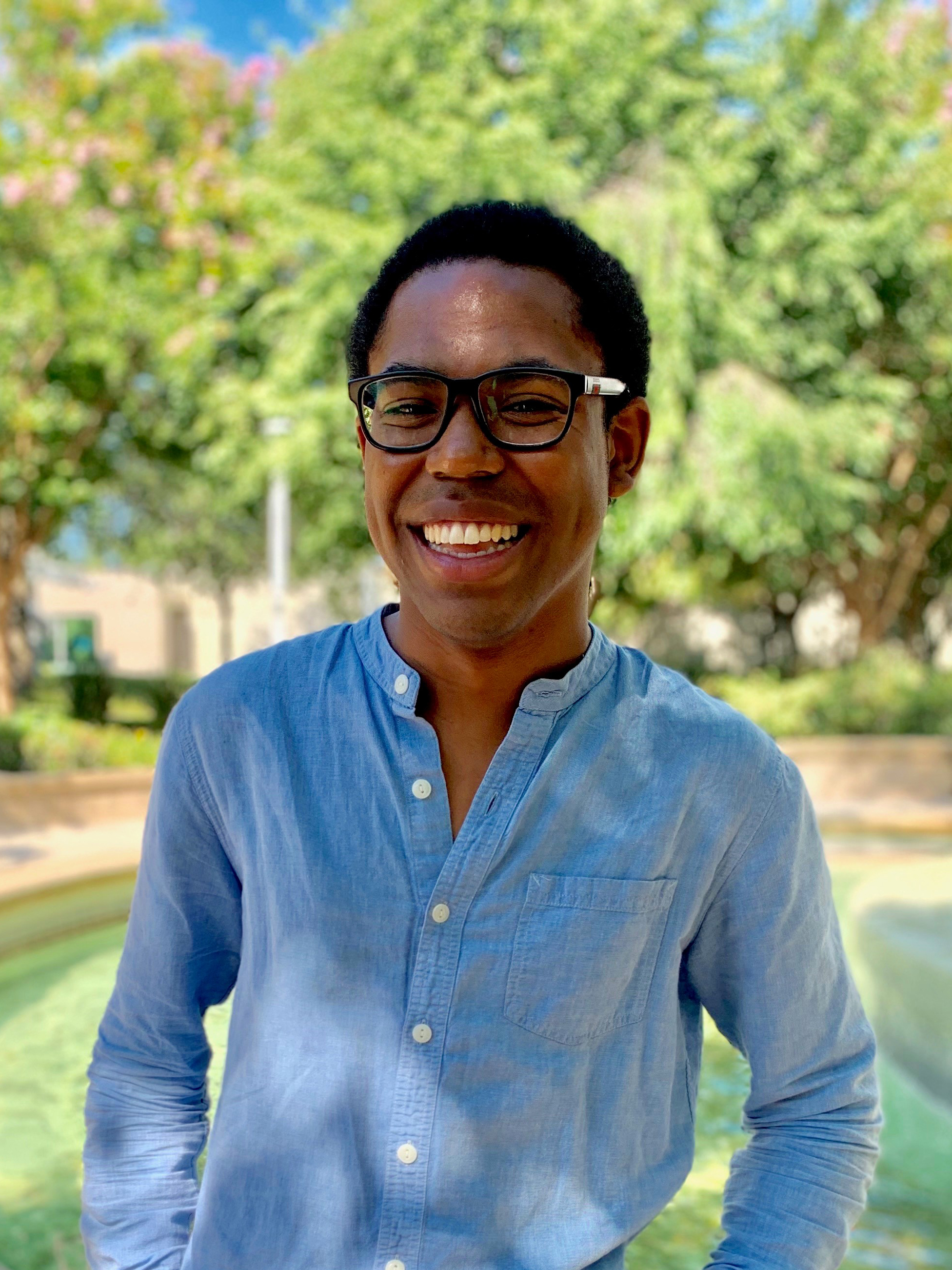 Chris Campbell loved his Math classes at REACH, but not necessarily for the reasons students typically enjoy a class. He always excelled in math at St. Ann School in the Bronx, but REACH was different.

“It was great because I didn’t get everything right, and it took me a lot more time,” Campbell says. “I was never just sitting there, and there was always room for improvement.”

Similarly, in his English Language Arts classes at REACH, Campbell felt the conversations analyzing the books the students read were at a deeper level of sophistication than he was accustomed to. He relished learning alongside students who, like him, strived to succeed in school and genuinely enjoyed learning.

As much as Campbell improved as a student thanks to REACH — he earned a scholarship to Loyola and will graduate from Tufts this spring with a degree in Biology and Biotech Engineering — he says the personal and spiritual formation side of the program may have been even more significant.

“I feel like I literally got my personality or learned what my personality is from REACH,” Campbell says. He entered the program as a quiet, shy young man. By his second summer in Scranton, though, Campbell says the REACH principles had altered the way he carried himself and the manner in which he interacted with others. He learned how to lead inside and outside the classroom, and he was more open to new experiences.

As he looks forward to his college graduation this spring, Campbell, who is planning to find a job in Biotechnology in New York, is confident that these traits will help aid him in the professional world as well. Airam Cruz can tell you exactly where his interest in Aerospace Engineering, his major at Rensselear Polytechnic Institute, originated. During his first summer in Scranton, Cruz and his REACH classmates went on a field trip to a nearby observatory.

“It was the first time I saw with my own eyes the different planets and stars through a telescope,” Cruz remembers. “And it blew my mind.”

Cruz hadn’t even started sixth grade yet, but he was instantly hooked on astronomy. He began teaching himself as much as he could about the subject in his spare time through documentaries, YouTube videos, and books. This passion continued throughout his high school years at Regis, and Cruz has now immersed himself in the subject at one of the top-ranked engineering schools in the country.

A native of the Hamilton Heights section of Harlem, Cruz almost didn’t even apply to REACH. He was hesitant to give up his summers and so many Saturdays during the school year, but his mother pushed him to pursue the opportunity.

Cruz now views REACH as the critical turning point in his life, and he is grateful for his mother’s foresight.

“Honestly, it was the best decision I’ve ever made in my life.”