After a long hiatus, the Regis High School Golf team returned to action in 2019 and made school history. Christian Garcia De La Jara '21 shot an impressive 77 on June 3 at James Baird Golf Course in Pleasant Valley to win the state tournament by one stroke.

“The experience was thrilling,” the sophomore said. “This was a first for me, and the entire time I was ecstatic about the possibility of winning. I had a feeling I was going to end up high in the standings, but people just kept coming in, and my score held up.”

Assistant Athletic Director Sal Annunziata, who coached the team and will serve as Athletic Director beginning in the fall, raved about Garcia De La Jara’s improvement during his first season in high school competition.

“Christian has put so much time and effort into perfecting his craft,” Annunziata said. “It’s so great to see it all come to fruition for him. To go out and shoot a 77 as a sophomore in the tough conditions of James Baird State Park, it goes to show you what he is truly capable of. I’m very proud of him.”

Garcia De La Jara wasn’t the only Regian who was impressive at the state tournament. Classmate George Roessler ’21, who excelled throughout the season, shot an 81 and won a five-person playoff to finish fourth.

The state championship performance brought the team full circle to the preseason, when the Regis squad was excited to receive encouragement by way of a video message from PGA legend John Daly. Annunziata had arranged for the kind words from Daly through a friend with the PGA tour.

The season didn’t end with the state championship. By finishing in the top 6 at the state tournament, Garcia De La Jara and Roessler both qualified to represent the CHSAA at the New York Federation Tournament, where a team of standout performers from the Catholic league squares off against teams from the leagues for public and independent schools. Playing at the famously challenging Bethpage Black Course, Roessler finished 9th with an 84 and Garcia De La Jara finished 16th with a 93.

“It has truly been unbelievable this season,” Roessler said. “The group of guys we have meshed together so well, and we really felt like family. We always had each other’s backs and whenever someone had a bad day, another team member was there to pick him up. We had many great triumphs, but the brutal losses helped bring us closer together.”

The team had more triumphs than losses, compiling a stellar 11-3 record during the regular season. With just one graduating senior, Alex Lee ’19, on the team, the rest of the roster is poised to return for the 2020 campaign next spring.

“From hitting golf balls into the nets of the lower gym to a state championship, it has been great to see the quick development of our golf program,” Annunziata said. “I can’t say enough about the character and selflessness of the 8 golfers on our team, who have put themselves on the map. We look forward to building off of this year and continuing to get better. Regis Golf is here to stay.” 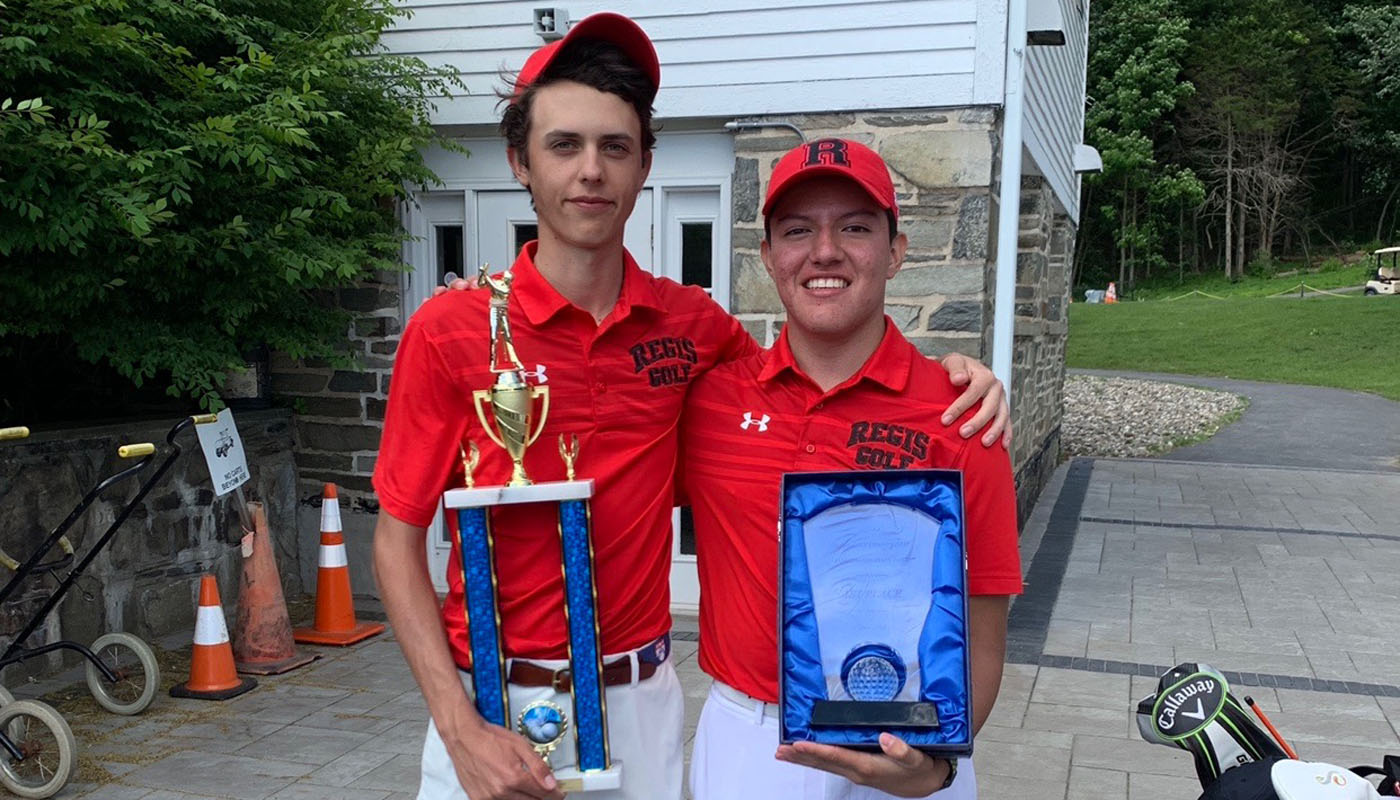